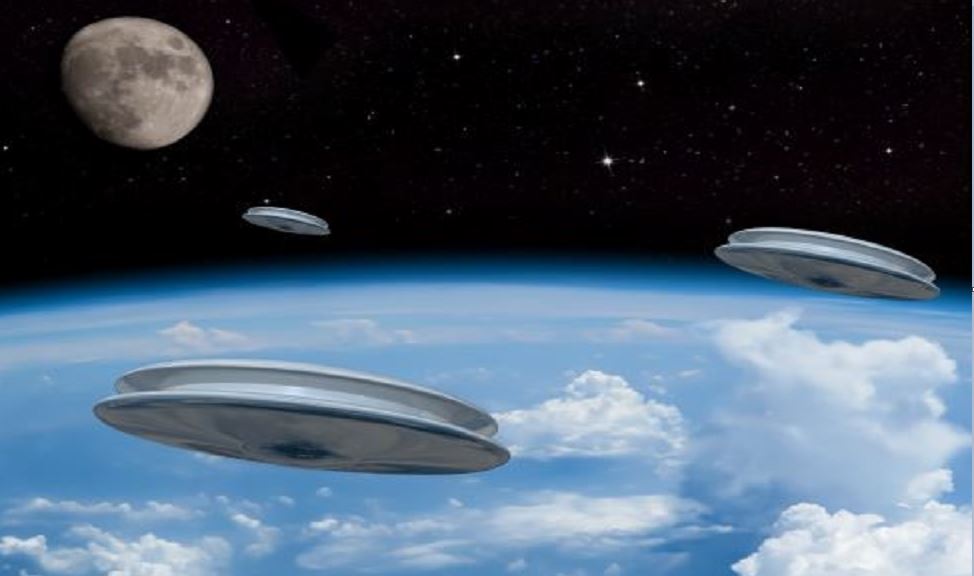 If any of your readers have had anything like this happen to them, would you please let me know because this experience has made me feel so alone.

Thank you much, Michael D.   NOTE: The above image is CGI. 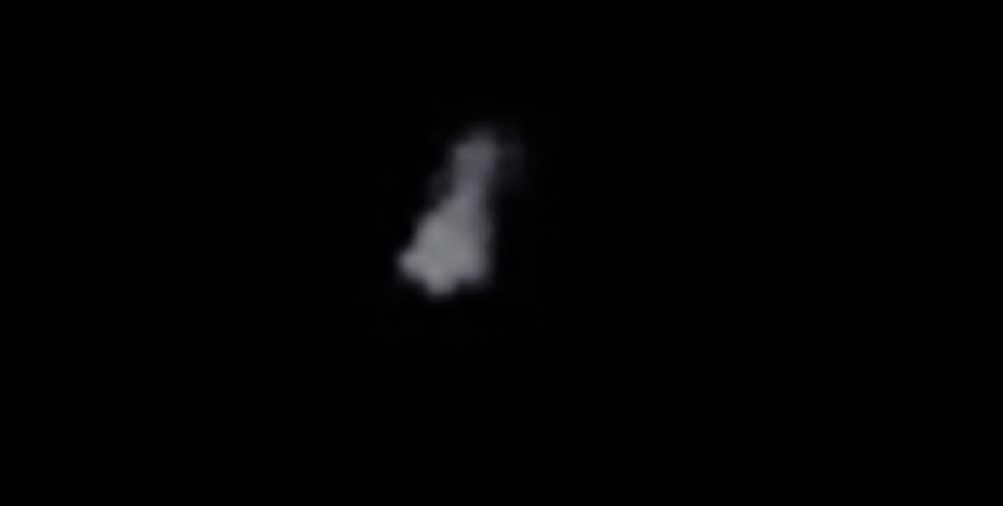 First off I would like to say I served in the military for 8 years and have never seen anything like this. I went outside to smoke a cigarette which I do every night. I like to look at the stars at night especially nights like tonight when there is no moon it’s beautiful. Any ways as I was looking north easy from my front door about the small mountain which is no more then 300 yards away I noticed a very low and bright object I know this was not a star it was too low and I know it was not a plane or helicopter. 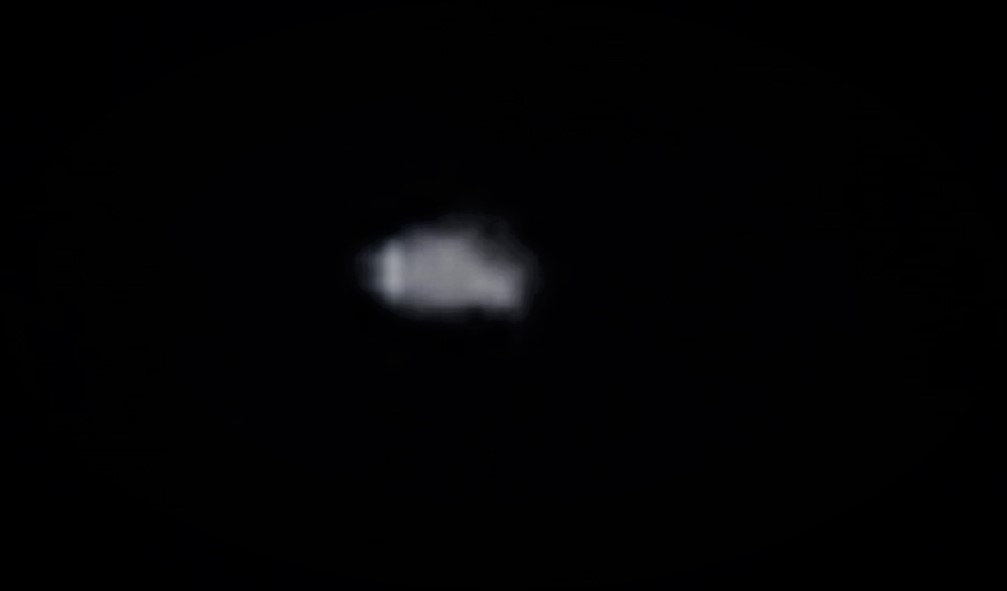 This object made the most beautiful colors and went from being very erratic to pulsating and almost calm I watched for awhile but I got emotional all of a sudden and I had to get inside the house something didn’t feel right I actually starting crying and didn’t know why. I built up enough courage a few minutes later to take a few pics with my phone mind you there terrible because it was pitch black. I just want answers of why I felt the way I did. I’m not crazy this thing scared me and I saw something very out of place. 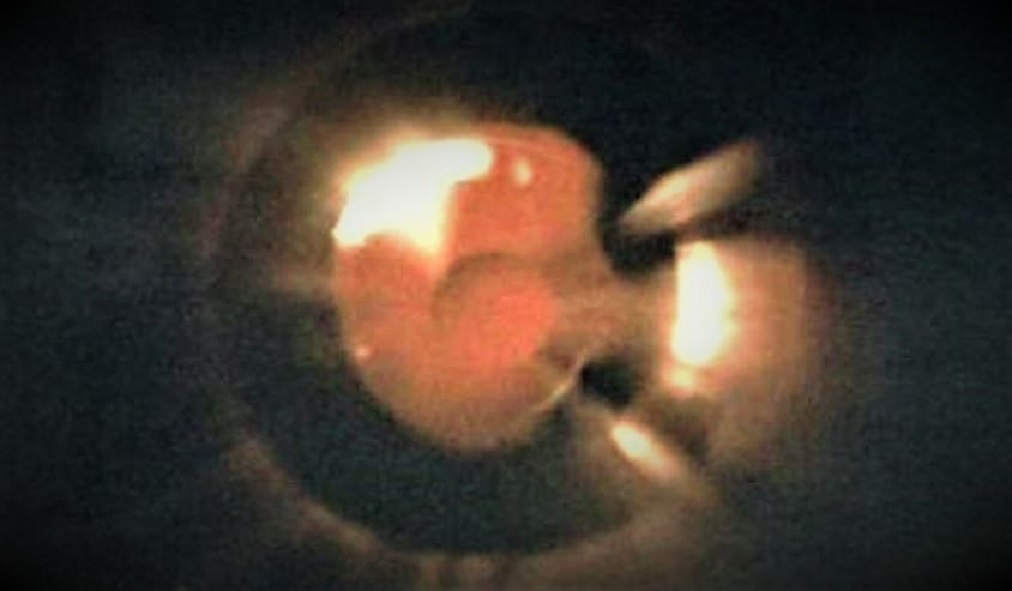 UFO SHOCKER: Is this the bottom of a flying saucer hovering over photographer’s head? THIS bizarre picture is the base of a “UFO” snapped by a photographer as it hovered over his head, it is remarkably claimed.

UFO from below: This could be the bottom of a flying saucer, says Malcolm Robinson.

The “craft” was reportedly photographed by a man, who had to “bend over backwards” to get it in sight above an oil refinery.

The extraordinary image was revealed to the audience at the Outer Limits Magazine 70 Years of the Modern UFO Era conference in Hull by UFO investigator Malcolm Robinson.

Mr Robinson, who has investigated UFOs since the 1980s, said it was the most remarkable UFO picture he has come across.

He told the audience that two men were photographing the BP oil refinery at Grangemouth, central Scotland, at night when they spotted a distant red object.

It then flew directly towards them, he said.

Malcolm Robinson says it is the most extraordinary UFO picture he has seen.

He said: “This red ball of light shot across towards them and was 200 to 300 feet above when he took the picture.

“He literally had to bend over to take it.

“We checked with all the usual people and there was nothing in the area at the time.

“It is nice we got a photo. Is that evidence?

“I am here to tell you to open up your minds.”

The image was sent to him in 1991 but remains one of the most compelling he has seen.

In an article on the SPI website, Mr Robinson said: “UFO testimony is one thing, but when you receive testimony backed up with a quite spectacular UFO photograph, well that’s another matter.

“We at SPI received quite an amazing UFO photograph which was unlike anything we have ever seen before.”

The incident happened on November 12 at around 9.30pm.

Phil Trevis snapped it with a friend at the time.

In a report sent to SPI with the picture, he said: “My friend and I were taking photographs of the BP chemicals plant in Grangemouth (from Polmont Reservoir) when we noticed a dim, or rather, two small dim flashing lights over by the two ‘flashing pylons’ at Kincardine Bridge.

“We watched the object, which we thought was a helicopter, fly slowly over from the bridge to above the brightly lit Grangemouth Stadium.

“We watched it hover for around five minutes. It was then that we noticed that the ‘craft’ wasn’t making any noise.

“Normally, if it was a helicopter, we would have heard the blades. It then turned around and faced our direction.

“It was roughly 2,000 feet above the ground, then it dipped and increased dramatically in speed.

“At the point of the photograph, it was about 200 to 300 feet directly above us.

“It was then that we heard the light ‘pulsing hum’ of the object.

“My friend and I were quite shaken at the time, but afterwards had an overwhelming sense of excitement.”

Mr Robinson added: “What you are actually looking at is the underside of the object – concave, with numerous bright flashing lights being thrown out into the dark night sky, which creates a sort of halo effect.

“SPI conducted the usual lines of investigative enquiry to try and get to the bottom of this incident.

“We ascertained that there was no aircraft activity in that part of central Scotland that night.