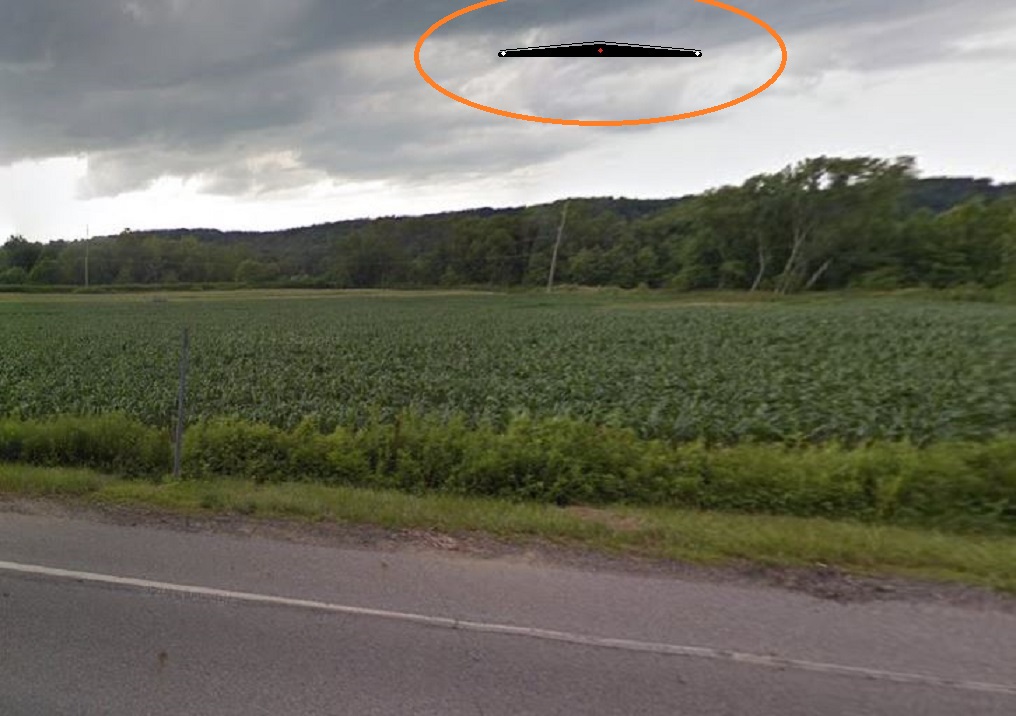 MULTIPLE ORANGE ORB FORMATIONS IN VERMONT
.
NOVEMBER 20, 2013    ……….   BERLIN VERMONT
.
On Nov 20th, 2013, I was driving home from work heading south on I-89. I had just come to the top of the big hill and was passing the Berlin exit on my right when I looked to my left and out over the city of Berlin I was what looked like up to 7 large (maybe the size of a pea if you were to hold one out in your hands at arms length) bright orange lights.  I watched for a few seconds as the light stayed stationary in an odd slightly uniform geometric shape, maybe something that would resemble the corners of say an octagon or possibly a six sided star then a few of the lights” faded out,” except three that stayed in a large triangular shape for maybe another second or two then they faded out as well.  The size of the formation was maybe the size of ones fist, i.e. if you held out your fist, it would roughly cover the array of lights.  I reached for my phone to turn on the camera and try to get a picture, but they were gone by then. The sighting lasted possibly 5-7 seconds roughly.  The skies were perfectly clear and bright with no clouds and no limit to ones visual range.   I would say that the direction I was looking in was South possibly South West.  As I continued driving, I tried to rationalize what it was, and the best I could come up with was that maybe it was a meteor burning up or something in space. However, at approximately 5:05 pm EST, I arrived at the Williamstown exit and exited right off of I-89 south and turned left towards Williamstown, VT.  I was shocked when I looked up and the lights were back in the same direction as before (roughly the same spot in the sky ). This time the lights were in a sort of crescent moon line, not a straight line with the arc opening upwards towards the sky.  I quickly turned into a driveway and hoped out with my camera, however when my camera came on the lights faded out again. This time there was 4 lights and they faded out at once, as far as I could tell, and there was a small light blinking, at roughly where they were.  I then arrived home at roughly 5:20, and it was dark at this time. I stayed outside looking for as long as I could, and noticed that there were two jets very high in the sky that were making huge circles in the sky overhead. I could literally watch them make a he circle which took up about as much or the sky as I could see from my home. They remained in the sky for as long as I stayed outside.  NOTE: The above image is a rendering.
.
KEN PFEIFER WORLD UFO PHOTOS AND NEWS
WWW.WORLDUFOPHOTOSANDNEWS.ORG
WWW.WORLDUFOPHOTOS.ORG
THANKS TO WWW.NUFORC.ORG
.
.