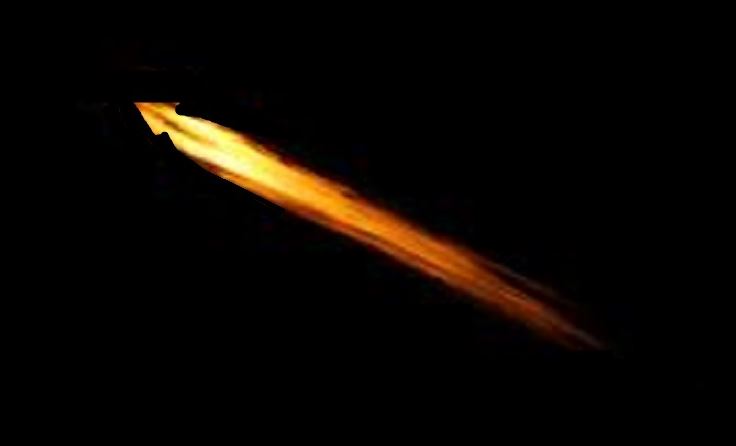 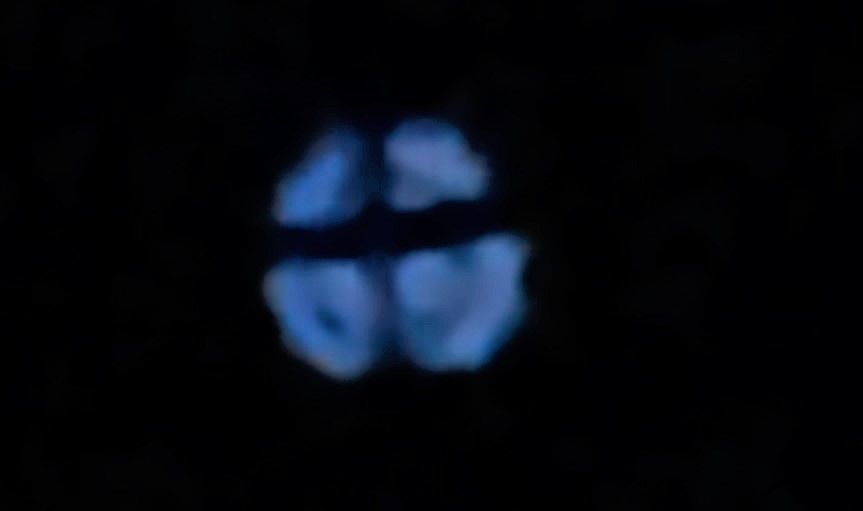 Woke up and was looking out the window at 3 am on November 7th. I saw something flashing in the sky and it was a object above the tre line up by the stars it seemed. There was a trail of about 7 lines in a triangle shape. Whites, green and red For out of bed and took about 50 pictures of this. It seemed to change shapes It moved very slow I watched it for about 30-3( minutes and took pictures of it. Went back to bed , it was still there. I live in the woods with no city lights around or any major airports. 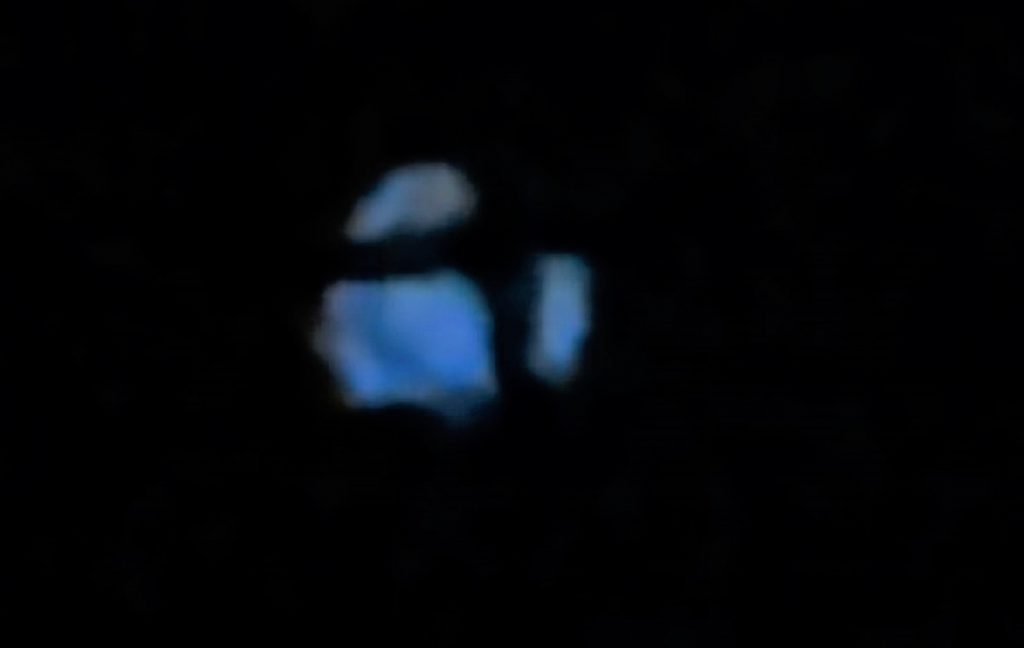 This thing just flashed and seemed to change shapes as the pictures show. I have many more photos then I could attach on here too.  KENS NOTE:  These objects were in the upper atmosphere.  The better camera’s means better photo’s.  The millions of pixels help us in enlarging these photos with great clarity. 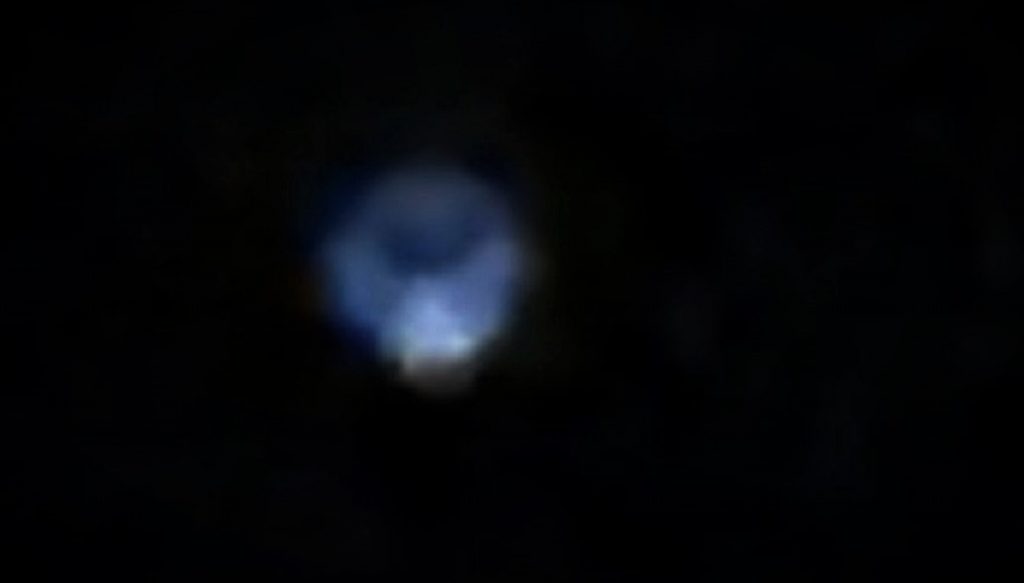 SEE ALL OF THE PHOTOS ON HTTP://WWW.WORLDUFOPHOTOS.ORG 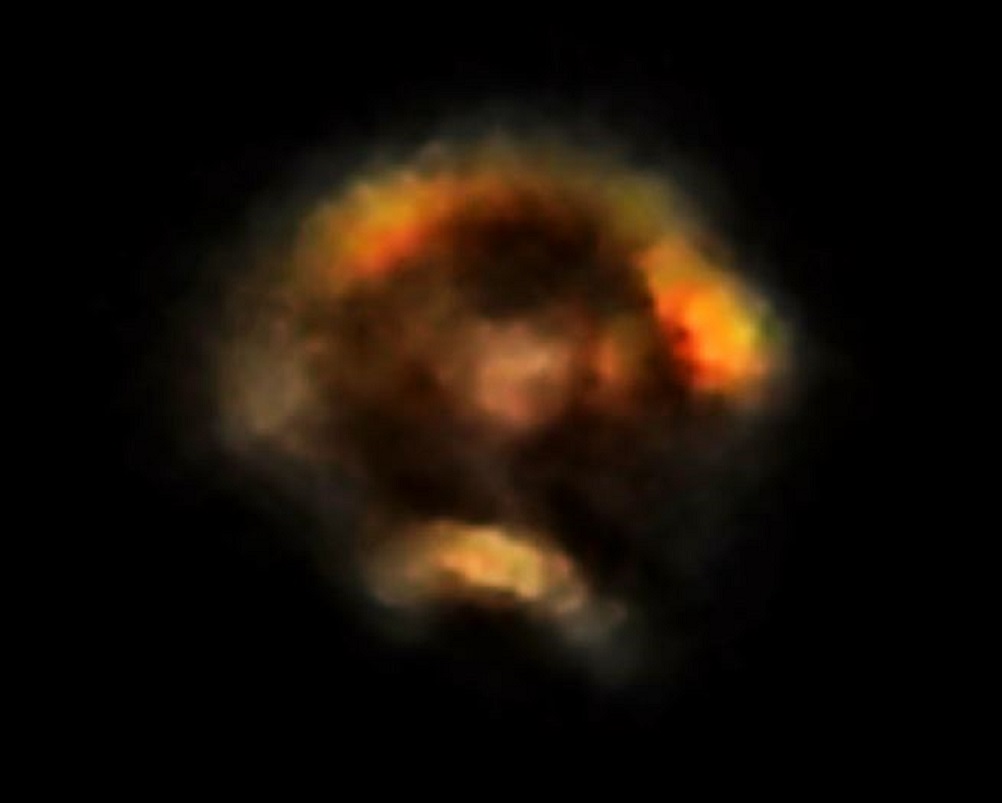 Hi Ken: I was taking photographs of the moon when I felt a burning sensation on the back of my neck. It felt like someone has shone a high powered laser on my neck. I immediately turned around and I was amazed by what I saw. There was a ring shaped UFO hovering in the sky. The ring shaped UFO then started to morph in to many different shapes and then began to move from left to right over and over again it was very hypnotizing I just couldn’t take my eyes off of it I was mesmerized… 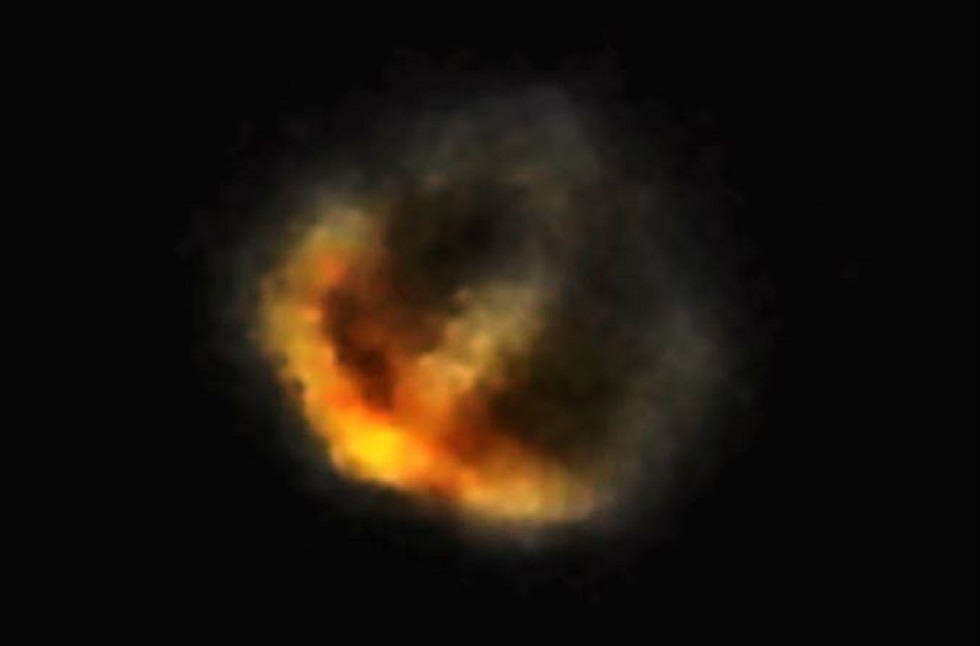 It was then I realised that I just couldn’t move no matter how hard I tried all I could do was stare intently at the UFO watching it’s bizarre morphing movement. Then all of a sudden a loud firework went off behind me and snapped me out of the hypnotic trance I appeared to be in. I then quickly raised up my Nikon P900 camera and took a burst shot of the UFO capturing the bizarre morphing UFO in seven photographs. 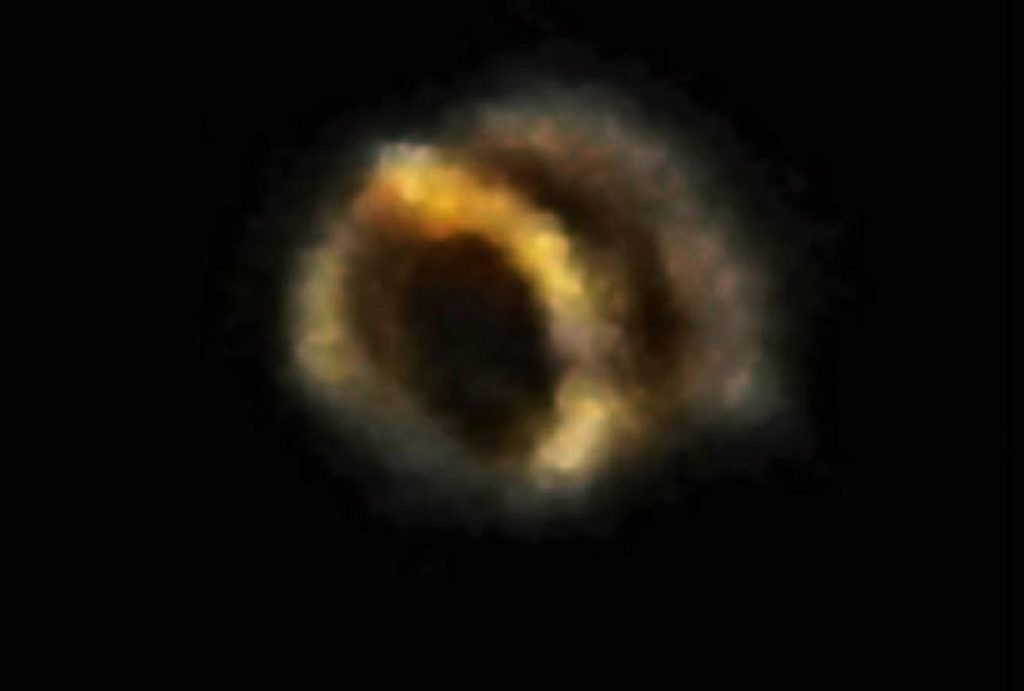 The incredible morphing UFO then shot off in to the distance and disappeared. How was this UFO able to change shape like that? why couldn’t I move? The photographs were taken on the 6th of ‎November ‎2017, 11:55 PM at Newton Abbot Devon England. All the best John.

SPECIAL THANKS TO UFOLOGIST JOHN MOONER 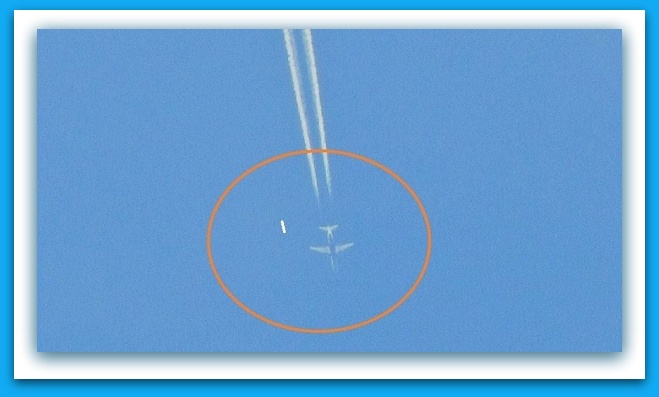 While visiting the Cape May County Zoo with my wife and grandson, we were in the process of eating our lunch at the picnic tables and I looked up and saw a large plane flying over and I noticed a flash of light. My wife did have her new digital camera with her but by the time she got it out and handed it to me, the object was gone from the side of the airliner.  I fumbled with the camera and finally turned it on but the small screens on these cameras are useless.  Taking photos of object close with no sunlight , they are great, but taking photos close to the sun, the screens come up blank.  The altitude of the plane was approximately 5,000 feet and flying in a North/East direction. It was apparent that a silver like cylinder was flying along side the airplane.  At first I thought it was a military plane and was being escorted by a military jet but the object had no wings.  It was shadowing the large commercial jet towards the rear of the plane.  The objects distance from the plane looked to be a full wing span. I could see the sun reflecting off the cylinder and I managed to finally take a few photos but the photos show that I did not capture the object because of todays digital cameras. Its almost impossible to see anything on the small screens. I just started shooting photos in the general direction and one photo did capture an object in it. The object looks dark gray in color and it looks to be at a lower altitude than the jet that passed over.  I am a Chief Investigator with MUFON in New Jersey. If you are not looking up into the sky, you will never see a UFO. The time of day was 1.23 pm and the sky was partly cloudy. No winds notices and the temperature was aproximately 65 degrees. I did report the sighting to MUFON and finally classified the case as unknown.  NOTE: The above image is a rendering.