Hi Ken : I was sky watching and I had my Nikon P900 camera setup on a tripod and I was facing towards the east. I was looking through the camera viewfinder at a blue part of the sky when a slow moving object came into view. I immediately began to zoom in on the object to get a better look and try to identify it. Right away I could see that the object was something strange and out of place and possibly other worldly. 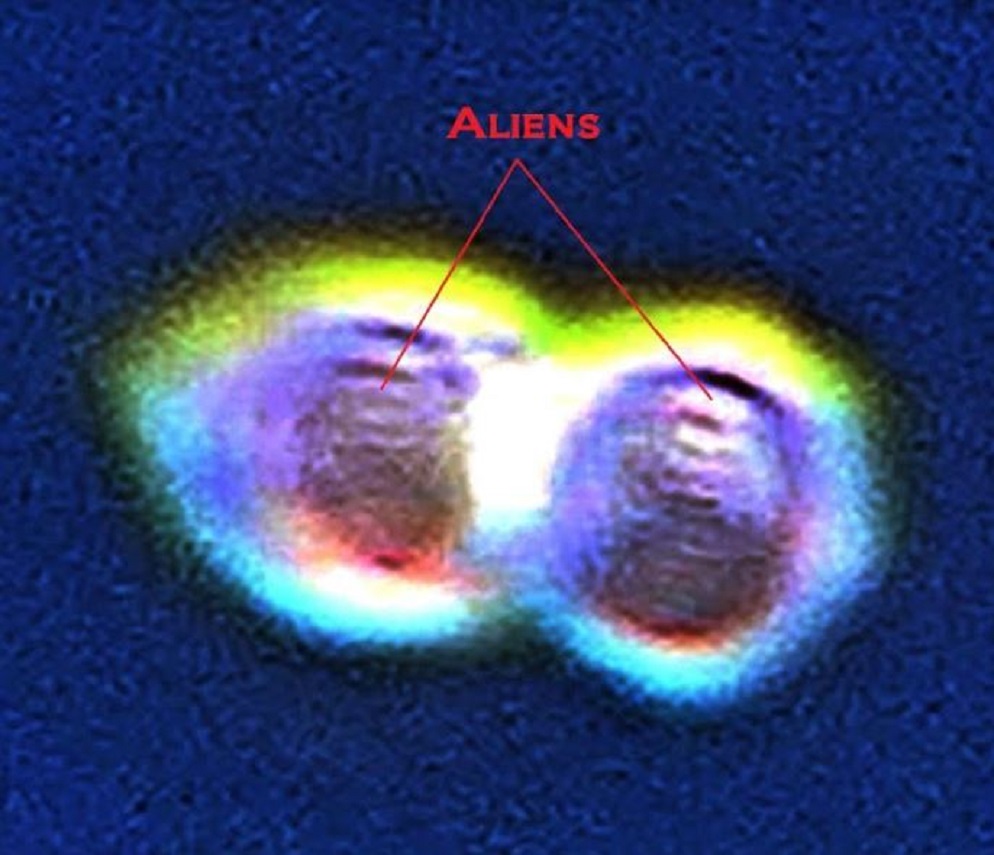 The object looked like a number eight turned on it’s side or maybe it was more like witnessing cell division under a microscope It was very odd and I just couldn’t understand what I was seeing. In the middle of each round part of the object there was a purple part that was dark but also seemed transparent which made me think they were possibly some sort of windows. I quickly took a photograph and watched as the edge of the object lit up and got intensely bright. The purple parts of the object then seemed to open up revealing two humanoid aliens that were looking in my direction from within the brightly lit object. I was shocked but I still managed to take another photograph of the object and its occupants. I continued to watch as the object then began to fade away and I only just managed to take one more photograph just before it completely vanished from the sky. 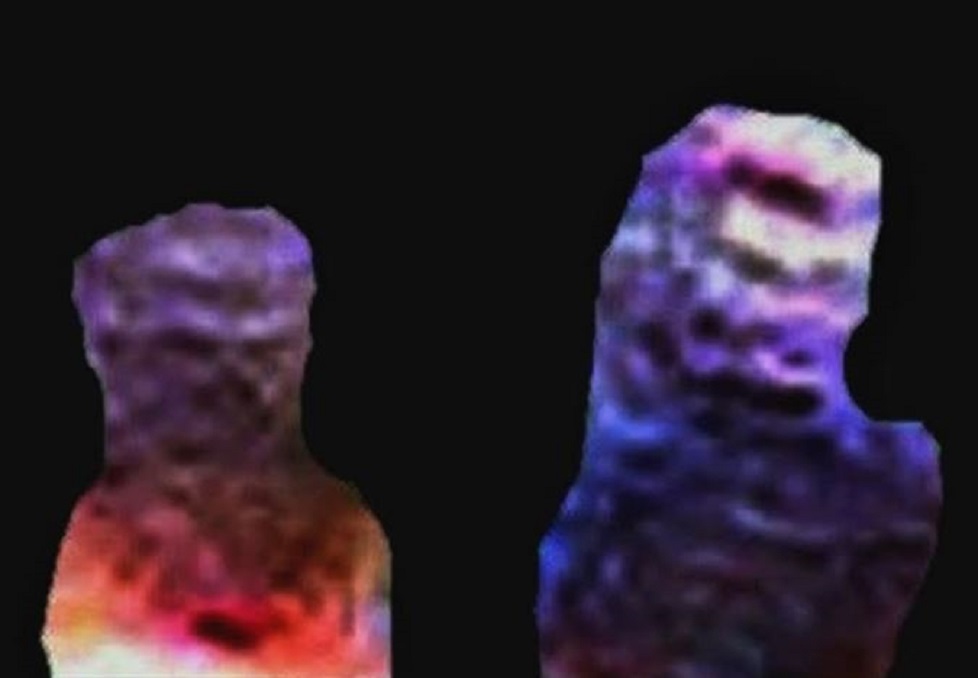 The three photographs were taken on the 15th of October at Newton Abbot Devon England. On analysis of photograph two I was able to enhance, Isolated and cut out the humanoid aliens from the photograph it really is quite remarkable. All the best John.

KENS NOTE:  JOHN MOONER IS A UFOLOGIST FRON NEWTON ABBOT DEVON ENGLAND AND HE IS THE CHIEF PHOTOGRAPHER FOR MY WEB SITE WWW.WORLD UFO PHOTOS.ORG.  JOHN HAD SUBMITTED COUNTLESS UFO PHOTO FOR PUBLICATION AND I FEEL HE IS RIGHT IN THE MIDDLE OF A HOT SPOT IN THE UNITED KINGDOM.