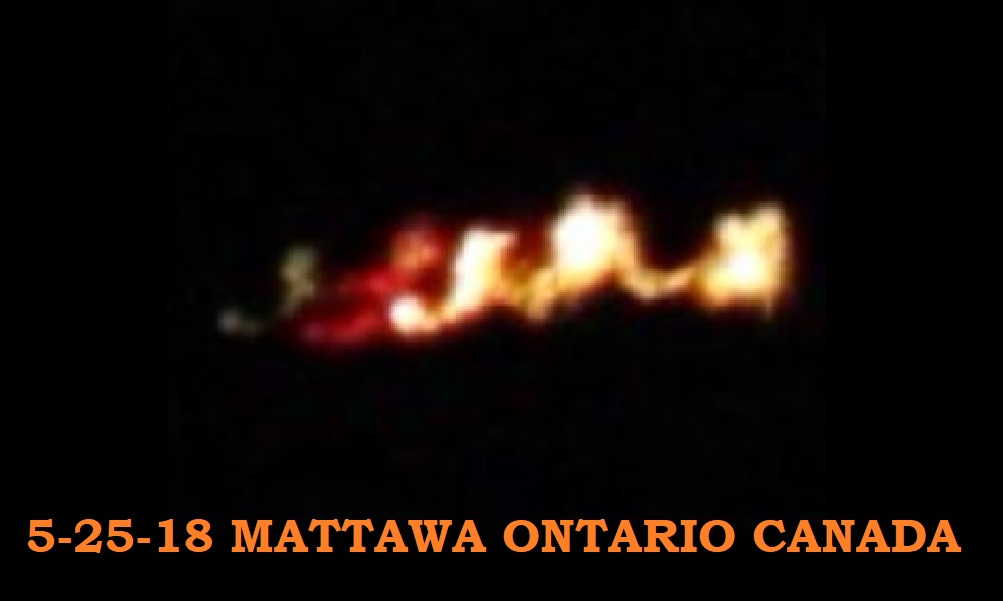 One night at 3 am I was watching the sky from my second floor bedroom window. I had been watching the sky for several hours and was about to go lay down when movement caught my eye and I had to do a double take at what I was seeing. What I was looking at all night and assumed were stars started to move. Triangle shaped,one light at the top and two lights at the bottom in each corner. It was super low and started ever so slowly to follow the river towards the east. I grabbed my binoculars and was blown away. You know in the summer on a super hot day how you can see heat waves rising from the hot pavement?Thats what it looked like inside the triangle and you could see the stars through it on the other side. I watched it slowly follow the river until it was out of my view. Another time watching from my window I see over the river this thing with lights appear from absolutely no where. No sooner said than done it started to descend down and as it was descending I grabbed my binoculars and I could clearly see it was saucer shaped with a dome on top. I could see the lights inside and the shape of a couple of occupants. I then jumped in my vehicle and went down to the river. Nothing!! I’m am positive they are going under the water or cloaking once landed. One year a ship showed up in the sky that looked like the Death Star in Star Wars.  You could see it with the naked eye and others were here that night and we all stood there watching. It was here for a few days in a row and I’ve not seen it since. I also know that they are masters of deception.

I bought a strong spot light and learned a bit of Morse code to try to communicate with them. When you look up at them it appears that they are miles above the earth and look like a star to some degree. I flashed this one particular one one night and all of a sudden a whole bunch of lights came on and it started moving towards me. When it went slowly over the top of me I could with my binoculars see the underside of the ship. It wasn’t 10,000 miles away like star at all, they just make you think that but in reality they are right here and could land in a minute if they chose to. Again other people were here to bare witness to this and I have had people become absolutely terrified and went in the house. There is much much more I could tell you and I only wish I had the proper equipment as I could produce some photos that would blow your mind. I don’t know why they have chosen this area other than to say it’s isolated with only three people living in the area including myself. I know there is 5 or 6 different types of ships that come here. I’m pretty sure they are taking something from here with them. I know they don’t like our Canadian winters so they don’t come around until spring. Can’t get through the ice and into the water ? I don’t know, but they don’t come in the winter. Late fall around hunting season it’s a frenzy. Lots a activity like they are trying to get as much done as they can before the snow flies and they have to leave.

Was driving home from work at about 8:00 pm turned onto highway 15 at Carleton Place and started south I noticed the object within seconds of making the turn. It was just off to the left and above me. I could see it clearly looking up at the top left corner of the windshield. What was strange was that I was trying to identify it as something familiar and explainable I was thinking helicopter at first but could not fit the shape of what I was seeing with anything that I had seen before. As I drove into the countryside the light pollution diminished and it became much easier to see. It was very large and moved very slowly I was travelling at about fifty to sixty miles an hour and did not seem to be falling much behind it. For the most part I was behind it. The surface of It appeared darker than the night it had what looked like four blue flames coming from each of the rear corners there was a fair separation between the flames. There was a large glowing light in the middle of it which made it difficult at first to determine what the true shape of it was. I was thinking at first it might have been a diamond shape but after watching it for a while I can say with certainty that it was triangular. The illumination of the central light was not that bright but was visible there looked to be a glowing band of orange or red lights that followed the contour of the sides. None of the illumination was strobing and it was constant more like a series of lights or an glow showing up through a series of vents along the sides.

I kept it in sight for the entire trip home from Carleton Place to Smihs Falls when I turned west at the junction of hwy 15 and Roger Stevens Rd. It remained visible as I drove down the main street it slowly made a westerly turn no banking just a change of direction. I kept it in sight as I came to a stop light on Beckwith Street. There was no traffic other than myself on the main street when the stop light changed and I started off I noticed a young guy walking on the side walk I came to a stop rolled down my window and got his attention. The object was clearly visible and still fairly low so I wanted to draw it to his attention, I said take a look to your left and up what do you make of that he said what the expletive is that thing, I told him I had been following it for about a half an hour. In all honest I wanted to make sure that I was really seeing this and it gave me great comfort to know that he could see it as well. I continued down Brockville street and it remained in sight I drove out of town and turned onto my road hoping that it would stay visible long enough to grab a camera and try and get a picture. I had tried to use my phone to get a shot of it but didnt think it would get anything given that it was in the distance and pitch black outside and I was driving down the road at 60 miles and hour. I pulled into my driveway and hurried inside and got my wife and daughter to come out and take a look just so that I would have witnesses and that they would not think I was nuts. I also told my daughter to grab my camera so that I could take some pictures. I took some pics and some video the video was crap because it was to far away to focus, a couple of the pics came out but they are very far away telephoto shots.