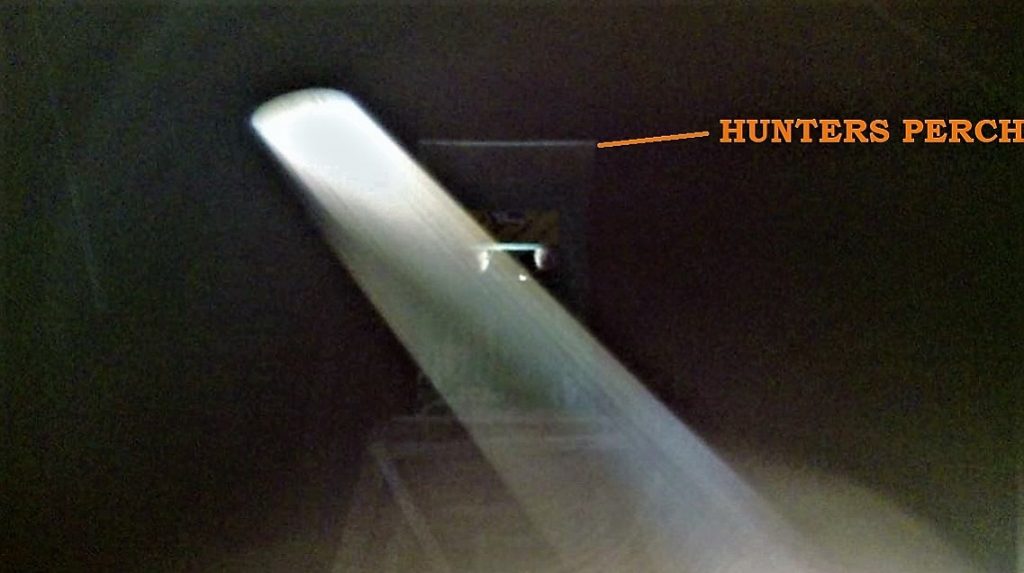 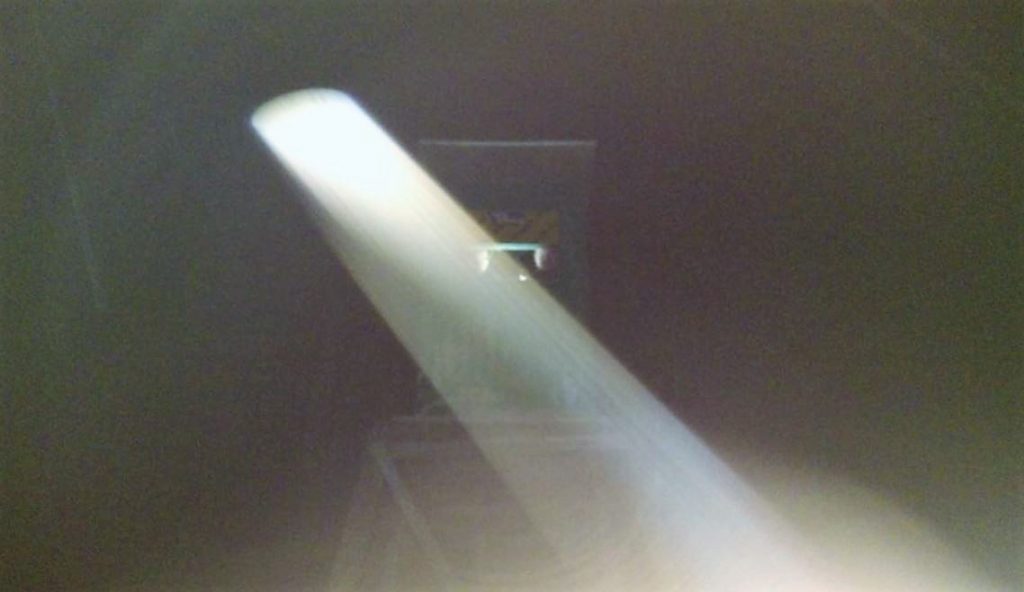 As in the subject. In short, it looked like this.  We entered a wood pulpit, a friend from the bottom took pictures. We felt strange vibrations and sounds at the same time. A friend from the bottom started to turn around because he heard something behind him. Suddenly, we all noticed a strange light and vibrations with the whole pulpit moving as it would have to blow down. Friend from the bottom, he said that he saw the object in 10 seconds, he appeared and just as quickly after these lights he shot up. When the lights appeared, a friend from the top recorded a movie. After playing it after the whole situation, the sound seemed to be played in water, very distorted. We all felt very weak while broadcasting this light and after that. 15 years ago I had similar situations, but I will not mention it here.