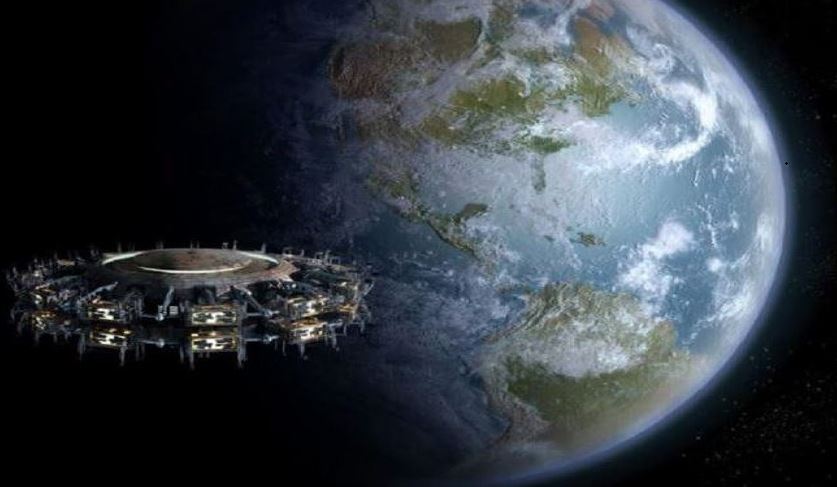 Florida has a U.S. senator who once flew aboard the Space Shuttle.
A congressional candidate from Miami can go one better: Bettina Rodriguez Aguilera says she’s been aboard a spaceship too. But this one was crewed by aliens. As in extraterrestrials.  Three blond, big-bodied beings — two females, one male — visited her when she was 7 years old and have communicated telepathically with her several times in her life, she says. (Sen. Bill Nelson served as payload officer aboard the Space Shuttle Columbia in 1986. All seven people aboard were from Earth. As far as is known.)  Rodriguez Aguilera, 59, a Republican who is running to replace retiring Miami Republican Rep. Ileana Ros-Lehtinen, recounted her experience with the ETs during a 2009 television interview.

She described “going up” inside the spaceship — though whether it went into space or just hovered around town was left unclear.

“I went in. There were some round seats that were there, and some quartz rocks that controlled the ship — not like airplanes,” Rodriguez Aguilera said.

In two separate videos posted to YouTube years ago, one by local Spanish-language station America TeVe and another by a political critic with the user name DoralGirl26, Rodriguez Aguilera spoke on television in detail about her extraterrestrial experiences. She said the alien beings reminded her of the famous statue in Rio de Janeiro, Christ the Redeemer, with arms outstretched.

The Miami Herald asked Rodriguez Aguilera about her experiences Friday. She responded with a statement that waxed astronomical, but sadly failed to mention close encounters of any kind.

“For years people, including Presidents like Ronald Reagan and Jimmy Carter and astronauts have publicly claimed to have seen unidentified flying objects and scientists like Stephen Hawking and institutions like the Vatican have stated that there are billions of galaxies in the universe and we are probably not alone,” she said. “I personally am a Christian and have a strong belief in God, I join the majority of Americans who believe that there must be intelligent life in the billions of planets and galaxies in the universe.”

Rodriguez Aguilera was a Doral councilwoman from 2012-14 and served as the city’s first economic developer. She works as an entrepreneur and has taught leadership seminars at local universities.

She declared her candidacy in late August and raised about $10,000 during the most recent fundraising quarter, she said — a paltry amount she attributed to halting her campaign during Hurricane Irma.

Miami attorney Rick Yabor, a frequent political commentator in Spanish-language media, said Friday that Rodriguez Aguilera’s account could hurt her congressional campaign. “Being a politician, to come out and say that, it’s odd,” Yabor said. “She got into details that are not very mainstream. Someone who’s running for Congress — you’ve got to raise a lot of money. A donor might have second thoughts.