In the late evening of 2nd November 1989, on what was already a cold Russian winter night, the temperature in the truck of Oleg Kirzhakov and Nikolai Baranchikov suddenly plummeted even lower. So low, in fact, it was now well below freezing. They were making their way to Moscow .That was until they came up against road repairs near the Emtza Train Station in the Archangelsk region of Russia. In front of them were huge piles of gravel, sand, and machines.  Oleg would make a turn onto a lonely dirt road instead of turning back. As they made their way down the deathly silent roadway a sudden bend came, forcing Oleg to pull the wheel to his left. As he did so, the headlights of his vehicle briefly reflected back from a huge metallic structure now slightly ahead and to his right-hand side. Although there was various construction equipment about the immediate area due to the road repairs, there was something different about this particular piece of machinery.  As the truck got to just short of a hundred feet of the shining object its engines suddenly cut out. The large, multi-wheeled vehicle coasted to a halt in front of another bend in the road. Although the engine was dead, the back-up power supply still allowed the headlights to shine. In front of them were trees, their view of the mysterious object now obscured.  Oleg asked his colleague to remain with the vehicle while he went to take a closer look.

“Increased Resistance” From The Air

Almost immediately after stepping foot outside the cabin of the truck, Oleg noticed how the atmosphere felt strange. As he moved closer to where the object was he began to experience “increased resistance”, as if the air itself was becoming thick and hard to walk against. In fact, so intense was this feeling of resistance that Oleg would turn back, fearing he would become paralyzed if he went any further.  Instead, he went back to the front of the truck and would attempt a different route to reach the strange object. However, despite getting to within thirty feet of it, the same feeling of intense pressure from the atmosphere would prevent him going any further. He remained at this distance and began to take in as much detail from the strange craft as he could. He was now in no doubt whatsoever that this was something from another world and not machinery for the road repair.  The object was a huge disc shape. He estimated it to be around 140-feet across and in the middle, on the top, was a dome-shape. Around the thick edge of the craft were what appeared to be portholes although no lights shined from inside. He could also see two “legs” reaching to the ground from the underside of the craft.  Oleg continued to stare at the silvery disc. It appeared to be completely deserted. Then, out of nowhere in front of his face, a red-dotted line glimmered in the air/

The strange, glowing, red line began to form a screen in front of him which floated at head height. Letters began to appear on it. Oleg remembers the phrase was “burning fire” although he had no idea what message it was conveying. As Oleg moved his focus he quickly realized that the screen would follow so it was constantly in front of him.  On the screen, words would appear. As if reading his mind, it was only when Oleg had read and understood them, that a different word would appear. He realized these words were making up an instruction. After several moments, he returned to the truck where his colleague watched with a look of fear and confusion on his face. Once there, he retrieved a box of matches from the cabin and the bottle of pure alcohol they used as anti-freeze in the blistering cold conditions. He then slammed the door shut, leaving Nikolai inside and returning to the spot he had just come from.  This time as he walked there was none of the resistance he experienced previously, and the air felt normal around him. He quickly gathered together a small pile of dry leaves and poured some of the alcohol on top of them. He then struck a match and dropped it onto the pile, watching as the flames ate up the alcohol and engulfed the leaves.  It was then that he saw a ramp leading to a passageway inside the craft. And the dark, shadowy figure approaching him from inside it.

As the shadowy figure continued to approach, Oleg felt a surge of fear run through him and stepped backward. As he did so he tripped and stumbled into a nearby ditch. He regained his balance but deciding the ditch made as safe a place as any to view the events from he remained where he was.  The dark figure, which Oleg would describe as a “dark mass which reminded me of a bag or a sack” continued forward. It would sway slightly as it moved. The shadow descended down the ramp and towards the pile of burning leaves. It remained still for several moments before reaching down and “picking up the box of matches”. With the same swaying motion, it then returned to the ramp and back on board the craft.  Oleg pulled himself out of the ditch and then stood again at the side of the road, watching the dark mass disappear inside the silver disc. He could see his colleague watching events unfold from inside the truck, a look of absolute fright on his face. Nevertheless, he remained where he was, eager to see what would happen next, despite his own fear simmering inside.  Almost as soon as he began to think about approaching the ship and getting a closer look at it, the screen appeared again. An invitation to enter appeared in front of him. After a second or two, Oleg stepped forward towards the metallic disc. 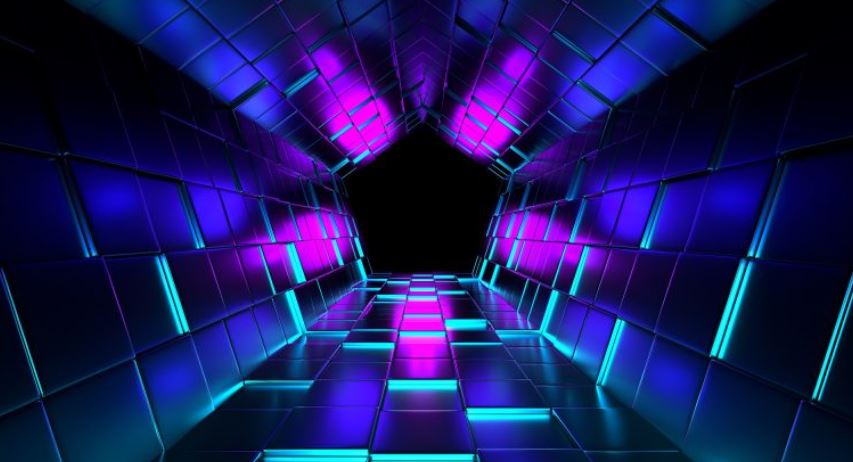 An Invitation To Board The Craft

As he approached he could see that what he thought were portholes or windows were actually openings into the craft. Behind each one was something akin to a wire grid. As he was examining the legs upon which the craft stood, a tube-like tunnel emerged straight downwards from the underside. He moved closer to it and reached forward with his hand, noting how it felt “cold and metallic” to touch.  He reached forward a little more and grabbed the tube, intent on using it to pull himself up. However, as soon as full contact was made with it, he found himself stood in the opening of the ship. As he stood taking in his surroundings, another message appeared on the screen in front of him. He was not to be afraid, and he should enter the ship.  He stepped forward into a strange corridor. The floor was completely flat as you would expect. However, from there the walls and the ceiling formed a rough, circular shape, like an arched tunnel. There were no doors, at least none that he could see. He continued onwards. At the end of the corridor, he could suddenly make out a “shimmering light”.  As he approached this light he could see that it opened out into a “large hall” which was contained within a domed ceiling. Around the edges of this hall were several other doorways like the one he had just emerged from, and on top of the dome was a bluish light. On the walls inside this large domed room were several panels of flashing lights.  Then he saw two dark “bags” on the opposite side of the hall. It was then he realized these bags were actually the dark shadowy entities like the one he had seen outside the craft.

As questions would come up in Oleg’s mind, the answers would automatically appear on the screen in front of his sight. They would also appear directly in his mind. For example, he asked what the dark rooms he could see at the side of the room were for. An answer immediately came back to him that they were “3-dimensional information screens”. He would go inside and images of other ships in space appeared on the screens all around him.  Following this demonstration, he went back into the large hall. He could see several desk-like objects with control panels and buttons on them. They glowed a variety of colors. As he looked upwards he could see various symbols on the ceiling of the craft. Although he couldn’t make out any intricate detail, he could make out the different shapes such as circles, triangles, and many with combinations of many others.  Then the question of who these entities were and where they were from entered his mind. As it did, the lighting above grew dim. Then, as if on an invisible screen, a star map flashed up before him “just like in a planetarium”.  As he looked intently at this futuristic star map in an attempt to find anything that might look even vaguely familiar, he noticed a certain star pulsing and glowing. It then grew larger as if being brought forward for him to view. This was obviously their home system. He looked at it for several more seconds before it faded away and blue light returned the domed room back to its original lighting.  When he asked where that star was, the answer came back, “This is in your galaxy”.

A Torrent Of Information

From there the questions kept appearing in his head. As did the answers. While Oleg would not remember everything by the time the encounter was over, much of what he was told did stick in his mind. For example, the ship he was on at the moment was part of a “scouting mission”. Furthermore, it used “electromagnetic fields” to operate.  After a third entity entered the hall, it would seem that the session was to come to an end. When Oleg asked if he was likely to see the visitors again he was told if he was even in danger, they would “locate him within fifteen seconds”.  He backed out of the hall and back into the corridor. And ultimately back towards the tube which led him outside. As he reached the truck, he could see Nikolai outside, watching and waiting for him.

As he turned back to the area of the ship he could see that the ramp had disappeared, and the legs were no longer there. He also noticed that two other cars had arrived near their stalled truck. Both he and Nikolai, as well as the drivers of the two cars, looked on and watched the disc, now just a light overhead, disappear into the night sky.  Emotional and visibly moved by the experience, Oleg was unable to talk for several minutes. When he looked at his watch, despite the experience seeming to last much longer, only twenty minutes had passed. For the rest of the journey back to Moscow, Nikolai would take charge of driving duties.  They would not report the incident to their superiors or the authorities. Mainly for fear of losing their jobs or even arrest. They did, however, speak to Russian UFO researcher and investigator, Dr. Valery Mikhailovich, who would ultimately bring the encounter to the attention of the wider UFO community.  NOTE: The above image is CGI.