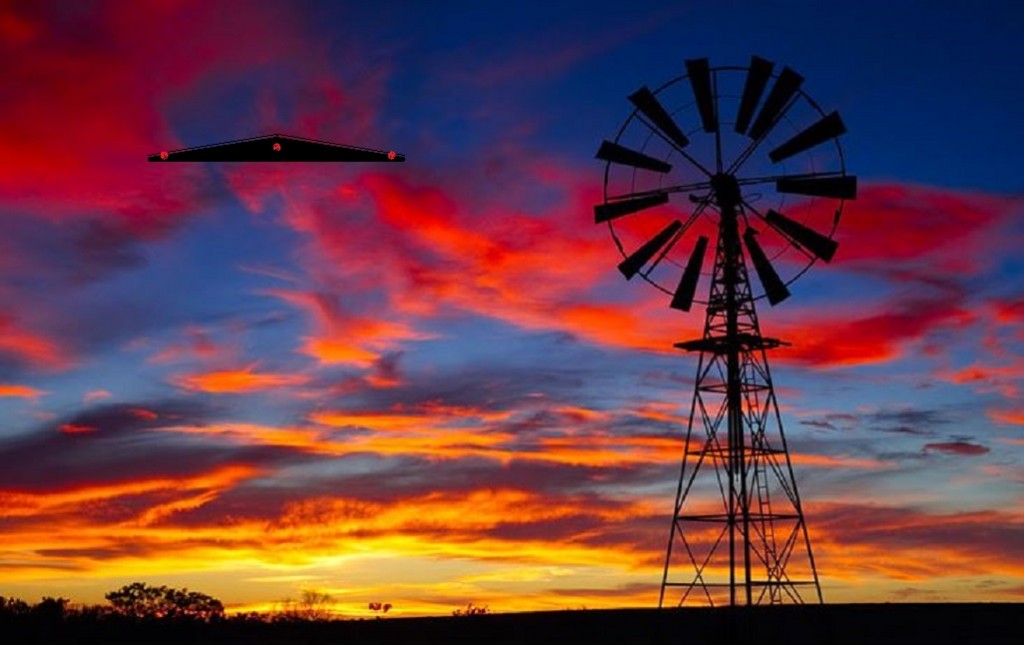 I had been stargazing late one evening, until the early morning hours. I had my attention set on a particular group of stars in the night sky.  Suddenly, the stars I had been looking at seemed to just disappear, as if a light switch had been turned off, and the starlight just went out. Then, several more stars began doing the same; just disappearing from view.  I suddenly noticed a black mass drifting across the sky, but couldn’t make out what it was right away. I strained my eyes, and shielded the light from the street lamp across from me, I couldn’t make out the shape until it turned towards the south west.  It was then that I could see that it was triangular in shape; no lights, no sound. I was in shock by its massive size, it must have been over 2 football fields in size!  My first reaction was to run, but I was so captivated by what I was seeing, I froze, and just stood there watching in amazement. – It’s not everyday I see anything like that. It seemed to float through the air. Kinda like a blimp, but slower. Anything that huge, traveling that slow would just fall out of the sky. I know what I had seen that early morning, and it wasn’t man-made, nor from this world. I’ll always remember it until my last days on this earth.  NOTE: The above image is CGI.