I was walking from my apartment complex to the gym less than a 2 minute walk away. My apartment complex is elevated and dimly light resulting in low light pollution.  I like to gaze at the stars whenever I’m out late at night and on this particular occasion a triangle shaped aircraft captured my attention.  It was moving rather slowly no more than 50 yards above. It was hard to completely make out its shape but it looked as if it had two wings with 3 lights on each side with the 3rd light of each wing joining at the peak of the triangle.  The aircraft was completely silent.  I stopped to observe and was blown away by the stillness and lack of any external noise what so ever. There is a private airport about a half mile away so I’m quite used to the sound of commercial and private aircrafts landing nearby along with the noise they bring.  This aircraft was headed directly South while the private airport is located South East of my apartment complex. At first I was simply perplexed but upon further research it appeared that these crafts have been sighted in the past.  I have had experiences with other-worldly entities in the past and have done a fair amount of research on the topic. I am familiar with remote viewing and have had multiple encounters but none of these encounters were like this one.  The craft was not interacting with me and didn’t seem to have any other agenda other than a direction path south. I maintained eye-sight on the craft for approximately 2 minutes until it faded from view due to the light pollution on the edges of the apartment complex.   I am 21 years old and open to any further questioning or follow up investigations. NOTE: The above image is CGI. 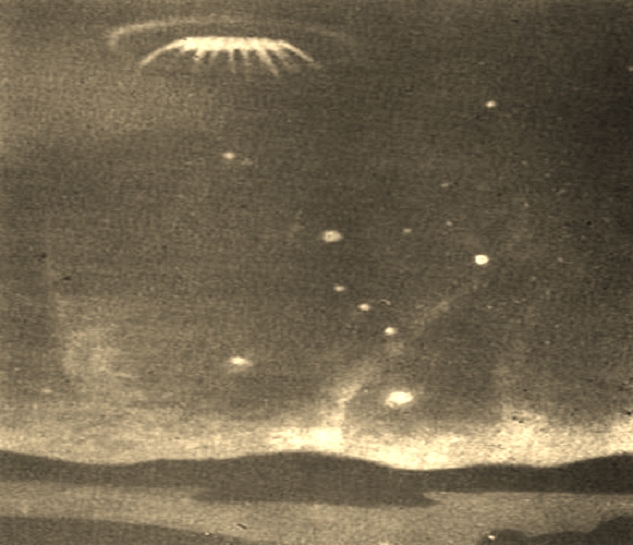 It was 4:05 a.m. on Sept. 20, 1977. Something serious was happening over the skies of Petrozavodsk .  A group of dockworkers on the early shift that morning say they saw a blinding light emerge from the direction of Lake Onega in northwest Russia. As it approached Petrozavodsk, the light took on the appearance of a glimmering jellyfish, before slowing to a hover and unleashing a salvo of ultra-thin beams of light.  The dockworkers were left wondering what they had seen. Some were concerned they were witnessing a nuclear attack: This was, after all, the height of the Cold War.  But that did not explain what came next. After 12 puzzling minutes, the shining object transformed into a bright semicircle and jetted off back toward Lake Onega. Rather than disappearing over the horizon, it appeared to veer upward, before punching a burning red hole in the clouds, and disappearing into the abyss.   No one died, and the United States, it seemed, was not involved.  The Petrozavodsk jellyfish was not the first time a UFO had been spotted over the territory of the Soviet Union, but few sightings had ever been corroborated by so many people. Policemen, sailors, an ambulance crew and even a reporter for the TASS news agency all claimed to have seen the object. The TASS reporter filed his story three days later under the headline: “A strange natural phenomena over Karelia.”  Neighboring governments became alarmed, suspecting the Soviets had tested a new type of weapon. They demanded an explanation from Moscow, but Soviet leaders were apparently just as baffled. Officials even turned to the Academy of Sciences — the highest collection of scientific minds in the communist bloc — for an explanation. The Academy had no satisfactory answer, concluding that the UFO was a real physical phenomenon that required further study.  As Soviet UFO enthusiasts began promoting their own interpretations, the Kremlin convened an unprecedented meeting of military and scientific experts. They all agreed the UFO issue was too big to ignore, and resolved to launch a state investigation into the phenomenon.  Managed by the Defense Ministry and Academy of Sciences, the secret investigation began in 1978 and would run to the end of the Soviet era. Read more at Little Green Men: A Look at the Official Soviet X-Files Investigation.  NOTE: The above image is a depiction. 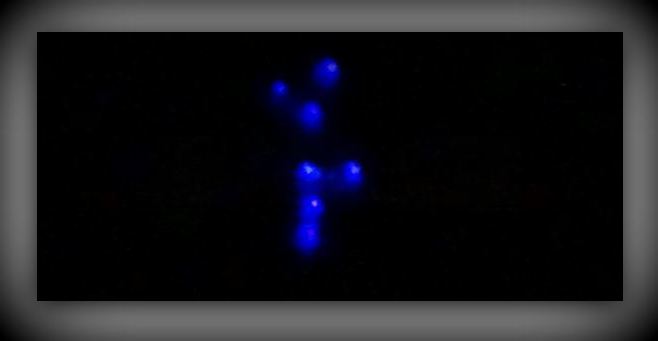 EXCELLENT PHOTOS OF AN ALIEN CRAFT OVER UTAH

A man from Sandy, Utah reported his UFO sighting to the Mutual UFO Network (MUFON). According to his testimony in Case 70772 of the American-based non-profit organization’s witness reporting database, he saw the blue glowing object and recorded it on video. The witness first noticed the object at 9:30 p.m. on September 20, 2015. The object didn’t move at all and did appear very far in the distant sky. It had a blue glow color, the report said.  As the witness started to take photos, the UFO began to move across the sky, but he heard no noise coming from it. He also did not see a trail as the object moved. He noted that it was a clear night sky and stars in the sky were very visible. He said the blue object was different from a star.  Few minutes later, the witness saw the object above their house, maintaining a high altitude. It flew to the northwest sky and vanished. The witness could not locate it again. He managed to get still photos and a video of the mysterious aerial object.  MUFON closed the case as an unknown after Utah MUFON Assistant State Director Geoffrey Cox’s investigation.