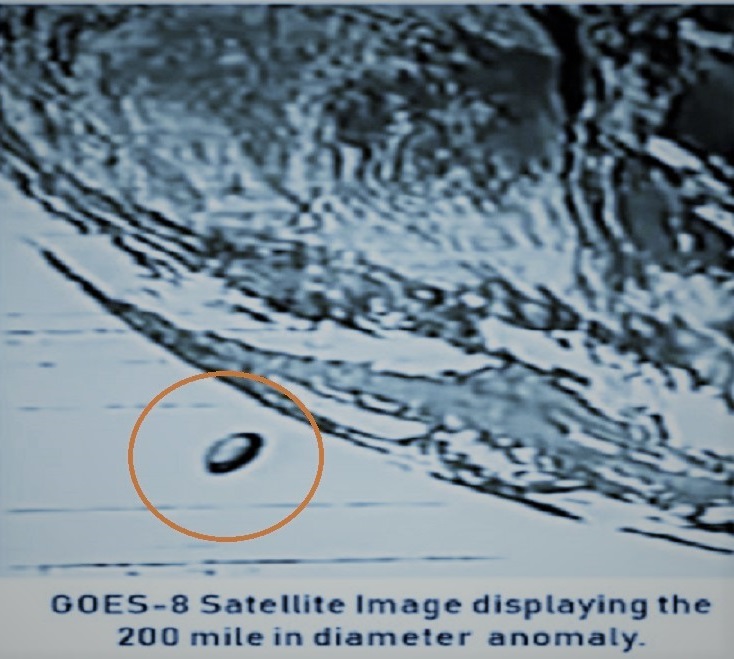 On Tuesday, January 26, 1999, television audiences in Chile were startled when a Santiago station broadcast satellite images showing a disk-shaped UFO measuring hundreds of kilometers in diameter.

The video images were broadcast on television from the Universidad Catolica (UC-TV) on Channel 13. It was recorded by the GOES-8 environmental satellite on two separate occasions a few years ago.

Chilean Ufologist Luis Sanchez Perry stated that the program “showed an infrared image taken by GOES-8 on July 17, 1992, clearly displaying a disk-shaped object in outer space over the Pacific Ocean to the west of Chile.”

According to Mario Vilches, the gigantic saucer measured 400 kilometers (240 miles) in diameter.

“The lines visible in front of the UFO correspond to electromagnetic interference emanating from the UFO itself,” Sanchez explained.

At the moment the image was recorded, GOES-8 was in a 21,600 mil geostationary orbit above the Earth. The enormous disk appeared to be moving at the same orbital speed as the satellite – approximately 6,696 miles per hour.

“Three images were taken in 10 minute intervals and the UFO was clearly visible,” Sanchez added.

The second GOES-8 video was recorded on 7 April 1996. Although the image vanished quickly from the GOES-8 website, it was downloaded by the Centro Meteorológico Regional de Antofagasta (Chile). The image shows “the UFO over the Atlantic to the east of the Brazilian coastline.” 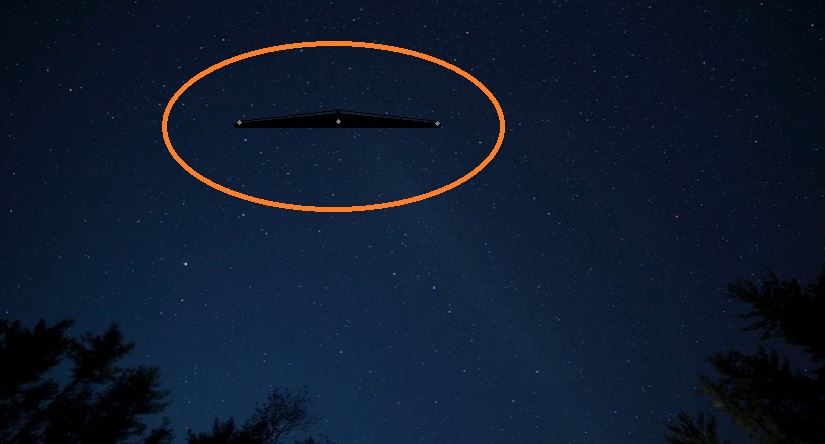 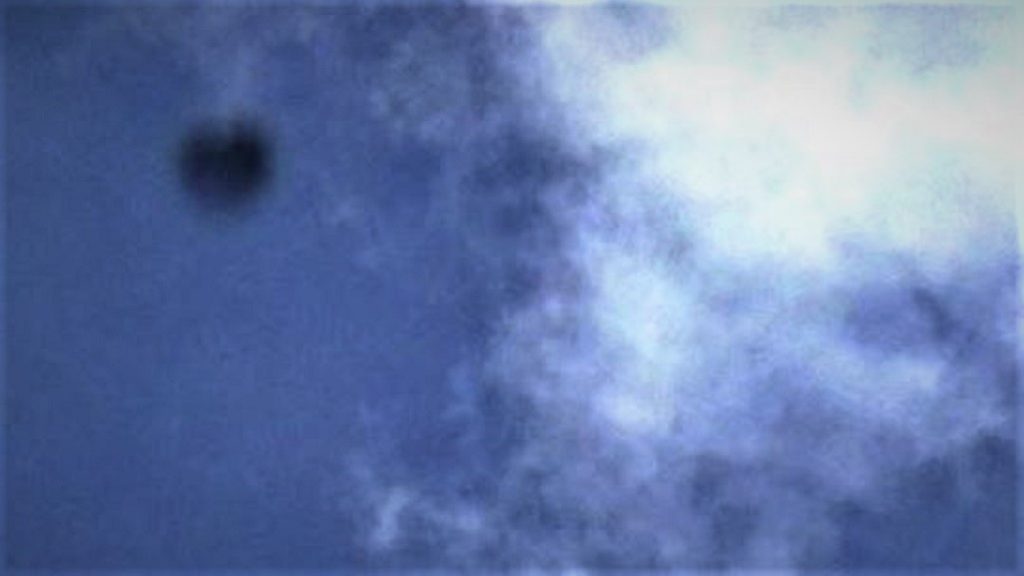