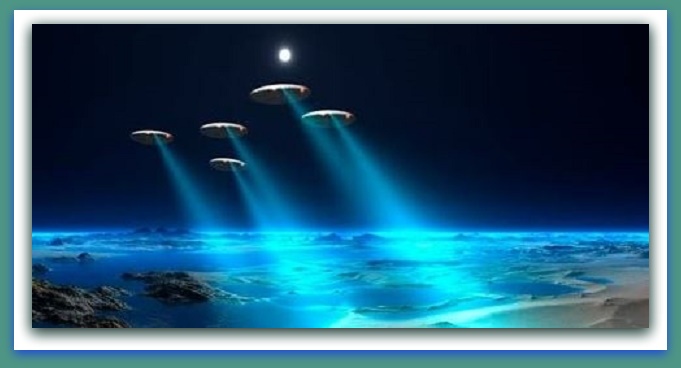 Without doubt the most unusual, official UFO report I ever came across during my time spent digging through the files of the National Archive  at Kew, England, surfaced in 1999. It concerns an incident that dated from 1966 and that originated with the British Royal Air Force’s Provost and Security Services – an arm of the RAF that until 1998 had its headquarters at a British RAF base named Rudloe Manor, and that was, for many years,  the central hub for classified, official UFO investigations.  In a painstakingly-detailed report, one Corporal R.A. Rickwood, of the P&SS Special Investigation Section, related to his superiors the facts. In fact, so profoundly weird and intriguing is the file, I have presented it below, without edit or interruption:“On 10th November 1966 a telephone message was received from Flight Lieutenant Williams, RAF Shawbury, reporting that a Mrs. Foulkes of [Address of the witness] Shrewsbury, had complained that his daughter had been frightened by an object in the sky whilst she had been driving along the A5 road near Great Ness at 2355 hours on 8th November 1966.“This object had emitted brilliant lights and radiation beams. On arriving home her daughter had been in a distressed condition and she had discovered marks on the car, which she considered were burn marks.  “On 14th November 1966, Miss Diane Foulkes, aged 22 years, a typist employed in Shrewsbury was seen at her home in the presence of her parents. She stated that she had received a letter dated 11th November 1966 from RAF Shawbury signed by a Flight Lieutenant Penny informing her that no service aircraft had been flying in that area at the time of the incident.  “She was now satisfied that the incident was in no way connected with the Royal Air Force or the Armed Forces. She then went on to relate her experiences connected with this enquiry.

There had been two similar incidents. The first occurred two years ago in November 1964, when she had been driving from Shrewsbury to her home along the A5 road. “This was at about 0200 hours as she neared the Montford Bridge over the River Severn. Approximately midway between Shrewsbury and Great Ness a brightly lit circular object appeared in the sky above her car. She had been frightened and had accelerated along the road. The object had kept pace with her remaining at the same height until she arrived home.  “She had told her mother and father who also watched the object. She described the object as an especially bright light in the sky which remained stationary due west from their home for about half an hour. It had then rapidly diminished in size and they assumed it had accelerated away from them. No sound was heard from the object. The light was yellow in colour and became red as it diminished. 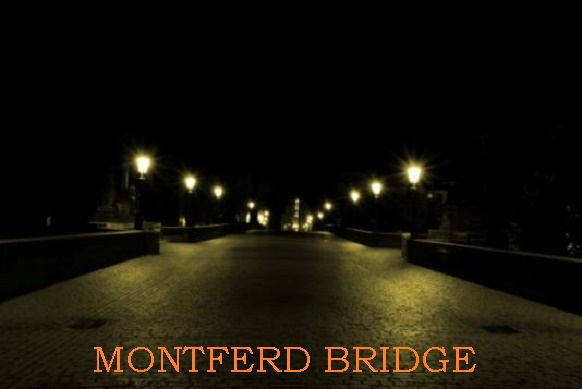 “The second incident occurred on the 8th November 1966 at 2355 hours and again whilst she was returning from Shrewsbury on the same road. The object had again appeared at Montford Bridge but this time it was much lower in the sky and on the north side of the road. On this occasion she could see rays of light shooting from the object which had again appeared to keep station with her car until she arrived home. At one time during the journey the object travelled near her and the rays seemed to come towards the right hand side of her car.  “She felt a bump against that side as if they had struck it. At this moment she felt as if she had received an electric shock and had felt a severe pain in her neck. The left-hand side headlight of the car also went out. This made her extremely frightened. When she got home she felt very ill and had complained to her parents.  “The object again remained stationary in the sky north of her home and had not been seen by her parents. They had noticed it for a short time before going inside her home. There had been no sign of the object on the following morning. Miss Foulkes’ parents confirmed seeing an object in the sky on both occasions as described by their daughter and agreed with her descriptions of these.  “Miss Foulkes further stated that she believed that the objects could be associated with a Mr Griffin who lived in the area and who is reputed to have made contact with these objects and actually entered one and met one of the occupants. He is also alleged to make his contacts with them at Montford Bridge.  “The local civil police had no information or reports of sightings of objects in the sky. There is no evidence to associate the incidents complained of with the Royal Air Force and the complainant Miss Foulkes is now satisfied that the incidents are unexplainable and are in no way connected with the Armed Forces.”  In essence, that is the file.

It is clear from examining its contents that the witness had reported some stunning experiences: “the rays of shooting light” that enveloped her car; the electric shock-like pain that surged through her neck as the vehicle was bathed in the beam of light; the loss of power from the car’s headlights (something that is reported time and again in UFO encounters); and the potentially-worrying fact that the experience had left the witness “very ill.”  Perhaps the most significant factor, however, was the reference of the Provost and Security Services to a man in the near vicinity that had reputedly “made contact with these objects and actually entered one and met the occupants.”  Prior to the 1970s, very little exposure was given to so-called alien abduction incidents; however, many of the factors present in the P&SS report lead me to believe that something very strange indeed had taken place in the Great Ness area of Shrewsbury in 1966, and that that “something” was very possibly connected with abduction-like encounters.  Oddly, despite the fact that the official file on this case was declassified way back in 1999 – and the document at issue has been examined by a handful of UFO researchers since then – it seems that little or no attempt has been made to resolve the case. Perhaps now, with its contents highlighted here at Mysterious Universe, someone will take a fresh look at the case and attempt to resolve the question of what really happened nearly half a century ago on that long gone night at Montford Bridge.  NOTE: The above image is a rendering.