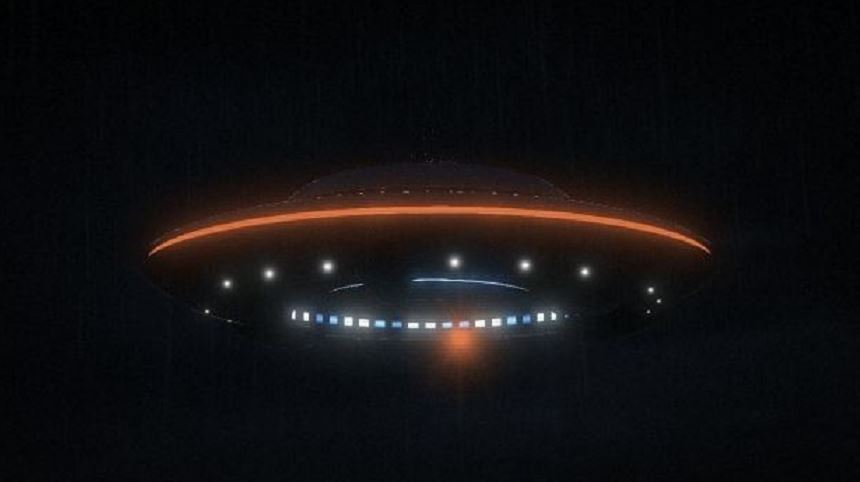 Going fishing in our old 1952 milk truck camper from Webb City to Table Rock Lake on Route 76 outside Cape Fair on the straight part of road high up. I was 16, sitting on the engine cover with my Dad driving. It was 30 mins short of night and straight ahead, I see a very bright star-like object hovering 300-600 meters above the road. We both knew, it couldn’t be a star, it was still too light out. It was at least 8-10 miles away, when I noticed it. It shot of a short burst of flames out to one side, the maneuvered at incredible speeds, up, side to side, down, shot another burst of flames from one side, with more sharp movements. I told my father, it’s our brothers from another planet and they are here, just for me to see. After driving and watching for a few miles, we pulled over in an old mountain top cafe/filling station, the kind with glass pumps. I told my little brother to get all the people out of the cafe and we all stood by the 2-lane road watching it (looking toward the East), not too far from Cape Fair. The bright object (saucer) moved slowly towards us. I was thrilled! A dream come true! Just earlier in the summer, I told my mom, as we looked up at the stars, I wished I could see a space ship one day. Everyone had came out of the restaurant (about 15) and were totally silent as we watched it slowly come to a stop, right above us, about 80-100 ft away. It was an extremely bright metal exterior with no windows. It had a curved sloped dome and was about 100 feet wide and 60 ft tall. The outside edge was about 2 meters thick and rounded. Underneath, it had a dark black ring 4ft from the edge, about 2 ft wide. It didn’t make a single noise or whisper! The cafe had cleared all the trees across the road for a nice few across the valley and about 15 miles to the next mountains to the south. After watching it travel towards us for 15 mins and hovering for 15 mins more, it slowly moved to the south, down the mountain, for a few secomds out of our view, then reappeared down in the valley, flying right above the ground. It started picking up speed and as it approached the next mountain, shot straight up into the sky and out of Earth’s orbit. It was now dusk and the sun was shining brightly off the ship and we could see it for quite a while as it shot up into space. All this time, nobody said a word. At the end, this guy says – “Should we report this to the Sheriff? I replied, “Do you know what will happen to our fishing trip, if we report it? People will bug us for years!” As far as I know, nobody reported this event in  Missouri and decided to finally do it! This experience changed my life for the better. I’ve had other amazing experiences since, that I won’t report. Loyalty, means keeping secrets. I had a 27 year career in the Army, Ranger, SF, counter terrorism, intel, and emergency management at the national and international level. I remember the spaceship, like it was yesterday. It helps to have a photographic memory for images and numbers.  NOTE: The above image is CGI. 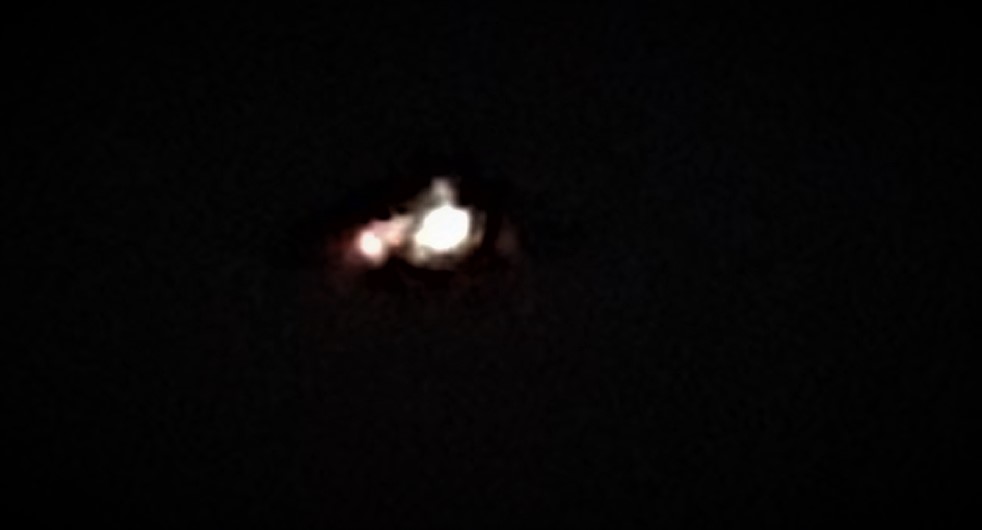 My family and I were at a hunt club over the weekend, fishing. I dont want to disclose the name for fear of them getting mad. We stayed at a house on the property in a town called Annada, which is approx 15 mins away from the clubhouse. The house sits in the middle of farmland/hunting ground and stands alone. This is the duck house and is primarily used for duck hunters. On Saturday night I was standing out on the deck looking East at the sky. Right above the tree line (about a mile away) there was a very large UFO hovering. It stayed in one spot for a good 10 mins. I went in and grabbed the binoculars and sure enough, it WAS a beautiful perfectly round Craft with several lights in a perfect row all the way around!

Without the binoculars the lights looked orangish/yellowish, with the binoculars the lights were perfectly round bright white lights! I called my son and nephew out and they also saw it! I took pictures but they look nothing like what I saw which is a huge disappointment! In fact, Im sure I took way more pictures than whats actually on my phone, only 1 is showing up then goes to my son and nephew of them sleeping, then there are a few more?? They were awake when I took all the pictures, and now they are out of order? I tried getting a picture through the binoculars and that definitely didn’t work, lol. It was really cold this past Saturday so we kept going to the window to check if it had moved. It did move slightly up and down after about 15 mins, after about 20 mins from first spotting it, it was gone!  So we didn’t get to see it fly in any direction. I took pictures in the daylight to show how far the trees were from us and circled the location of the craft. I will also upload a picture I found on the internet, it’s the closest to what I saw through the binoculars on the lights were bright white and I could only see what I circled. There was no sound from the craft. 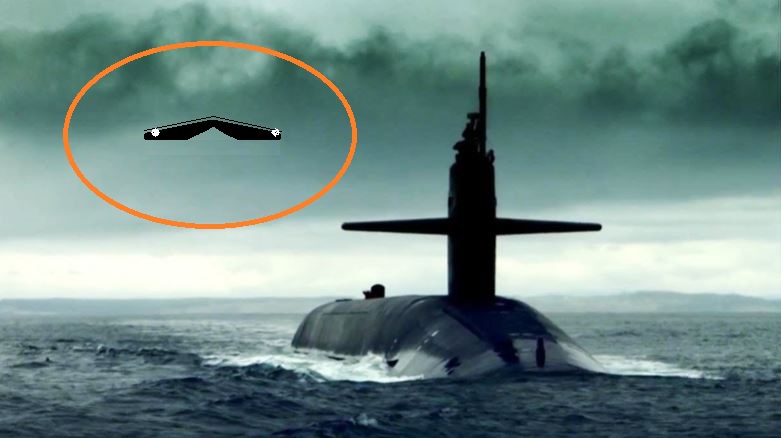 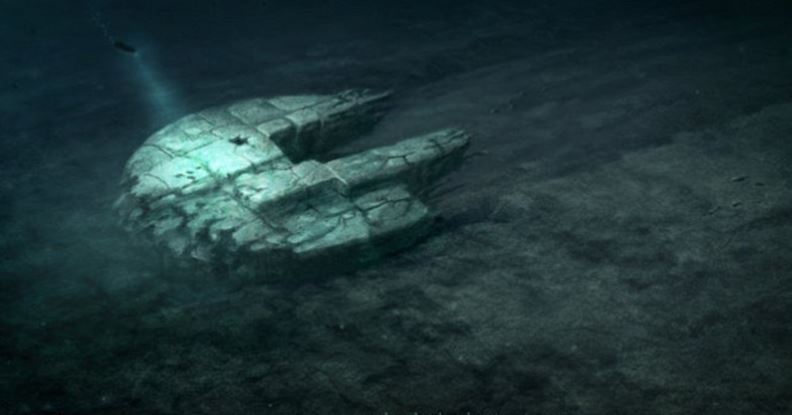 The objects were moving through water at over 420km/h, and divers 50 meters deep in a lake saw humanoids in silver suits. After the British Ministry of Defence published documentation about UFO research a few months ago, the Russia navy followed, writes Russia Today. I think about underwater bases and say: “Why not? Nothing should be discarded. Skepticism is the easiest way: believe nothing, do nothing. People rarely visit great depths. So it’s very important to analyze what they encounter there.” “The documents have existed since the time of the Soviet Union, and the former navy official responsible for researching UFOs, Vladimir Azhazha, said for Svobodnaya Press that the materials they found are of great value. “Fifty percent of UFO encounters are connected with oceans. Fifteen more – with lakes. So UFOs tend to stick to the water,” said Vladimir Azhazha for RT. The group which was led by the commander of the Russian navy, Nikolay Smirnov, gathered lots of evidence about unidentified flying objects, which they encountered numerous times. On one occasion a Russian nuclear submarine, which was on a mission in the Pacific, ran into six unknown objects. After some time, the objects simply took off and disappeared into the air. The retired Russian submarine commander Admiral Yury Beketov said that he had many encounters with UFOs in the Bermuda Triangle. UFOs most often seen in Caribbean and Bermuda Triangle. Beketov says that they noticed objects travelling at an incredible 426km/h on radar. This speed is even too fast for travelling on land, and when we take into account the pressure of the water, it seems these objects defy all the laws of physics. “There is one explanation: the beings that made them have certainly surpassed us,” he says. The former Russian intelligence official Igor Barklay says that UFOs were often seen in the Caribbean, in the deepest parts of the ocean. Besides that, they appeared in the Russian Baikal Lake, known for its great depths. A fisherman witnessed such an object, who says that a strong light came out of the depths, and then the object came out of the water. During an exercise in 1982, military divers at the Baikal Lake noticed humanoid beings in silver suits at a depth of around fifty metres. They tried to catch them, but did not manage to. – Javno News  NOTE: The above image is CGI.