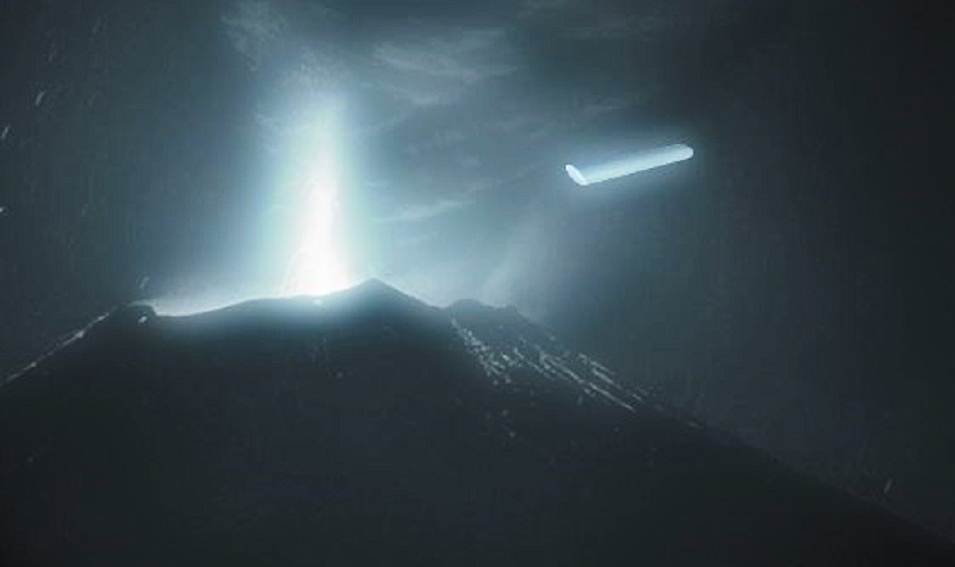 VOLCANOS AND ALIEN CRAFT ACTIVITY INCREASES
.
An increase in volcanic activity is directly proportional to an increase in UFO sightings.   We are dealing with anomalous objects shaped like disks, cigars or spheres flying over the volcanos without suffering any ill effects, as they appear to be impervious to the high temperature in the crater or the ash it gives up.   According to experts, an aircraft would plummet in a matter of minutes when it comes into contact with these elements, as its moving parts would become worn down. Thus, we are clearly faced with a very advanced technology. Various researchers have the videos and photographs taken by the public at large, who have immediately shared any oddities on social media. Cameras placed in the vicinity of the Popocatepetl volcano monitor the colossal natural formation 24 hours a day, 365 days a year. They have shown strange objects traveling along a specific heading and exact altitude, leading ufologists to believe that their goal may be to monitor our planet’s natural activity. Contactees believe that “extraterrestrials” are engaged in a prodigious effort to place a “plasma-based technology” within volcanic cores to keep them from erupting.   It should be stressed that putative aliens are not under any obligation to help us, and if they do so, what is it they want in return? A matter we should always keep in sight..These stories are confirmed by eyewitness accounts from rescue workers, who claim having seen slender humanoid creatures over 2 meters tall, in the upper reaches of the “Popo”, wearing no personal protection equipment and with heels ending in a sort of spike that keeps them from slipping on the ice. What strikes rescue workers the most is how these creatures are able to cover very difficult terrain in 15 minutes, while it takes humans up to two hours to do the same.   July 11 [2016] marked the 25th anniversary of the start of the Puebla UFO Wave, when residents of Atlixco gathered every weekend at Casita Blanca – a structure that regulated the flow of water stemming from the volcanos – to view the strange lights flying overhead.  The witnesses – some of whom are still alive – remarked that these objects were heading toward Popocatepetl, but at the time no one linked UFOs with the volcano’s activity.   Researcher Carlos Clemente of the Tercer Milenio program has stated that this UFO wave “was a milestone in UFO research, since with the advent of the modern age, video technology was in the hands of the citizenry and the sightings were not relegated to mere anecdotes.” To celebrate this first quarter century, the Vigilantes del Cielo organization will hold the La Ruta Ovni skywatch on August 6 & 7. This group managed to document most of Mexico’s UFO activity. Paulino López, a contactee, will also be present at the event..
.
KEN PFEIFER WORLD UFO PHOTOS AND NEWS
WWW.WORLDUFOPHOTOSANDNEWS.ORG
WWW.WORLDUFOPHOTOS.ORG
THANKS TO  http://inexplicata.blogspot.com/
.
.