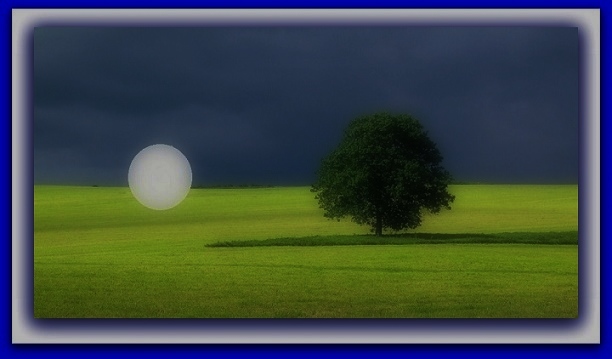 On one Sunday in the summer at approximately 8:00am at some point in the period between 1947 and 1949, my mother and her two sisters were walking home after attending a children’s mass in rural Providence, Rhode Island.  At the time, all three sisters were under 10 years old.   Directly in front of their house was a field which they used as a shortcut on their way home from the church.  In the field, the sisters clearly saw a 20-30 feet high metallic gray “football” shaped object (wider than it was high) possibly with multiple (3 or 4) “landing legs” resting on the ground. At that time, the sisters believed that they were possibly seeing a blimp, since they had heard of blimps and of course had seen pictures of them. They could not otherwise think of what this object could be, although they all agree it did not look like what they thought a blimp should look like up close. They passed within 10 feet of the object but did not get closer or touch it. The object was not making any noise. No propeller was visible. The object did not have tailfins or stabilizers. There was no apparent writing on the object. There WERE windows/portholes visible on the object. No occupants were seen either through the windows or on the ground near the object. The object was not “tethered” to a mooring or ground vehicle as a blimp would normally require, nor was there any ground crew. The object did not have a gondola at the bottom.  Although there were nearby houses, it was early, and nobody else appeared to be awake at the time, or at least nobody was outside.  Upon entering their home, they told their father (my grandfather), who immediately raced out of the house to see the object. He had always been interested in technology (the kind of man who built one of the first televisions in his neighborhood from a kit). When they exited the front of the house, the field was visible, and there was no object in the field. No object was seen rising from the field or in the sky. There was insufficient time for a blimp to have flown away in the moments that elapsed since they left the field. According to my research, blimps currently travel at approximately 35mph and likely take several minutes to maneuver, rise and reach this speed from the ground. I do not know what speed blimps traveled in the 40’s, but it was most definitely not faster than today’s technology.  No remaining markings on the ground were noticed, although they didn’t think to check that at the time. No further investigation was performed.

My mother recalls hearing reports of other strange sightings of objects (in the air) during that period, but nobody ever claimed to have seen this particular object.  This object was not reported to authorities by my grandfather.  The incident was never forgotten, and had been repeated verbatim since I was a child by all three sisters and my grandfather. The facts between the sisters remain generally consistent with the above, although there is some disagreement on whether the object had landing legs and the exact number of legs (0, 3 or 4). The two oldest sisters were certain it had landing legs.  All three sisters are still alive (although my grandfather has passed away) and all are available to answer further questions.  This neighborhood has changed little since that time, with the exception of the building of a school in the Northern portion of the field, and the absence of a building that burned down across from the church. Approximately 5 houses were torn down to clear the way for the school, so the field is roughly the same size as it was in the 40’s.  My mother is one of the most trustworthy sources I know, and I say that not only because she is my mother. She is old fashioned to an extent, and not prone to a wild imagination or belief in any new age theories. Apart from this one event, she has lived a very normal lower-middle class life with no deviations into the unusual whatsoever. She has one unusual characteristic – she can remember the finest details of the most mundane events, so remembering this event is particularly easy for her. She can recall the neighborhood with amazing detail. She can tell you what color each house was in the neighborhood back in the 40’s. This is, of course, a single event 60 years ago, so there is naturally some faded memory of this event.  My aunts are also trustworthy, with one of them being a former teacher and the valedictorian in mathematics from a large Rhode Island college. I have never known any of them to exaggerate or fabricate stories.  NOTE: The above image is a rendering.

This case is under investigation by State Director Ken Pfeifer of MUFON Rhode Island.