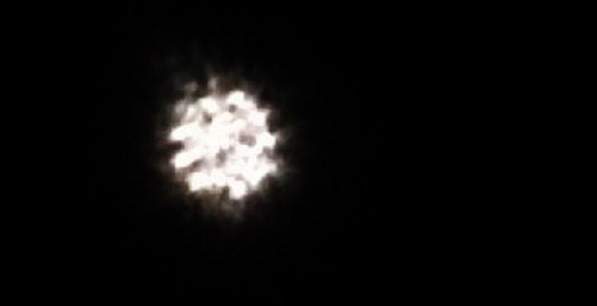 Thanks for reading my email. I had an incident this past weekend that has me wondering what is fact or fiction. This past Monday night I was driving home from work around 9:45 PM. I live in a very rural area south of Falls Village, CT. and I was only 2 miles from my residence. The roads were still slick from the heavy snow we had received, so I was driving very deliberately. All at once, a deer jumped from behind a snow bank and bolted in front of my car. I slammed on the brakes but still skidded into the back of the deer. I didn’t see where the deer went, but I was now stuck in the snow bank. I got out of the car and noticed that my driver’s side headlight was smashed as well. I tried to push the car out the snow bank but it was not budging. So I had no choice other than to call for a tow truck.  About 15 minutes after I called for help, one of my neighbors was on his way home and stopped to ask if he could help. I told him I had called for a tow truck but I didn’t know how long it be before it showed up. He said that he would go home, grab some chains and return with his 4-wheel drive pickup in order to pull me out. I thanked him and he left.

Not long after my neighbor had left, I noticed lights coming toward me on the road. The lights were large and very bright, so I figured that it was the tow truck. As the lights slowly proceeded towards me several more lights illuminated above and below the others. The vehicle, or whatever it was, stopped about 50 yards from me and remained there for several minutes. Then all of a sudden I witnessed a brightly lit ‘being’ floating through the woods across from me. It reminded me of those bright white aliens from the ‘Cocoon’ movie though I didn’t see any facial features. This being quickly floated through the trees then out onto the road. It started to come towards me but I was petrified. I just could not move. It didn’t have arms or legs but there was definitely a head and something on the end that resembled a fish tail. It stopped directly in front of me and hovered no more than 10 feet away. There were no eyes or mouth, but I did feel warmth coming from it. It was very calming and comforting. Then it suddenly whisked towards the lights. After a few minutes the bright lights started to fade until it was completely gone.  My neighbor soon returned, as well as the tow truck operator. I asked them both if they had noticed any vehicle with intense bright lights, but they both looked at me like I was crazy. After they pulled me from the snow bank I drove home, quickly took a bath and headed for bed. I was still feeling a calming sensation and desperately wanted to go to sleep.  I was off work on Tuesday so I decided to go and have my headlight fixed. As I approached the area where I had been stuck the night before, I noticed that the area where the lights were was completely barren of snow and the roadway was dry. Did I have an alien close encounter? To be honest with you, I don’t believe in UFOs, aliens or any of that weird stuff. But I am having seconds thought as to what I witnessed. Was it simply a spirit of some kind? I have had dealings with ghosts and spirits since I was young. What is your opinion?   NOTE: The above image is a rendering.