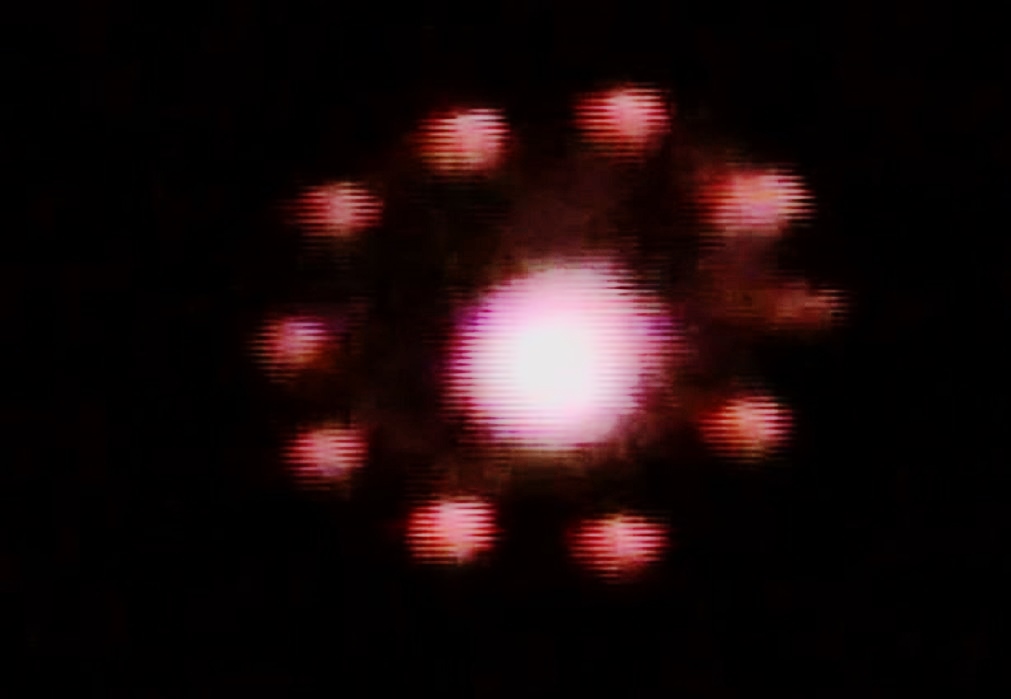 My wife and I were camping along the Mendocino coast, 20 miles north of Fort Bragg.  The night sky was clear with no cloud cover. The stars and Milky Way were clear to eye. While we were star gazing, we immediately noticed 8 orange-red “large” star-shaped glowing lights directly over the southern horizon.  They were hovering and slowly moving up, then toward each other, then moving in opposite directions with no clear flight path.  They began dissolving into one another until there was only one larger orange light which then began moving west and then disappeared. 5 minutes larger 2 more appeared, did the same movements for about 10 minutes and then each dissolved.  All of these objects had no particular flight path and changed direction several times before blinking out.  We felt surprised and amazed as to what we were seeing. I have a few close friends who are pilots and am very aware of the flight paths of planes and helicopters. These lights did not move in either fashion  NOTE: The above craft was photographer in 1-22-06 Pasto Columbia.

FORT BRAGG INFORMATION–Fort Bragg is an installation of the United States Army and is the largest military base in the world (by population) with more than 50,000 active duty personnel.[1] The base is located within Cumberland, Hoke, Harnett and Moore counties, North Carolina. Fort Bragg borders the towns of Fayetteville, Spring Lake and Southern Pines. It was also a census-designated place in the 2010 Census, during which a population of 39,457 was identified. The fort is named for Confederate general Braxton Bragg. It covers over 251 square miles (650 km2). It is the home of the Army’s XVIII Airborne Corps and is the headquarters of the United States Army Special Operations Command, which oversees the Special Forces and Army Rangers. It is also home to the U.S. Army Forces Command, U.S. Army Reserve Command, and Womack Army Medical Center. Fort Bragg maintains two airfields: Pope Field, where the United States Air Force stations global airlift and special operations assets as well as the Air Force Combat Control School, and Simmons Army Airfield, where Army aviation units support the needs of airborne and special operations forces on the base.