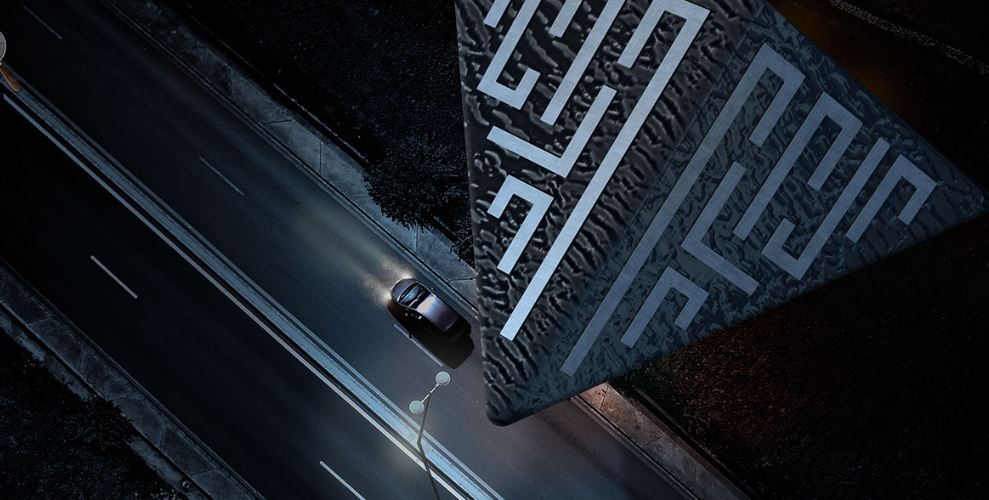 TRIANGLE CLOSE ENCOUNTER WITNESS BY MANY

31st March 1999, we had been out for a bar meal to a small village called Pailton in the Warwickshire countryside. There were four of us in the car that night, at approximately 9.30 pm we left the White Lion public house and headed home. We turned onto the Fosse Way near the village of Monks Kirby and immediately noticed some bright lights ahead of us. The lights were ½ mile away and just off the road to the left.  We drove down parallel to the lights which I now estimate as being only 100 feet away! We had slowed right down by this point. I stared at the four lights which were in a row, but not level with the ground, I would say they were tilted at approx. 25% to the horizon. I stared into the light on the far left, this light was the highest side of the tilt with the far right light being the anchor point for the 25% angle. It was at this moment I also noticed a fifth smaller spurious light off to the left hand side. 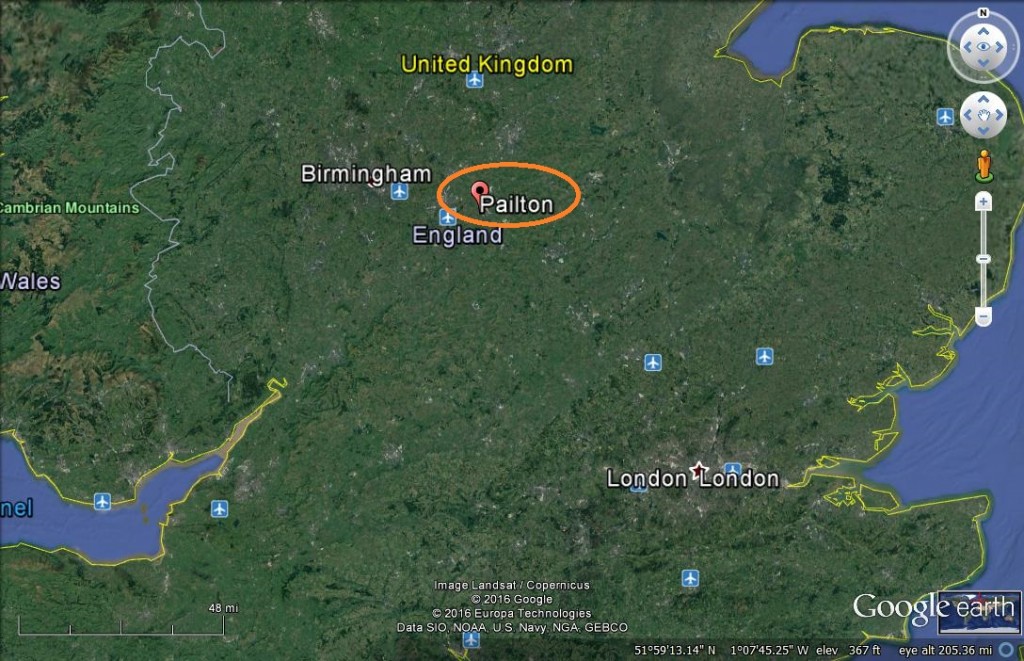 As I stared into the end light I could see a criss cross of lines a bit like a traffic light lens, it seemed to pulse very rapidly in a digital fashion, i.e. on off not up and down. As I was looking at this light and then the lights in general I noticed a shape start to appear around them, the edges looked like the sky was rippling but they and the body, I believe, were transparent at that time.. As soon as I had realised there was an object there it tilted slowly upwards in a most peculiar fashion, like an airship or submarine, the object was now solid and fully materialised in a triangular shape.  The tilt was not from the centre of the craft but from the rear, i.e. the rear end stayed where it was and the nose rose in the air. It was so low that if it had pivoted from the centre of the craft the rear would have struck the ground! I noticed the surface looked to be alive, it was like a lake of dark grey liquid similar to Mercury, the liquid although tilted quite steeply looked as though it had waves running up and down the surface, like ripples on a lake in a breeze. On top of this “lake” were silver lines running up and down the surface, they were like box sections raised off the surface which interlocked like an old fashioned maze .

I could see how the crafts top and bottom surfaces joined to a lighter central core, like a sandwich. No nuts and bolts, rivets or welding seams visible. There were no apertures, no antennas or protrusions of any kind. It was immediately obvious to me this was not an earthly object.  I was shouting stop, stop, let me out (I wanted to get even closer!) but the driver pulled slightly forward to enable her to reverse into a gateway off the main road. The result of this was that a large hedge momentarily blocked our view of the craft. I thought to myself “if it’s going to clear off now would be a good time” and sure enough it did!  NOTE: The above image is CGI.

91 thoughts on “TRIANGLE CLOSE ENCOUNTER WITNESSED BY MANY”