It was the last weekend in July, 1996 approximately 11:55pm. Sue and Sarah were on their way from Whitehorse to their home in the goldfields southeast of Dawson City. They were travelling on the Hunker Road driving up a steep hill towards King Solomon Dome, a beautiful spot where one can see for miles from the divide between the Klondike and Indian Rivers. There they spotted a very strange sight indeed, they could not believe their eyes! Suspended in the sky was a giant cigar-shaped “something”. It had a row of rectangular windows and was sitting there motionless and at a slight angle. Sue looked at her watch, and recalls that the time read 1:50 am, however she also noted that her watch had stopped. After driving between hills and round curves in the road they could now see much more detail of the craft which was almost directly ahead of them. 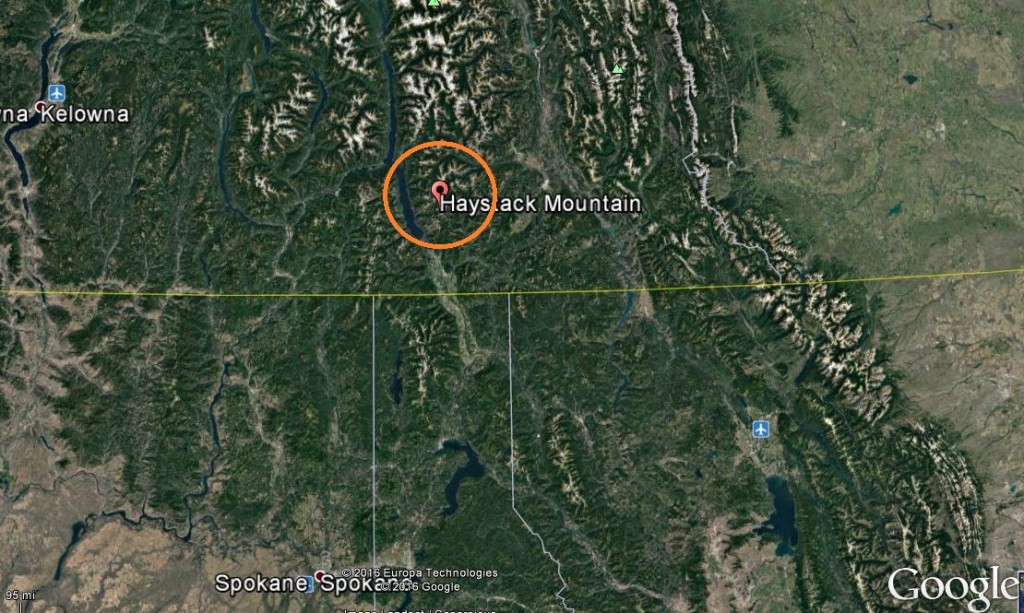 They noted a swarm of small “ships” buzzing around what they gathered to be the front of the object, these “ships” had not been there previously. They assumed the front was the end that slightly tilted towards the sky. The smaller ships appeared as bright hazy lights, 12 to 13 in number as they made an attempt to count them. They were going in and out of the big cigar-shaped thing! They drove on down the steep descent along Quartz Road into the valley before loosing sight of the objects behind a hill on the left hand side   after regaining view of the object again the “little ships” were gone. Apparently they had “tucked themselves away” but they couldn’t believe how close this thing appeared to be.
.

They passed a mining operation on their right hand side where the workers outside seemed oblivious to the UFO. They thought about pulling in and alerting the work crew but the need to return Sue’s son was much greater. Astounded they watched this thing as it started to go behind Haystack Mountain, this was 12 km away from them on the other side of the Indian River! With the mountain partly in front of the craft they realized the enormity of the object was totally unbelievable! This thing was huge! Its angle of tilt had also increased as it continued to descend behind Haystack Mountain. They were expecting it to shoot off into the sky at any second, up and to the left, as they perceived that to be the front of the craft. To their astonishment this thing continued to descend at the same angle behind Haystack Mountain. “How could this thing fit behind Haystack unless it sunk into the dirt” was their thought. They came roaring into their driveway honking their horn. Their son came running out, the sisters jumped out of the car and tried to look for words to describe the awesome event. They were beside themselves. Their son managed to get in a few words in edge wise. “Where have you been? It’s 3:30 in the morning!” he said. Apparently the sisters were missing 2 hours from their journey.