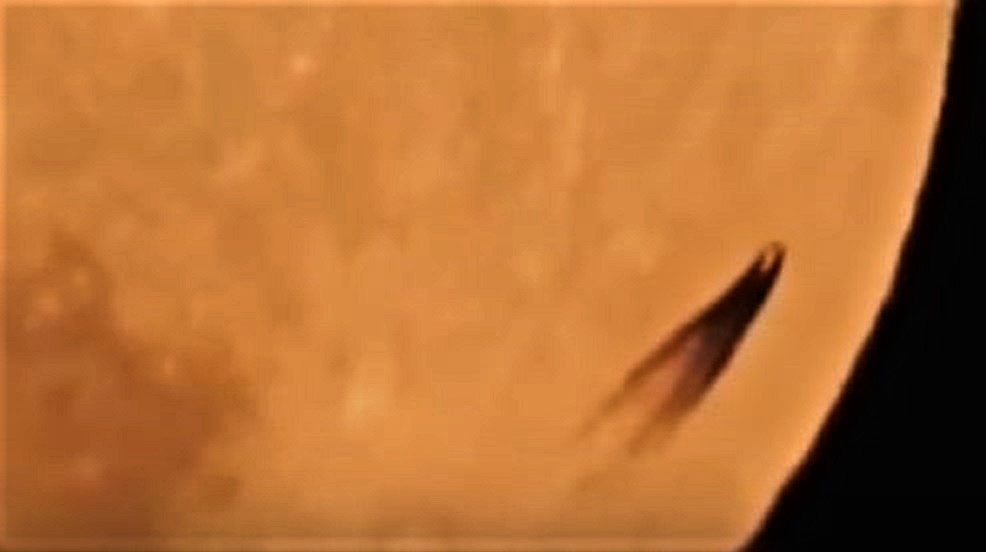 A camera that is said to have a super powerful lens captured an unidentified flying object close to the Moon.

The UFO sighting video shows an unknown huge black shadow flying upwards across the base of the Moon going to the center.

As the camera lens zooms in, the tip of the object in question looks to continually spiral while it continues forward.

Some observers suspect that the triangular, black mark is not the object itself, but a trail of fumes coming from something else.

Eventually, the mysterious black shadow vanishes into space after it finishes crossing the Moon.

The video was reportedly shot in the astronomical observatory in Oman, an Arab country on the southeastern coast of the Arabian Peninsula, using a highly powerful telephoto lens.

It is challenging to determine whether the object is more than a great shadow because of the nature of the footage.

The footage has been viewed hundred thousands of times since it was uploaded to the Arabic news site. Viewers have offered mix theories regarding the object’s identity.

129 thoughts on “VIDEO OF A STRANGE CRAFT CROSSING THE MOON”