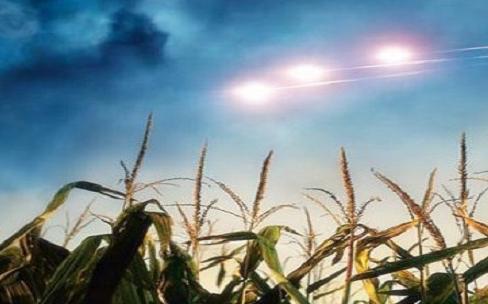 Confirmed reports of UFOs “hovering” and thousands of “flashing lights” over the epicenter of Friday’s main earthquake in Japan – located off Miyagi Prefecture, about 230 miles northeast of Tokyo – and UFO’s spotted near Osaka and Yokohama, are predicted in the recent British government release of 8,500 pages of secret unidentified flying object (UFO) reports that point to 60 years of UFO sightings “during times of world crisis.”

According to Japan’s Kyodo News Agency and other Japanese media, there’s been hundreds and upwards of “thousands of UFO sightings” over the country since Friday’s 8.9 magnitude earthquake. Also, video footage from the news channel NHK World English and personal videos show a UFO speeding with bright lights in the sky and then skimming over the Pacific near the quake zones in Japan. The UFO sighting videos have been show on regional TV and the Internet since Friday, with the world UFO community noting “strange light trails following the UFO’s over Japan.”

Moreover, a rare air defense video from Japan shows a new UFO flying over the nuclear-powered aircraft carrier USS Ronald Regan early Monday morning, as the carrier and accompanying guided-missile cruiser and destroyer ships arrived off Japan’s coast to help with disaster response.  NOTE: The above photo is a rendering.

Thanks to Phantoms and Monsters.