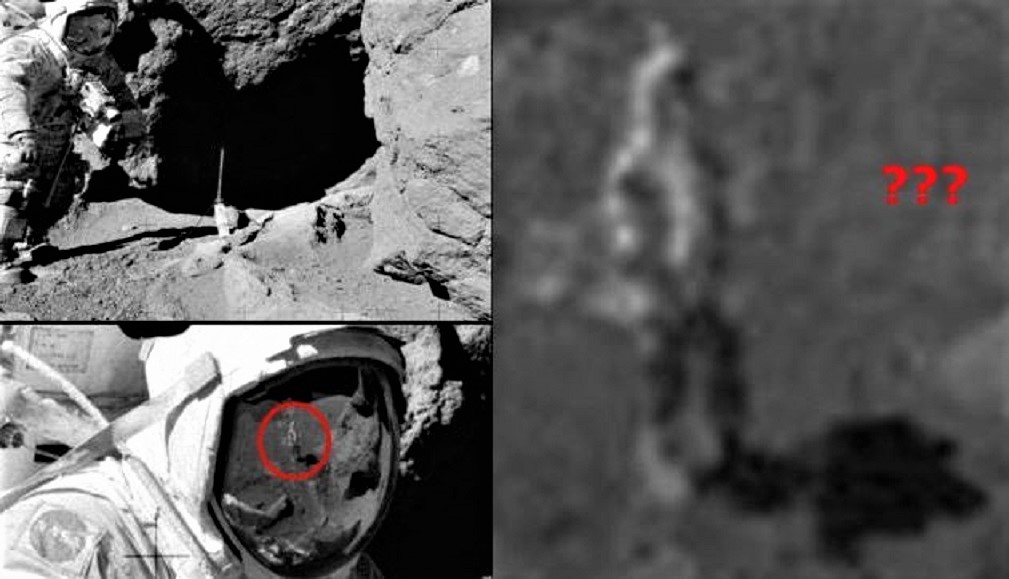 Does Astronaut’s Visor Reflection Shows A Mysterious Figure On The Moon?

Many people believe that the Apollo moon landings were one of the biggest hoaxes in human history. They believe that NASA has created this hoax. They actually never traveled to the moon and that everything was staged and filmed here on earth.

Now conspiracy theorists suggest that the mysterious figure could be a member of the film crew who has filmed the so-called moon landing here on earth.

Rather than a member of the film crew maybe the strange figure in the visor reflection is just the second astronaut with his camera strapped to his chest of his astronaut’s space suit aimed towards the first astronaut as seen in the image or the image was taken from a steady, tripod-mounted camera using the camera timer before taking the image?

Maybe but then again, if you compare the astronaut in his astronaut’s space suit with the strange figure as seen in the visor reflection then indeed the figure doesn’t really look like an astronaut but more like a person sitting on a square-like box.

Here is the original NASA link and decide for yourself whether the figure in the visor reflection is the second astronaut, a member of the film crew on earth or something else.  Link: https://history.nasa.gov/alsj/a17/AS17-141-21608HR.jpg’

HERE ARE A FEW OF MY MOON FAKERY FINDINGS 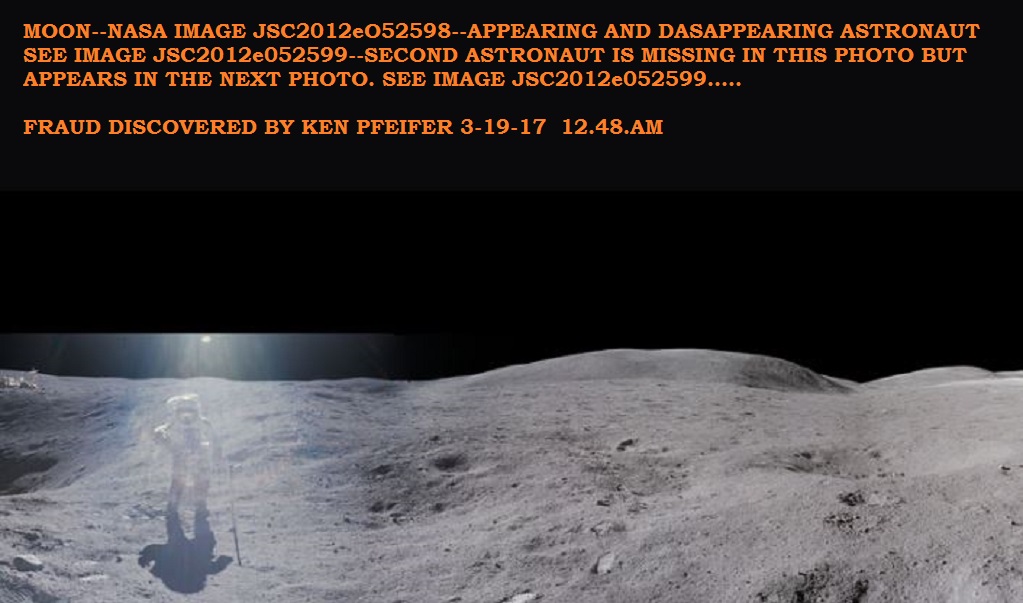 NOW THE ASTRONAUT APPEARS IN THE NEXT PHOTO FROM NASA 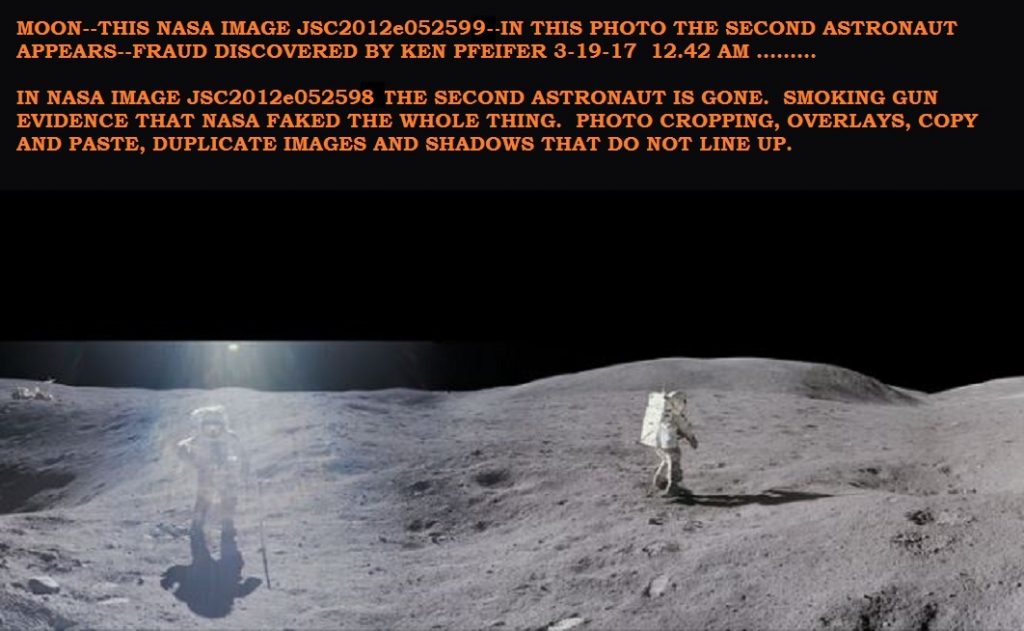 SEE ALL OF THE MOON FAKERY ON MY DISCOVERIES WEBSITE