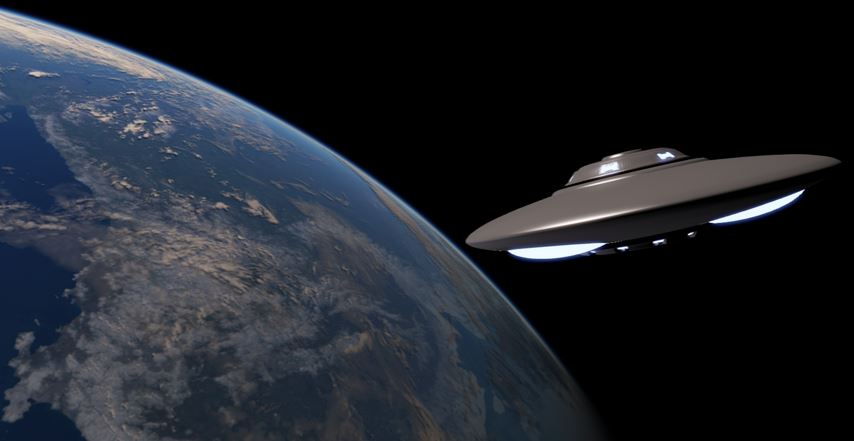 We live in Northern Virginia. Yesterday, at 815PM my wife and two sons (ages 12 and 10) observed a large object (size of a house) traveling just above the treetops along Chain Bridge Road. They were traveling from McLean to Washington DC and saw it on Chain Bridge road but also saw it again after they crossed the Chain bridge and were on the DC side on Clara Barton parkway. My son first saw it and said “What is that?” My wife was driving and didn’t look but immediately thought it was a plane because the Potamac river nearby is a regular flight path of airplanes landing at Reagan National airport. She said, its probably just a plane. But my son had a clear view and it wasn’t a plane. Then my wife saw it and so did my other son. The first time they saw it, it had 4 blue lights. They crossed the bridge and then saw it again from Clara Barton parkway. They say this craft was as large as a townhouse. It was not a conventual aircraft (plane, helicopter, balloon). They saw it twice from very different vantage points. I tried to find a webcam with an archive feature to look at its archives but couldn’t find one. I recommend researchers explore that since we’re still inside 24hrs of the incident. I also recommend researchers file FOIA requests for any radar data from National and Dulles airports. I know this happened at 8:15 because my wife called me as soon a it happened and I have the phone timestamp. On top of all of this, intriguingly, there were several sever power outages in McLean yesterday. Probably not related but worth noting since most power outages occur during weather events like high winds, ice or rain….but it was sunny, warm and clear yesterday. I am posting this in hopes that anyone else who saw it will corroborate the sighting. If a researcher wants to interview my family, give me a call.  NOTE: The above image is CGI