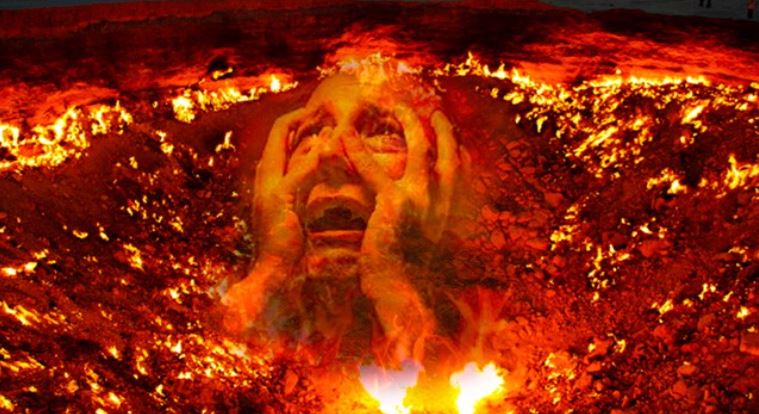 Pope Francis.
* This story has been updated to include a statement from the Vatican (below).
In another interview with his longtime atheist friend, Eugenio Scalfari, Pope Francis claims that Hell does not exist and that condemned souls just “disappear.” This is a denial of the 2,000-year-old teaching of the Catholic Church about the reality of Hell and the eternal existence of the soul.  The interview between Scalfari and the Pope was published March 28, 2018 in La Repubblica. The relevant section on Hell was translated by the highly respected web log, Rorate Caeli. The interview is headlined, “The Pope: It is an honor to be called revolutionary.” Scalfari says to the Pope, “Your Holiness, in our previous meeting you told me that our species will disappear in a certain moment and that God, still out of his creative force, will create new species. You have never spoken to me about the souls who died in sin and will go to hell to suffer it for eternity. You have however spoken to me of good souls, admitted to the contemplation of God. But what about bad souls? Where are they punished?”  Pope Francis says,  “They are not punished, those who repent obtain the forgiveness of God and enter the rank of souls who contemplate him, but those who do not repent and cannot therefore be forgiven disappear. There is no hell, there is the disappearance of sinful souls.”   FOX NEWS