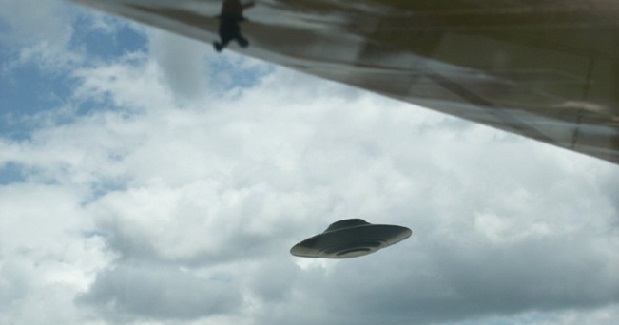 CLOSE CALL OVER THE SKIES OF NORWAY WITH A UFO

I’m a commercial pilot with a European airline. Whilst descending through approx. FL160 myself and the first officer observed, approximately 20 degrees below our horizon, an ascending orange light. At first it looked like someone launching a flare from the surface. As it climbed to about 10 degrees below our horizon, we noticed it was a solid object. It was a dull grey sphere, but with a black triangle attached to it at the bottom.

It had a single orange light near the top of the sphere, but not on top of the sphere. The object was now approaching us straight on… it climbed through our level and passed over our windshield. It was hard to estimate the closest approach distance, but it was certainly less than 1000 feet as I’m familiar with this range from routine 1000 feet separation from other aircraft. The object was accelerating as it passed over us. We were doing approx. 250 knots at that stage. The object didn’t appear to be much larger than about 10 feet, but of course this was hard to estimate as we don’t know precisely how close it was. We were heading roughly northeast and we had a tailwind of approx. 240 degrees at 40 knots. We asked ATC if they had any other traffic in the vicinity. They said they only had a helicopter operating to the northeast of our destination at low level, but apart from that they had no other traffic in our area. We informed them we had an object fly through our level and pass over us, but they were unable to give us any assistance as to what it was as they didn’t have other any contacts on radar. I’m not expecting any kind of follow up to this report. On the contrary I’d rather just report it and leave it to contribute somewhat to your databases, for whatever end. My better half, who is far more open- minded than I am, thinks it’s important that these things are reported. I’ve been flying for almost 10 years and it’s the first time I’ve seen this type of thing.

My gut feeling was that this was some kind of solid, small drone type object. It wasn’t a balloon as it was travelling against the wind and it appeared to be steadily accelerating as it flew over us. Apart from that I make no deductions as to its origins or intentions.  NOTE: The above image is a rendering.

31 thoughts on “CLOSE CALL WITH AN ALIEN CRAFT OVER NORWAY”