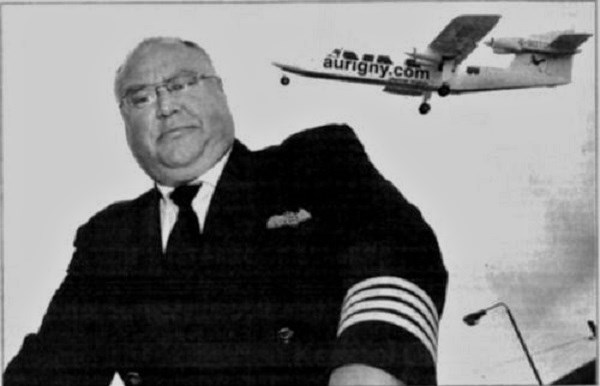 A commercial airline pilot has reported seeing two unidentified flying objects in the sky near Guernsey. The bright yellow flat disc shapes, estimated to be twice the size of a Boeing 737, were spotted on Monday, 12 to 15 miles north east of the island. Captain Ray Bowyer was about to fly an Aurigny plane from Alderney to Southampton when he saw the objects through binoculars. Mr Bowyer said he was “pretty shook-up” by the sighting. “This is not something you see every day of the week – it was pretty scary,” he said. At first he thought it was the sun reflecting from greenhouses in Guernsey. He said the objects were bright like the sun, but did not hurt his eyes when he looked at them. The stationary objects were also observed by other aircraft and the passengers on the plane. John Spencer, deputy chairman of the British UFO Research Association, said: “These types of sightings have been reported by pilots – generally accepted to be reliable and sensible observers – since the 1940s and they have excited attention to this day. “Such light effects are often popularly thought to represent alien visitors but many UFO researchers believe they more likely represent natural, atmospheric, phenomena not yet fully understood by science. “However, a similar encounter in 1978 over the Bass Straits in Australia, where the pilot was in radio contact with the ground throughout, resulted in the pilot never being heard from again, so these phenomena are important to study.”  Nick Pope, who used to investigate UFOs for the Ministry of Defense said: “While no witnesses are infallible, pilots are trained observers and less likely than most people to misidentify something mundane. “The MoD’s UFO case files contain several reports from civil and military pilots, some of which were correlated by radar. This is the sort of sighting that is taken seriously and should be investigated thoroughly. “While most UFOs can be explained as misidentifications of aircraft, weather balloons, satellites and suchlike, a small percentage are more difficult to explain. This is one of the most intriguing sightings I’ve heard about in recent years.”  A current spokesperson for the Ministry of Defense, said that while it does monitor air space for any unusual foreign objects which might pose a threat, they would not be carrying out an investigation in this instance.