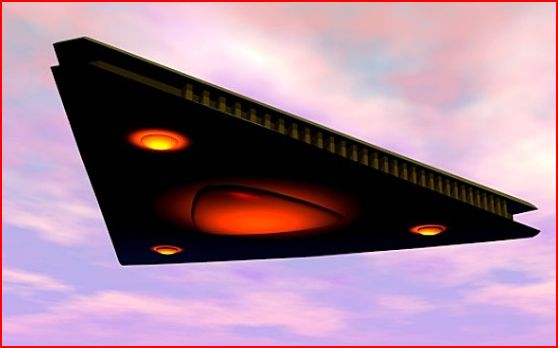 Between 9:45 and 10:00 pm on Thursday Sept 20th, my uncle and I were driving my daughter to Nebraska City; we were driving southeast on Nebraska Hwy 2, a few miles outside of Palmyra.  I noticed a very bright light in the sky, and I remarked how bright it was. We came around a curve and I realized it was not moving, but hovering.  I couldn’t tell how high it was, but as we passed my daughter and I both saw 3 lights underneath it; 1 light in front on the bottom, 2 on each side on the bottom.  It looked like the shape of a triangle or diamond shape. I tried to get my uncle to pull over so I could take a picture of it, but he said it’s just an airplane.  I said an airplane does not set in one place hovering over a field in the dark! I noticed the next landmark I could find near it was Hwy 2 and 43 intersections.   After we dropped my daughter off in Nebraska City on the way back I looked for it and it was no longer there. I know it was not a plane or helicopter. I have no idea what it could have been.  I also looked for towers; the only towers around had red flashing lights but none were near these lights. When we drove back after thinking about it, my uncle said he would slow down to see it again but as I said it was gone.  He said if it was a real UFO why weren’t there other people stopped taking pictures. I said because most people are like you; They see it and keep going thinking there’s a logical explanation, but this was very odd looking.  NOTE: The above image is a rendering.

6 thoughts on “TRAVELERS SPOT A HOVERING TRIANGLE OVER NEBRASKA”