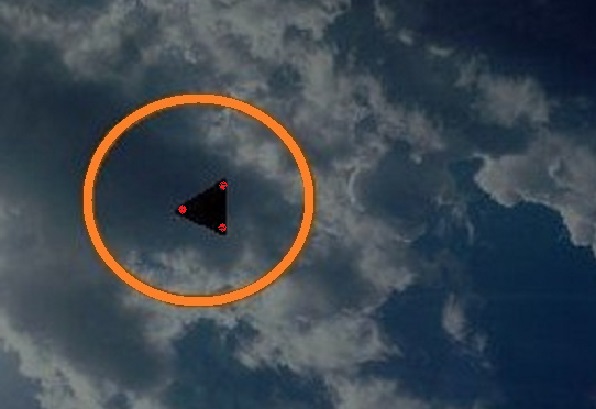 Sometimes I have a hard time sleeping, so I decided to go outside on my porch to have a cigarette. Then while gazing up at the cloudless night sky I saw a strange looking triangular craft slowly flying in my direction. I thought to myself: “What the hell is that?” I’m a military buff and familiar with both civilian and military aircraft. I also live near the flight paths for Richmond International Airport and Chesterfield County Airport, but this glowing triangular craft was not like anything that I’ve ever seen before. Also, this time of night there is not much air traffic in the area, so the craft really stood out and caught my eye. The craft itself was a dull dark gun-metal color but the entire underside was lit up and glowing with a mysterious white light. I did not see traditional manmade lights, just the entire belly of the dark triangle glowing white. “We don’t have anything like that,” I thought to myself. There were NO standard green and red (starboard/port) and NO headlights or tail lights as required by the FAA. This baby was a law breaker!!! Also NOT normal, the craft made absolutely NO sound and moved really slow, much slower than even a Cessna single-engine prop. It sort of glided, but it was NOT a glider. Weird! I watched it fly silently over my house and neighborhood, so I got a really good look, and it took approximately seven (7) minutes for the triangle with the white-glowing belly to cross the sky and finally disappear from view. It was traveling on a southwest-to-northeast heading over Chester, VA (suburb of Richmond) at approximately 2,000-3,000 feet – about the altitude of a Cessna that has recently taken off from the county airport. I thought to myself: “That’s a UFO and I wish my friend Jeff was here to see it because he’d be going crazy! Yep, we don’t have anything like that, it was one of Theirs. – a UFO piloted by E.T.s.” I’ve also been seeing a lot more government helicopters than usual, but I don’t know if they’re looking for UFO’s. These are weird times, and I’m just gonna take it one day at a time. NOTE: The above image is a rendering.