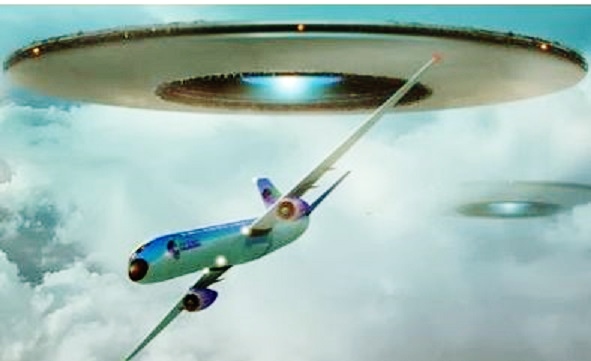 UK-based organization that reviews aircraft near collision incident recently reported about the subject involving a pilot who reported a near-miss with a UFO above London. In a Daily Mirror report, the pilot thought that they were on a collision course with no time to react.
The captain of an A320 reported the incident on 19th of July 2013. The captain pilot says that he saw the object coming straight for their aircraft, flying apparently at similar altitude. The object was bright silver in color made of metallic material in a cigar/rugby ball like in shape, according to the description of the pilot. He instinctually ducked and alerted his fist officer. 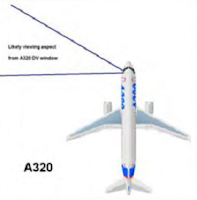 The pilot did not have time to say anything as the sighting happened so quickly, according to the report. Once the object passed through them, the captain asked the first officer if he had also seen the UFO but unfortunately not because the first officer was looking down at a log book when the mysterious flying object passed.
An evaluation of the incident was carried out by the UK Airprox Board, a group composed of experts in aviation that meets every month to review near-miss reports. According to the group’s report, the incident happened around 6:25 PM above Berkshire County, London. The radar at that time recorded unknown in the area but was later identified as a Tiger Moth aircraft travelling at a lower elevation.
The board also went to the local weather balloon stations to check if there were launches at that time in the area and found out there was none. Toy balloons were also ruled out as well as other kinds of balloons available commercially. The immediate reaction of the captain pilot for what he thought an extreme danger situation could create an impression that the UFO was not just a balloon or just a reflection from another aircraft. Therefore, the mysterious object still to be determined.  NOTE: The above image is a rendering

THANKS TO LATEST UFO SIGNTINGS.