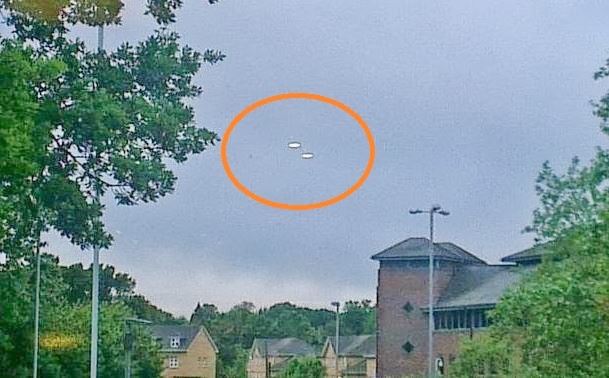 A man is wondering if there is life out there after he snapped two lights in the sky over Bracknell Friday night, June 14.  Steve Lambert was on the terrace at the front of the Running Horse Pub, London Road, making a phone call, when he spotted the discs over Harmans Water at 8pm.  The 42-year-old from Basingstoke said: “They were heading south-west at speed towards Basingstoke – quicker than any normal aircraft.  “They were there for less than five seconds.”  Steve posted the photo to Facebook to see what his friends made of the photo and now wants to hear from anyone else who saw the UFOs.  He added: “I have seen a lot of funny things in the sky and I have always practiced trying to take a photo quickly on my mobile phone.  “I am interested to see if anyone knows what it is.  “If someone else saw a funny light or pair of lights then we know there is something out there. “I really want to know what is going on out there – there probably is life out there.”  In February a mysterious object was seen in Sandy Lane, around two miles from Friday night’s potential extra terrestrial sighting.