A Meteorologist Believes UFOs Are Flying Around The Sun

A UFO was noticed from SOHO project’s photos released by NASA. It was discovered and posted by YouTube user Myunhauzen74. The video seems to show an object making an intelligent movement, ruling out a comet or other space bodies. Its size would appear to be the same as the Earth based on the Sun’s perspective in the photos.  The SOHO is a joint project of the European Space Agency and NASA. The orbital solar telescope has been taking photos of the Sun, solar flares and any activity around the Sun. It is placed 1.5 million kilometres from Earth. The data sent from the telescope is loaded in the website of NASA without editing, giving UFO researchers a chance to examine the raw images.  Report about a UFO around the Sun is not new. In fact, there are hundreds of reports about the anomaly around the Sun involving an unidentified flying object. American meteorologist Scott Stevens has even made a theory about it saying that solar flares are results of space aliens’ experimentation. He said in an interview that he believes UFOs are flying around the Sun. 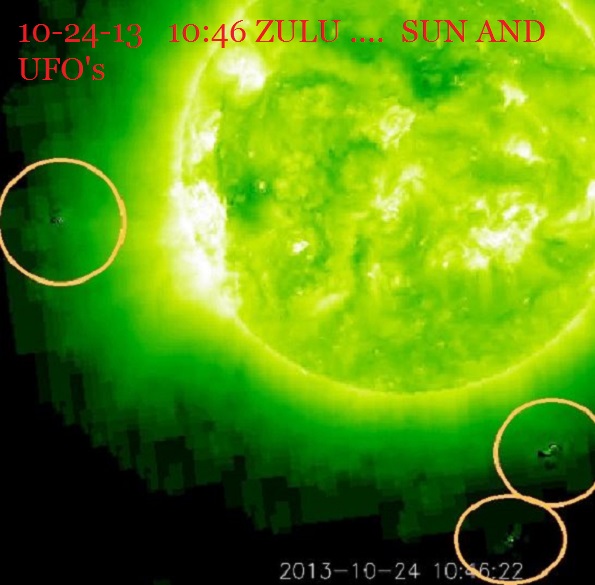 KENS NOTE:  I have been tracking and downloading these events every day for a few years.  The objects are the size of planets or much larger.  I really do not know what they are because of the heat generated from the Sun.  You would think anything would burn up thousands of miles from the Sun but this is not the case.  Now if NASA came out and said ” its molten material being blasted out into space from the Sun “, I could deal with that.  It would make sense to me but I have not heard any explanations from NASA about this phenomenon except for some egg head explanation that makes no sense to me.  “Double talk” is an art with NASA.  Check out my Sun gallery on www.worldufophotos.org .  I have approximately 1,100 photos of the Sun with these objects highlighted.  A couple years ago NASA displayed high definition images on the SOHO web site but in January of 2011 the hi-definition images went away.  Now they are low definition images but they are still good to see this phenomenon around the Sun.   The images enclosed are a few of the finds I have on the Sun.  My theory is these craft are possibly using the energy of the Sun to fly their ships through space. 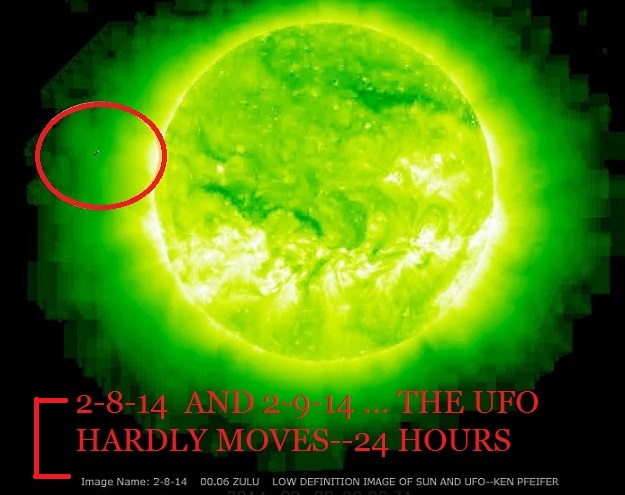 I have enclosed 4 images of the Sun and UFO’s.  Two of the photos  are a prime example of these objects hardly moving within a 24 hour period….Of course, to you debunkers and so called scientist, they probably moved a million miles in one direction or another but look at the image.  I am interested to see if the object will be there tomorrow at 00.06 Zulu. 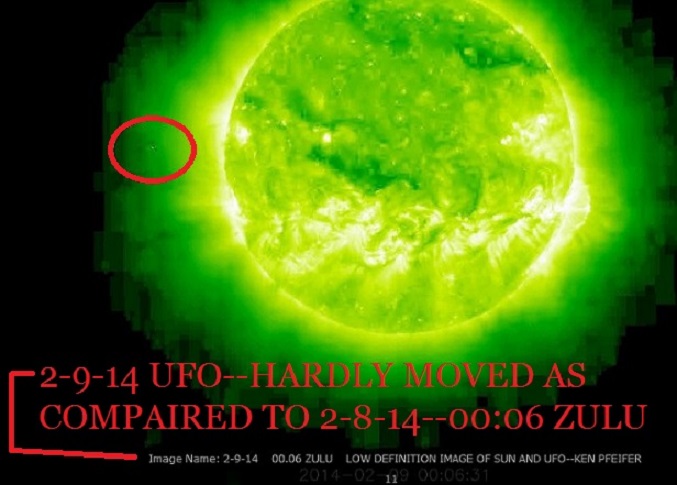 THANKS TO LATEST UFO SIGHTINGS.NET