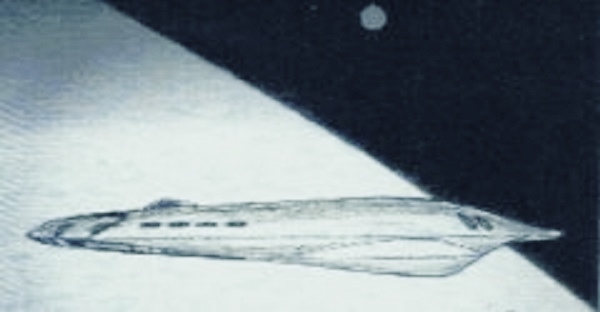 RUSSIAN COSMONAUT DRAWS ALIEN CRAFT HE ENCOUNTERED
“It followed after the changes that occurred in Russia all kinds of things went on sale. The KGB files were sold in their entirety to Yale University, and two U.S. film companies bought the rights to the KGB UFO files. Soviet scientists and cosmonauts also came forward with what they knew. In 1990 Colonel Marina Popovich held a press conference in San Francisco at the Russian Consulate. During the conference she showed amazing photographs of cigar-shaped alien craft in space that were each, fifteen miles long. The photos were taken by a Russian space, probe which mysteriously stopped working, then disappeared completely, shortly after taking the photographs.]  For more information on missing space probes see “Star Warsand Satellites” page. 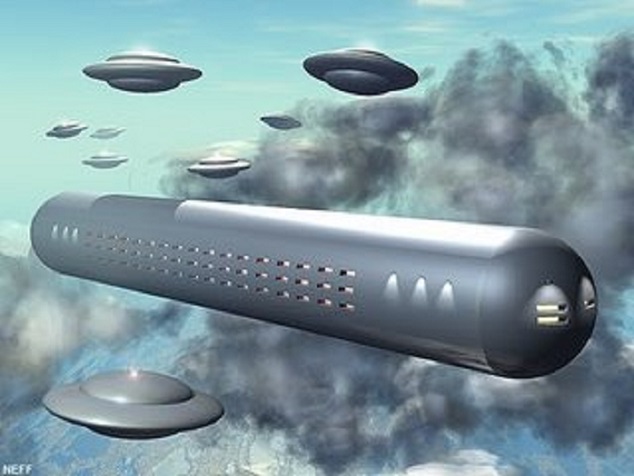 Popovich knows her stuff. Besides being a colonel in the Soviet Armed Forces, she is also the wife of famed cosmonaut Pavel Popovich. Pavel Popovich was head of a Soviet Committee on UFOs.]   During half of our orbit. We observed it on the light side, and when we entered the shadow side, it disappeared completely. It was an engineered structure, made from some type of metal, approximately 40 meters long with inner hulls.  The object was narrow here and wider here, and inside there were openings. Some places had projections like small wings. The object stayed very close to us.  We photographed it, and our photos showed it to be 25 to 29 meters away.” – Cosmonaut Victor Afanasyev commenting on a UFO sighting that occurred while en route to the Solyut 6 space station in April of 1979. Cosmonaut Adanasyev made a drawing of the space ship he witnessed from aboard the Soviet orbital vessel. (top photo)  Victor states, “I think we are not alone, something of extraterrestrial origin has visited Earth.” The alien craft turned toward ours, followed us and flew formation 25 to 29 meters away.  We photographed the metallic engineering structure that was around 40 meters long. The film was later confiscated.  Sourse:  Rense.com and Filer Files  NOTE:  The above image is a rendering except for the drawing from the Cosmonaut.
KEN PFEIFER WORLD UFO PHOTOS AND NEWS
WWW.WORLDUFOPHOTOSANDNEWS.ORG
WWW.WORLDUFOPHOTOS.ORG