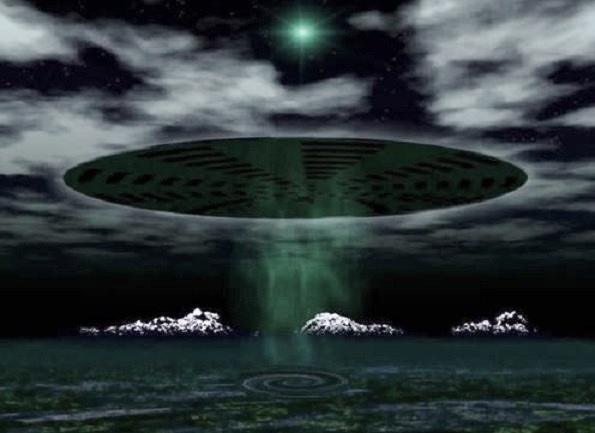 It was late March of 1967. I was in the army at that time, and assigned to an air defense center in Key West, Florida. I spent many of my nights in a radar control center watching the various screens. My second cousin was also in the scope dope business. He was in the Air Force at the time and worked in a radar station in Homestead, Florida, just outside Miami. We spent many an evening conversing on the air defense net, although our conversations rarely had anything to do with air defense.
My cousin called me one night on the net and advised me that something unbelievable was happening in South Florida. He opened the net so I could monitor the traffic regarding the incident taking place. I pulled my headset to my ears as I listed to various NORAD stations tracking a UFO just of the coast of Miami. At the time, Homestead was a SAC base, and any such traffic was a great concern to the Air Force.
Although I was about 100 miles from the target under discussion, I had the capability to observed activity in the area with my own radar. I had only to take it off standby. As I was bringing up my antenna, the chatter continued, and referred to three more objects in the sky near Miami. It was also noted that civilian observers had now sighted the objects and the sighting was being reported on local commercial radio.

As my scope came up the first thing I noticed was three Marine fighters departing Boca Chica Naval Air Station, heading North. The UFOs were clearly visible just Southeast of Miami. They appeared to be moving just East of North, skirting the Florida Coast. They then turned sharply West, crossing the keys near Everglades National Park on the south tip of the Florida mainland. It only took the Phantoms a few minutes to reach the area of the bogies. I have no idea if the pilots sighted the targets visually, or electronically. The air channel was not part of the NORAD net.
As the phantoms approached the targets they disappeared off the scope. Now there is only one way to disappear when being observed by a PAR (pulse acquisition radar). You must go straight up, or straight down.
This cat and mouse game went on all night. Much to much to type in this report. Visual observations in Miami reportedly included the observation of one large object and three small. This I can not verify, although I imagine the Miami Herald would have some record of it. To me, they appeared to be flying a search pattern. The way the Coast Guard would search in grids.
After about four hours one of the unknowns began moving South directly towards my location. The target was really moving, probably twice the speed of anything I had ever tracked, around 1100 miles an hour. This would provide me with an excellent opportunity to lock onto the target with a different type of radar. This other type of radar, which I probably should not identify, has the capability of bringing back actual sounds of the target . Turbo prop, jet engines, or the thud of rotary aircraft could clearly be heard with this system.
As the target approached it decelerated but was still super sonic. I brought the targeting radar into alignment with it and brought the unit on line. For a short moment, a very short moment, I could hear a high pitched whine, similar to a jet engine, but smoother and much higher pitch. At this point the target obviously detected my lock and hit my sight with some type of Electronic Counter Measure. It appeared to reverse the polarity of every piece of equipment on the sight, although I was never able to verify that. Needless to say this caused an instant shut down of the system and erased a great many taxpayer dollars.
As I was exiting the control center the launch crew stated that they had seen the object pass over. It was moving so fast that one of the guys swore it was a meteorite, but was flying level.  When last seen the object was headed South towards Cuba.  It was many years later that I read newspaper articles about a two week flap in the Miami area. I would also later learn about a Cuban MIG21 that was allegedly destroyed during an encounter with a UFO in March 1967.  NOTE: The above image is a rendering.