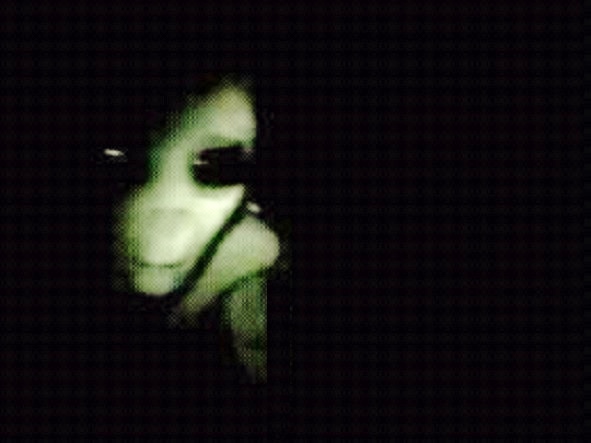 ALIEN ABDUCTION OF AN ELK IN WASHINGTON STATE.

Shortly before noon on the last Thursday of February, 1999, fourteen forestry workers had just broken for lunch and were heading for the crew vehicle. Francisco and Augustine were nearly at the turnout (1900 ft. elevation), Manuel and two others were walking up the slope (about 1600 ft. elevation) from an old overgrown access road, while the rest of the crew was scattered, most midway between the two groups on the north-facing hillside. Francisco stopped to rest momentarily and watched the 14 elk of a herd that had been browsing all morning on a nearby slope northeast of them.
Then, out of the northeast, he spotted a strange moving object. The UFO, presumably, had already dropped some 70 feet down the height of the Douglas Fir trees bordering the dirt road and was now drifting over a hilltop. Skimming the clear-cut at brush top level and hugging the contour of the hill, the UFO appeared to be heading slowly toward the herd of elk. The object’s initial location was approximately 800 yards distant and 200 ft. lower in elevation than Francisco’s location.
At first Francisco mistook it for a bi-colored paraglider silently drifting in for a landing. The object had a strange, slow wobble. It showed red on the right half, white on the left. Francisco quickly realized that he was not seeing any type of parachute.
The object advanced toward the elk herd, staying close to the ground as if in a “stealth mode.” When the elk became aware of the object, they bolted. Most tried running up the slope to the east, but the going was slow. A lone elk separated from the herd and headed north. The craft targeted the loner and moved in. Surprised and astounded, Francisco shouted to Augustine, “Look at that! Look at that!”
The clear-cut terrain prevented rapid movement for the animals: innumerable small deciduous trees had trunks cut about 18″ above the ground, transforming them into sharp stakes pointing skyward. The trunks, bristling with branches, lay helter-skelter, presenting criss-crossing barricades. The lone animal could not run fast. The wobbling craft, moving no faster than between 5 and 7 mph (est.), easily overtook it.
Augustine had missed the pursuit but caught sight of the UFO as it took the elk. Down-slope, Manuel (crew supervisor) also witnessed the capture-500 yards distant. Nearly every other person’s attention had been diverted toward the main group of fleeing animals. The craft moved directly above the female elk and somehow lifted it into the air without any visible means of support evident to the observers.
At this point, the animal ceased discernible movement-no kicking legs, no struggling body, and no indication of consciousness. The witnesses were amazed that the craft could lift the 500-pound animal. The “wing span” of the object measured not much longer than the length of the elk-about 7 to 8 feet. (The increase in size attributed to the craft in the earlier report seems to have been an illusion caused by a change in the craft’s angle of tilt over the terrain at the point of capture.)
The captured elk, its head apparently against the ventral surface of the craft, and body standing stiffly upright, was lifted off the ground-just enough to clear the underbrush. The craft continued its slow, wobbling oscillation. The suspended elk moved likewise as if she were a solid metal sculpture welded to the craft. After the craft acquired (without pause) the animal, it moved away at the same slow pace, to the north, following the contour of the land. The elk’s feet were observed sweeping circles, in conjunction with the craft’s movement, just above the brush and tree tops.
Within a short time the craft approached the forest edge that defined the end of the clear-cut area. Apparently the craft did not stop or maneuver in time to avoid hitting some of the lower branches. Because of the considerable distance of the craft, the witnesses could not discern exactly what had hit the trees-whether the craft, the elk, or something else is unknown.
After hitting the branches, the witnesses saw it dip sharply and reverse direction before ascending vertically in front of the tree line. All three had the impression that the object had almost dropped the animal. Once above the tree top level, it moved over the forest margin and continued northward, dipped out of sight momentarily (perhaps still following the contour line of tree tops), then ascended at roughly a 45-degree angle into the distance until it was obscured by clouds.
Meanwhile, the rest of the herd had gathered into a tight huddle near the tree line, a normal behavior when a predatory threat is perceived. This herd consisted of cows and yearlings. The bulls at this time of year stay in bachelor groups at a higher elevation. The huddle lasted for two hours.
The witnesses shared their story among themselves at lunch. Several of the workers that had not sighted the craft expressed doubt that anything extraordinary had happened. Nevertheless, the reactions of both the elk and the excited co-workers evoked fear, generating a tense emotional atmosphere. The humans, analogous to the elk’s behavior, consciously stayed in close proximity for the rest of the afternoon. Even those that doubted the story knew something had happened and were not comfortable working far from the rest.  NOTE: The above image is a rendering.

42 thoughts on “ALIEN ABDUCTION OF AN ELK IN WASHINGTON STATE”