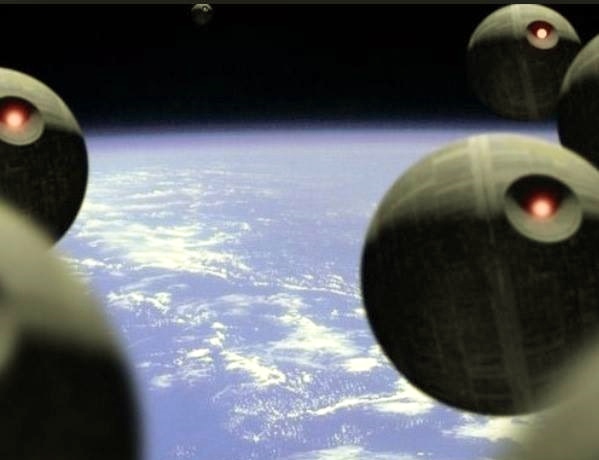 HIGH STRANGENESS IN THE SKIES OVER HODDESDON ENGLAND

MYSTERY surrounds the appearance of some strange lights in the sky, which were seen over Hoddesdon on Saturday night. A woman from River Avenue told the Mercury that she and a group of four friends were returning home from an event at the church hall at around 11 pm on Saturday.  “Nobody had been drinking,” said the 67-year-old woman who did not want to be named. It was then that a neighbor pointed out some strange lights in the sky. “There was a very, very wide circle,” she said.  She describes the lights as circular with a dotted pattern inside.  “It was swinging up a huge area, backwards and forwards across the sky,” she said. The woman tried to take a picture of the lights, but the scene was too dark.  “It was below cloud level,” she said.  “It was about as wide as the gap between the houses.”  Some of her neighbors were spooked and went inside. The shape was still in the sky when the woman got up later in the night. What does she think the lights were?  “I haven’t got a clue,” she said. “It doesn’t make much sense. “When you hear reports of people seeing UFOs you think ‘Oh what rubbish.’ “There must be an explanation.”  The caller’s 79-year-old neighbor later called the Mercury with her tale. “There were several of them,” said the second caller. “They almost looked as if there was something sucking them up,” she said.  They then started “flying about all over the place.” “I have never seen anything like it before,” she said. “I wondered if there was some light display.”  She describes the lights as “cloud color” and claims that each circular light seemed to be surrounded by smaller lights. There have been no other reported sightings.  NOTE: The above image is a rendering.