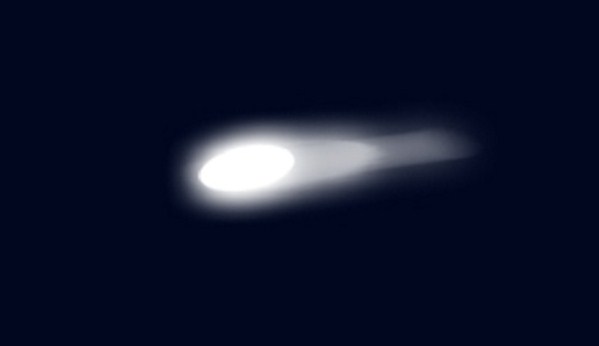 A former Navy serviceman reported an encounter with a ball of light mirroring his ship’s course and speed during a multi-national naval exercise near the Hawaiian Islands, according to March 10, 2014, testimony in Case 54547 from the Mutual UFO Network (MUFON) witness reporting database.  The witness was in transit back to a San Diego home port from the RIMPAC multi-national naval exercises about 10:15 p.m. on August 4, 2010, when the events occurred.  “Course and speed was roughly 010 true @15 kits,” the witness stated. “I had just finished my watch in sonar control and went to the smoke deck on our starboard quarter (aka starboard break). I was not alone, however, I do not remember how many people or who was there that also witnessed the event.”  The witness described what he saw that night.  “I saw a medium-sized ball of light about 10 or 20 feet above water approximately 3 kyds away almost as soon as I got there. Initially I thought it was another ship that was also in transit and continued to observe it because, to my knowledge, we were alone in transit on our Pim. (Strike group commander set course and speed). It was mirroring our course and speed almost exactly with no discernible difference to our own for a period of about 15  minutes.”  The witness watched the light move.  “The ball then traveled very rapidly from a forward position relative to my ship to aft and then changed elevation and rose vertically nearly instantly to an elevation of about 200 feet or so from my perspective. It then appeared to mirror our course and speed from that elevation and follow us.” 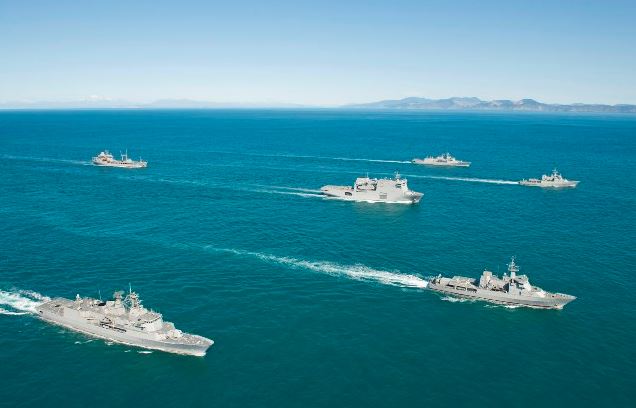 The witness decided to report the event immediately.  “Startled and perplexed I put out my cigarette and went directly to the CIC (Combat Information Center) to report what I had seen to the CIC watch officer and radar operators. I told the CICWO my findings and was brushed off.”  But the conversation was overheard.  “I then went to the SPS-49 7 radar operator and he had apparently overheard my story. The petty officer on watch proceeded to show me that he had contact on the surface and air search radar that corresponded to what I had witnessed. He also told me that the same chain of events has been reported three other times by other individuals and had been occurring since our transit had begun two days prior.”  The witness is not sure if the events were officially logged.  “I do not recall if the incidents had been logged or not in the CIC watch contact log. I seem to recall being told by this petty officer that they were instructed to maintain contact and observe its movements, but don’t bother logging it as it didn’t appear hostile or of any interest. I was also told by him that the past two nights they had lost contact due to extreme elevation at about the same time each night. A few hours before dawn.”  The witness states that there were other reports of communications failure.  “Oddly enough during the actual RIMPAC (Rim of the Pacific Exercise) exercises, my ship, as well as every other ship in our strike group, experienced strange connectivity and communication issues. An investigation was launched by the strike group commander under the premise that there was a suspected probe initiated by the Chinese on our entire strike group. I later discovered that the commications and systems phenomenon the ships experienced had no explainable origin and no evidence of an attack from a foreign nation was detected.”  No images or videos were included with the report, which was filed on March 10, 2014. Hawaii has a current UFO Alert Rating of 5 with a low number of recent reports nationally. Hawaii had 2 UFO reports in February 2014 – the 39th highest reporting state – while California had 59 reports – the highest reporting state in the nation.  You can read more details about other recently reported cases at the UFO Examiner home page.  NOTE: The above image is a rendering.