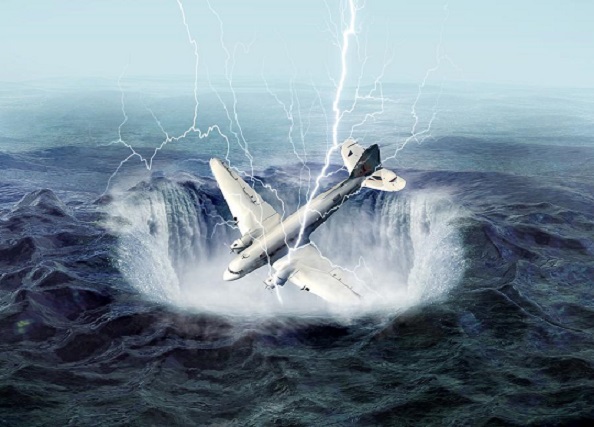 Another geographical triangle, located in the middle of Lake Michigan. It, too, is the site of mysterious disappearances of both land and sea craft….similar characteristics of the Bermuda Triangle, including ghost ships, strange disappearances and even UFO sightings.  “There’s been some strange disappearances out there, there’s been many ships that have been lost that haven’t been found.”  Bill Wangemann is a historian from Sheboygan, Wisconsin. He’s spent a lifetime gathering tales about the Lake Michigan triangle.   the legend doesn’t end with sunken ships; nearly 40 planes have disappeared over Lake Michigan too. Probably the most famous is northwest airlines flight 2501 that took off from New York City headed for Minneapolis in June of 1950 and plunged into Lake Michigan just off Benton Harbor. No one survived.  Then, there are the sightings of UFO’s and other strange anomalies in the sky. In fact there have been so many sightings of strange objects and phantom planes that the Federal Aviation Administration created a special lake reporting service to catalog the reported sightings.  And yet still, thousands make the journey through the Triangle every season.  “There’s dozen’s of these stories about different things that have occurred out there and people that have been lost and sailors that have disappeared off of ships and some people claim that there is something supernatural going on out on the lake,” says Wangemann. 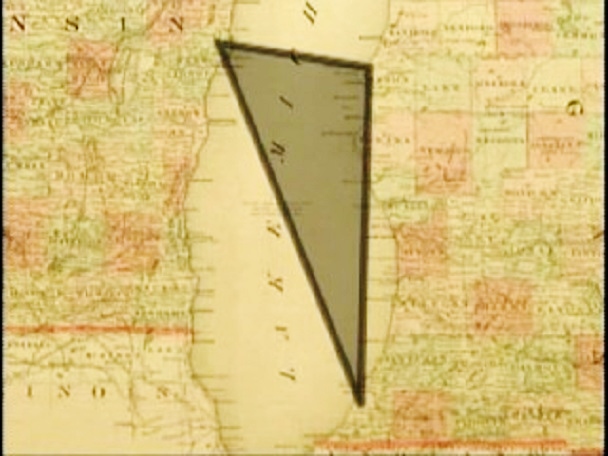 The wreck of the schooner Rosa Belle and the loss of 11 crew members and passengers, all members of the Benton Harbor cult House of David, shocked the nation in the fall of 1921. The wreck was discovered on Oct. 30, floating upside down by the Grand Trunk car ferry Ann Arbor No. 4. The captain of the ferry said it appeared as if the schooner had been in a collision with another vessel. But no other ship was found to have been in a collision that week. The aft section was smashed, the cabin was wrenched away from the deck and the ship’s rigging was floating loosely about the hull. The mystery of what happened to the Rosa Belle was never solved.  Strange too was the fact that it was the second almost identical wreck for the Rosa Belle. The vessel capsized in the same area and drifted ashore near Grand Haven, Michigan, in August, 1875. Ten crew members were lost. The wreck was recovered at that time and rebuilt.  Among the strangest of the mysteries was the disappearance of the schooner Thomas Hume, which disappeared without a trace in a Lake Michigan gale on May 21, 1891, while sailing empty from Chicago to Muskegon, Michigan to pick up a load of lumber. Seven sailors, including Captain George C. Albrecht, were lost with the ship. Even though the lake was searched thoroughly, not a stick of lumber or piece of flotsam from a wreck was ever found. Old sailors speculated that the Hume, a wooden vessel, could not have sunk without some wreckage floating away. To this day, the Hume’s disappearance remains unsolved.  NOTE: The above image is a rendering.