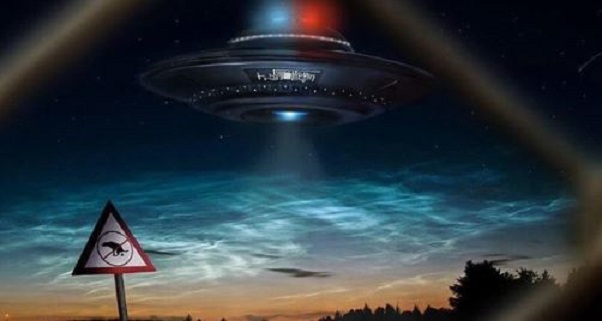 WEIRD ALIEN CRAFT WITNESSED OFF THE BEACH AT MARTHA’S VINEYARDS

While camping alone on the cliffs of Gay Head, Aquinnah, Martha’s Vineyard, Massachusetts I made this observation. It was Bill Clinton’s birthday, as mine was the day before, so I guess we were both celebrating on the island…my accommodations were a bit more primitive than his I’d guess. To save money I drove my motorcycle to a secluded spot on Gay Head Cliff, looking out to No Man’s Island, an uninhabited island that had been used by the military for bombing practice, about a mile off shore. It was very dark, but a nice starry night. I had passed Clinton’s motorcade earlier that day and was just enjoying the solitude and peace of that beautiful island. The beach front lay before me at the bottom of the cliff; a clothing optional beach, very famous, was nearby and got extensive use on sunny summer days. The President had done a book signing that day in Vineyard Haven and may have been coming back from the beach when I saw his motorcade. It was late, about 1am, when I finally settled down, as I wanted to be as inconspicuous as possible; camping was illegal there. I had only a sleeping bag, which was enough for that nice weather. As I was looking out over the cliff to the SW I saw a fishing boat way off, a dragger, with all its very bright lights on, not moving so it seemed. Suddenly, to the right of the boat appeared a large, spinning, pinwheel kind of light, with reds, oranges, and yellows going round and round, going clockwise. It was just at the ocean surface and not far from the boat..I thought, those guys on the boat have to be looking at this light. It was kind of freaky watching, trying to figure out what it could be. It was not related to the boat at all. I watched it stay steady for about ten minutes when all of a sudden it just went out, like someone pulled a light switch…just gone. The boat was still in the same spot. I wondered whether it was still there with its light out or moving in the darkness with out lights. I kept watching but never saw the light again..I didn’t sleep much that night, wondering if it might find me there alone, miles from the nearest habitation. Just a weird and lucky observation for me. I wonder what the boat crew thought. I’d say the pinwheel was almost the size of the ship and that they were very near each other, relative to my position. Was it observing the boat? I don’t know. – MUFON CMS    NOTE: The above image is a rendering.