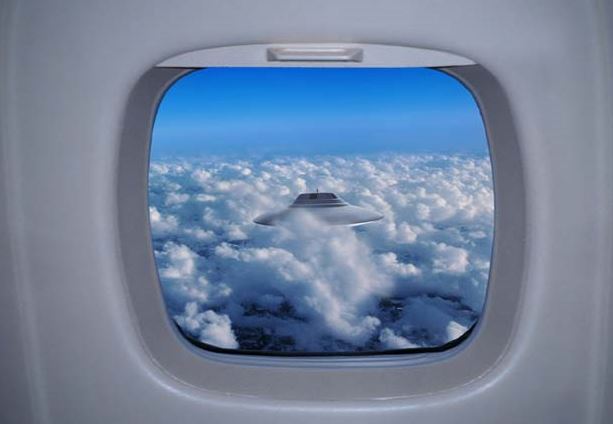 This is a record of my rare experience while flying home from Texas one day in January. My friend, John Miller, who piloted B-24 bombers during the World War II years, was along on the trip for the ride.  The year was 1974 and I was going to a law seminar in Phoenix. We stopped in Texas for fuel and checked the weather en route. It looked like there might be considerable weather over the mountainous portion of the route into Phoenix. We continued on to El Paso and stopped to check again with Flight Service. It did not look good so we remained over night in El Paso and took a commercial flight to our destination the next morning.  Following the seminar, we returned to El Paso to pick up our plane and return to Columbus. The date was January 12, 1974. My airplane was a Cessna Centurion, a 6 passenger, high performance plane (so classified for light aircraft) with a single Continental IO-520 engine. Our aircraft registration number was 9458M. It was a cold clear day for our return. I recall that we stopped in Springfield, Missouri for refueling and landed on an absolute sheet of ice. Fortunately the wind was directly on our nose as we landed and we didn’t have to deal with a crosswind landing which could have been a real challenge.  We soon  departed for Columbus. The flight was smooth and unremarkable as we proceeded East bound. It started to get dark in Illinois and just after passing Indianapolis, Indiana, in the clear but dark sky on this moonless night, we noticed a bright light approaching some distance ahead. We believed it to be another plane at or near our same altitude.  We were cruising at 9000 feet and in contact with Indianapolis Approach Control. We were conscious of the fact that no other aircraft were contacting Approach Control on the radio frequency we were using, suggesting that at that particular time, we might be the only plane in their control area. Let me note that Approach Control in the major air traffic areas had radar at that time and could identify any airplane separately from any other. It is also common for Air Traffic Control to contact any planes in its area of jurisdiction and alert them to any other traffic flying near the same altitude when two planes are approaching each other or likely to cross paths. For example, I expected Approach Control to contact me and say “58 Mike, you have approaching traffic, 3 miles, 1000 feet above you.” He never did.

We watched this oncoming light for what seemed like 5 or 10 minutes. Of course we had no idea of its distance from us-there are no benchmarks up there to gauge distance, and at night time you might see a light many, many miles away. Soon I could tell it was getting much closer and I turned on my landing lights in the nose of the aircraft, in addition to my wingtip navigation lights as a precaution. The light just kept coming at our altitude and I was getting tense. In a moment it was close in front of us and I banked my plane sharply in a steep right turn and bank to get away.  The very moment I did this, the object with its light, in the flash of a moment, abruptly reversed direction by rapidly climbing and proceeding more than 90 degrees to the right of its former course. Picture the bottom half of the letter “Z”. That was it’s trajectory. All of this happened in a split second and I observed what I thought was the tail of this object climbing in the darkness at incredible speed, with 2 less bright lights, which quickly disappeared from our view. Given our right turn position and the speed which this object displayed, I cannot describe it further, it just could not be made out in the darkness, and what seemed a split second. It was a frightening event.  I turned to John and said “John was that a jet”? He replied “Hell no, that wasn’t a jet”. I immediately contacted Approach Control and asked if they showed traffic in our area, saying that we just had a close call. They answered that they were not showing any other traffic but would contact Center Control which controls traffic at the higher altitudes. In a moment he came back and said ” Indianapolis Center shows nothing-you’re the only traffic we see at this time, 58 Mike”. All I could think to say was that something else came awfully close.  We were both incredulous. This was something tangible, it traveled a considerable distance, it maneuvered, it changed direction in an amazingly abrupt motion, and no other aircraft, even those flying today, would be capable of such aerodynamics. I’ve heard the responses to UFO sightings before: it was moonlight on a cloud (there were no clouds nor moon), it was a reflection (of what,…. and its long trajectory and complete change of direction would argue against this). It was the pilot’s hallucination–if so, two seasoned pilots experienced it at the same time.  The remaining flight home to Don Scott Field went quickly and I don’t even remember that part. This occurrence was heavy on my mind for weeks and, indeed, was one of my most memorable experiences ever. It remains vivid in my memory. John Miller would say the same thing.  NOTE: The above image is a rendering.