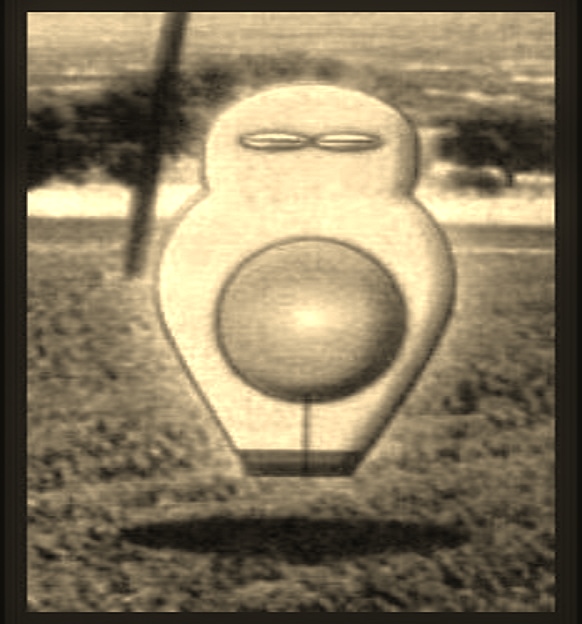 The alien encounter incident took place in 2001. Three villagers; Fevzi Can, his wife Selma Can and their neighbour Aysel Topaloglu from Narli village in Esme district of the city Usak; woke up early in the morning to hoe their tobacco farm. It was about 7 in the morning. They got on the tractor, as they would always do, but on the way they saw something 30 cm. above the ground on a farm they were passing by. The thing was about 15 meters away from them. First, they did nothing but kept on driving. But as they drove, the being started to follow them on the same direction, still keeping the 15 meters distance in between. That was when the villagers got puzzled and Fevzi Can stopped the tractor and got off it to look closer what that was. The being started to rise in the air and approached towards them. It stopped about 2 meters away from Mr. Can and hovered about 2,5 meters above the ground. The thing was completely silent. No wings or no propellers were apparent. There wasn’t any noise of an engine either, but it was in the air. Mr. Can was astonished and confused by what he was looking at, so he thought of throwing a stone at it, thinking maybe he could drop it down and examine it closer. As soon as he had the thought of throwing a stone at it, the being started to rise in the air. Mr. Can threw a few stones at it, but all missed. The being rose about 5 meters then started to fly to the opposite side, all time facing the witnesses, and went away. The villagers told that the being they saw was about 60-70 cm. tall, wearing a bright, gelatin-like suit with an orangish, reddish bright light in the belly part. It had an elliptical head and red-coloured feet. It had no arms and the legs looked like to be attached to each other forming a V shape. It had no ears, no nose nor a mouth. According to the witnesses’ testimony; the only facial detail that was apparent was its almond shaped eyes. Right after the encounter, the villagers went to Mehmet Yildirim, the head official of the district, and told him about their encounter. Mr. Yildirim notified the governor Ayhan Cevik right away. A security meeting took place and the bulletin including a sketch of the alien was distributed to the head official of the district, security superiors and gendarme commanders.The combination UFO/entity was never seen again, which is remarkable when you consider the government’s response to the report. Can you imagine anyone in the US reporting that story to their local government official, then the local official reporting it to the governor, then the governor holding a security meeting, then alerting all the security personnel and gendarmes in the district to watch for a peculiar little floating entity in a gelatin suit who can predict when someone is about to throw a stone at it? My guess is that that would never happen in the US.   NOTE: The above image is a witness rendering.