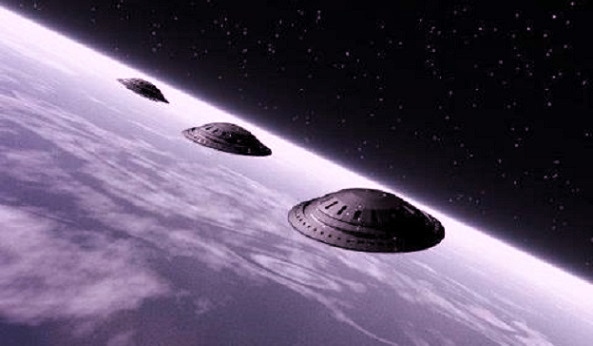 The Fort Monmouth Case began with a watershed event which took place at 11:18 A.M. EDT on a clear morning in September 1951. It was Monday the 10th. The place was a radar facility near the coastline at Fort Monmouth, New Jersey.  A young student Army Signal Corps radar operator, PFC Eugent A. Clark, had just picked up an unknown low-flying target moving faster than the automatic setting mode on his AN/MPG-1 radar set could plot.  As a matter of coincidence, a number of visiting Army officers happened to be standing behind Clark at the time, witnessing the strange event unfold. They watched in amazement as in just moments the curious radar blip traversed the coast line at an estimated speed of at least 700 miles per hour. It was lost off the scope near the Sandy Hook coastal peninsula, not far south of New York City.  This radar tracking caused a lot of excitement. In 1951, although jets had reached such speeds in special tests, they flew nowhere near those velocities on a routine or even sustained basis.  Seventeen minutes later, the story became even more bizarre. Just south of Sandy Hook, at 11:35 A.M. EDT, a T-33 jet trainer piloted by Lieutenant Wilbert S. Rogers, with Major Edward Ballard Jr. in the rear seat, encountered a completely unrecognizable object. They were flying northward at 20,000 feet over Point Pleasant, New Jersey headed toward Sandy Hook.  At that moment Rogers spotted off to his left a dull, silvery object passing far below on an opposing parallel course. It was southward bound in from the coastline peninsula of Sandy Hook and appeared to be about 12,000 feet below them. Rogers had been on a direct pre-approach heading toward a landing into Mitchel AFB, New York, but wanted Major Ballard to have a look at it.  Ballard, however, was on the radio so Rogers turned slightly to the left to linger and waited for him to complete his radio communication. Forty-five seconds later Ballard had caught sight of it, by which time the UFO entered a descending arc-like turn that was about to cut under their flight path. At that moment the pilots’ conversations were heard by ground control via an open mike.  Records show the pilots were excited as both men were watching the object bank. As it did, it revealed a ‘discus-like’ silhouette while continuing its turn. So Rogers kept turning left with it to keep it from going under his wing and thus out of view. While the object proceeded to descend further, Rogers nosed his jet down to eventually complete a hair raising 360-degree, 3,000 feet descending maneuver, just to keep it in sight.  Both Rogers and Ballard estimated the craft to be around 30 to 50 feet in diameter and perhaps moving as fast as 700 miles per hour. By then the pilots knew that they were definitely not chasing a balloon because this thing was not only banking left but was by then out-pacing their jet which Rogers had throttled up from 450 to 550 miles per hour!  By that point the object had completed a 90 degree turn and was heading away from the coastline, traveling out over the ocean in level flight near the speed of sound at around 5,000 feet. Rogers vainly attempted to parallel its course from his current altitude of 17,000 feet as the UFO continued to increase its speed out to sea, covering 35 miles during the short two minute span of the sighting.  Rogers, an experienced WWII fighter pilot, was later asked by a reporter what he thought it was that they had seen that day. He shrugged and only said that the object was something he had never seen before in his life, and it certainly wasn’t a balloon because it was not only descending but moving at great speed. He added that the object looked perfectly round and flat with the center of the object being somewhat raised.  NOTE: The above image is a rendering

THANKS TO WWW.UFOCASEBOOK.COM  AND READ THE REST OF THIS AMAZING SIGHTING.

ALSO THANKS TO WENDY CONNORS AND MIKE HALL