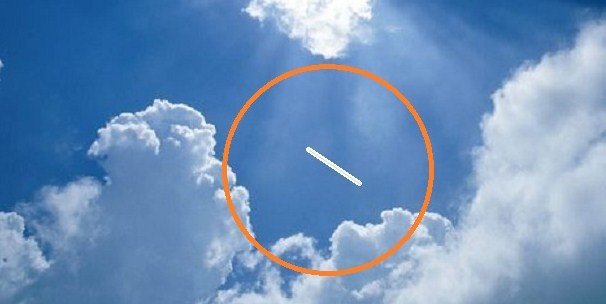 AUGUST 23, 1984       ALEXENI  AIR FORCE BASE  ROMANIA
Alexeni Air Force Base is in Ialomita County, not far from the town Urziceni. On August 23, 1984, was the communist era National Day, celebrating 40 years since Romania turned against Hitler’s Germany. In the afternoon, the aircrafts (type MIG, IAR, AN etc.) who participated in the military parade in Bucharest, had returned and landed at the Alexeni base and were even covered. At one point, the Otopeni radar station (near Bucharest) asked Alexeni station if they have any aircraft in the air, because they saw something on the vertical of the Alexeni airfield.  Emil Strainu, today general (retired), was working at the radar complex command. He described as eyewitness the story summarized below. A further examination was made, confirming the presence at the ground of all equipment. The sky was clear, temperature 28 degrees Celsius, so that shortly the unknown object was spotted also visually. Observed by optical instruments (telescopes, theodolites) it had ovoid shape, and it was estimated to be 2-3 meters long and 1.5 meters wide, seeming to be made of a shiny material, like aluminum. It moved silently, and did not have lights or propulsion jet. It did not seem disturbed by the wind of 7-8 m/sec. During its evolution, a strong interference was noticed with VHF and short waves communications… The officer on duty put to operate the Alexeni radar station, but noticed nothing, because this unit had no way to see an intruder in the overhead area, which is in a „dead zone”.   The Otopeni centre told that the object appeared suddenly, and was seen by 4-5 different radars from different locations, working with different frequencies. Now the intruder was “swinging somewhere in the vertical of the Alexeni airfield, westerly, at an altitude of 4000-4500 meters”, as they told. The radar signal received was comparable to that of a small plane or a helicopter. Subsequently the object descended to 2200 meters. Moving westward, it came, after a time, in the Alexeni radar angle. At one time it was lost and found, after five seconds, at an altitude of 22,000 meters. After this, the object (now located about 20 kilometers from Alexeni) climbed and descended, about 7-8 times, between 2000 and 55,000 meters with speeds from zero to 12,000 km/h, making zigzag movements and turning in sharp angles that no earthly aircraft would have been able, among others due to overloads.  The crews of some civilian aircrafts flying over that zone confirmed also that they see something that looks like a balloon, with metallic appearance, but declined to make any official report, claiming they do not want to compromise themselves.  The object was watched for 40 minutes, being lost at a height of 100 km, when it disappeared into space at a speed of 1000 km/h. The radar operators, all with over 10 years experience in radar, specifically chosen to assist the military parade, confirmed it was not a balloon or other known object.  When details were reported verbally to Otopeni, the answer was that’s better to forget the incident as, being the national day, nobody wanted “news bombs”. The magnetic tapes that recorded the event have been carefully considered, but after 24 hours they have been deleted. Given the special moment, no one has claimed responsibility of sending a report upwards”.  NOTE: The above image is a rendering.
KEN PFEIFER WORLD UFO PHOTOS AND NEWS
WWW.WORLDUFOPHOTOSANDNEWS.ORG
WWW.WORLDUFOPHOTOS.ORG
THANKS TO DAN FARCAS AND http://www.ufocon.ro/index.php/ufocon-romanian-ufo-conference