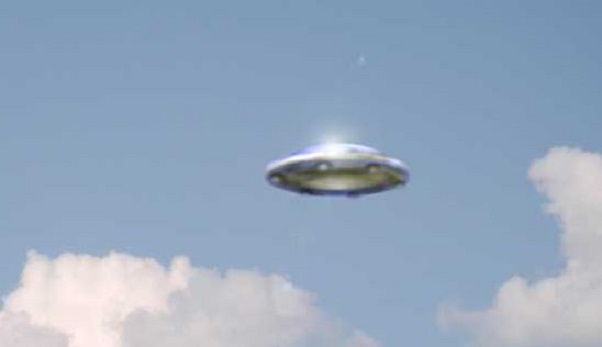 In the late afternoon, around 5:30 PM, my wife, son and I were out in the backyard. The weather was fair and clear. Approx. 75 degrees with no wind. Unlimited visibility. As we stood together between some trees I noticed a “bird” almost directly overhead. It appeared from overhead a 30″ tree canopy from the E. It moved in various sharp angles to a hover, and then back and forth between sharp angular turns to hover over and over for about 15 seconds. We all watched it. After approx. 15 seconds the “bird” moved off back to the E direction over the tree top it appeared from. The “bird” resembled the size of a large Raven. It was black. It had a segmented body. The body was that of a long tappered elipse with a round head with a long pointed “beak”. The “wings” resembled that of a dragonfly and it moved about like a Hummingbird. We discussed what it might have been and I said a Hummingbird, because I have seen them before and they darted about like that but knew that they are quite small at close range and this was no bird because of it’s size, structure, and movement. I am a skilled observer. As soon as it moved away back to the E over the tree top , immediately at the exact same elevation and area of the sky appeared from over the tree top an off white colored object from the E. It looked round at first. It seemed to be at a very high altitude and it moved at constant speed and direction like that of a high altitude commercial jet. There were about 30 degrees of overhead visibility inbetween the trees. I called it out and my son eventualy picked it up just before it disappeared over the treeline to the west. The elipse was slightly egg shaped, the point was at the front. The edges were clealy defined. There were no lights on it or reflections. I checked the weather conditons the next day with the NWS and the winds were light about 5 mph from the W. My estimation was that it was as large as a commercial jet at altitude. NOTE: The above image is a rendering.

NOTE: This case has been investigated by Ken Liperi of MUFON New Jersey.  Since we are not allowed to classify cases as ”alien craft”, Ken classified this case as  unknown.