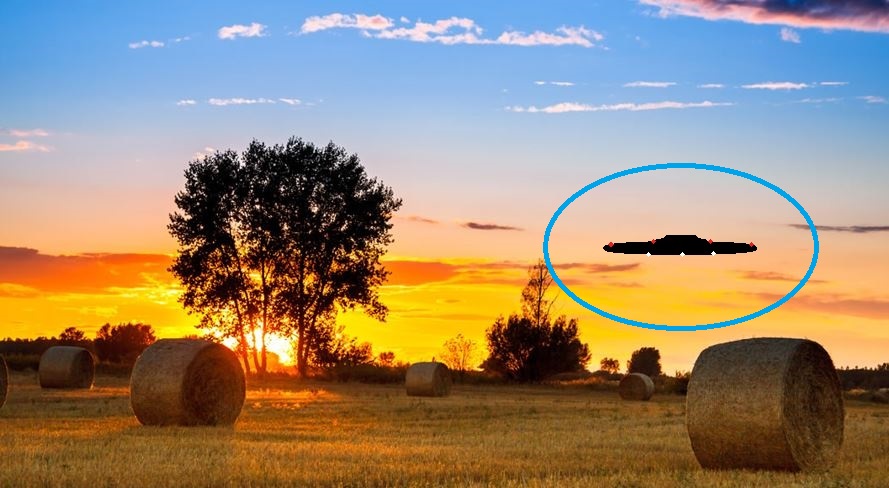 In the early hours of the 1st, Bruce Stevenson was about to check out some sows in his farrowing house near Circleville, Ohio. As he left his home he saw a disc-shaped craft hovering above the farm buildings. It was less than 100 feet from Stevenson, about 60 feet in diameter, 10 to 12 feet thick, and it looked metallic. In the center was a dome through which shone a blinding orange light. From the disc’s tilted position, it appeared that someone inside the dome was curious about the bluish-green glow from the farrowing-house windows. After a moment, the disc moved into a level position, and then it passed over another farm building and was hidden from view. Before it disappeared, the light in the dome changed to a dim amber, but Stevenson was unable to see inside. On the 18th at about 5 PM, a farmer living 14 miles west of Stockton, Kansas, was stand-ing near the hog pen about 100 feet east of his house, when he heard the pheasants raising a disturbance and the chickens all rushed to the hen-house. He looked around toward the house to see what was causing it and saw something hovering just above the house. The farmer ran toward the house, and then the object lowered over the north end of the structure and settled toward the ground. When the object was about six feet from the farmer it stopped about level with his face, and just wobbled around for an instant, fire belching in and out of it. The object was about four feet long and shaped something like a funnel. Sud-denly there were a lot of sparks showering from it and it took off to the northwest, leaving a trail of smoke all the way. Shortly thereafter, a large cloud of smoke appeared in the sky, followed by the sound of an explosion. The farmer checked the ground in the area where the object had been and found it to be “hot.”  NOTE: The above image is CGI.