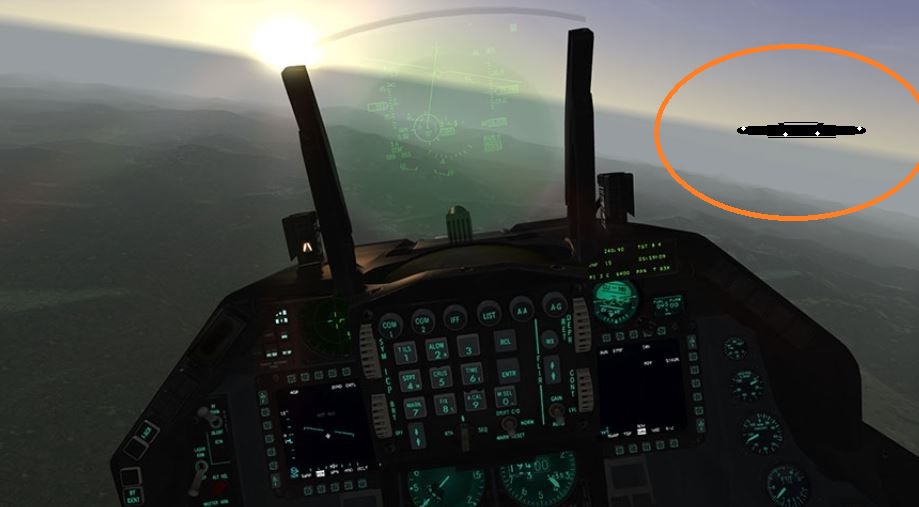 Yugoslavian Air Force and Air Defence former commander has come forward candidly speaking about an alleged encounter with a space ship.  General Zvonimir Jurjevic was the head of the 172 Aviation Regiment in Titograd, now Podgorica – Montenegro capital. It was in 1975 when the General noticed the brightly-coloured UFO came into the vicinity of the Air Force. He was on a routine flight in January of that year when he first spotted the UFO.  General Jurjevic described the strange flying object as having the ability to change colours as if it was deliberately trying to be observed.  The commander further revealed that the UFO was a glowing orb, ten times lighter than the brightest star at that point. The colour regularly changed to white, yellow, light red, and orange, the General said.  The UFO reportedly appeared from nowhere and seemed to attract attention on purpose. Interestingly, the mysterious flying object appeared exactly 50 minutes into a flight every single time without a miss.  General Jurjevic tried to intercept the UFO on January 25, 1975, wherein the bizarre thing once again appeared 50 minutes into his flight above the city of Cetinje. He went after it, but it mysteriously vanished once he got close.  .

Several other pilots in his regiment also saw the craft, the General claimed.  The commander made a plan wherein two jets were to take off, and two others were to follow a little later from a different airfield to circle the UFO. All pilots were also told to have radio silence to prevent from the ship to intercept mssages.  General Jurjevic only just stablized the flight somewhere above Cetinje when the strange object flashed over Budva. Lieutenant Machec saw the UFO above Niksic.  The commander ordered Machec to stay in place and take a course parallel to the Adriatic coast, where the commander attempted to establish at what distance the object was. He found out that it was around 10 kilometres.  However, it did not allow General Jurjevic to come closer. Oddly, when he reduced the speed, the distance was the same, and when he increased the speed, the distance was the same ten kilometres.  What took place in the skies above Yugoslavia stays a mystery until today, and General Jurjevic thinks the case will never be explained.  NOTE: The above image is CGI.