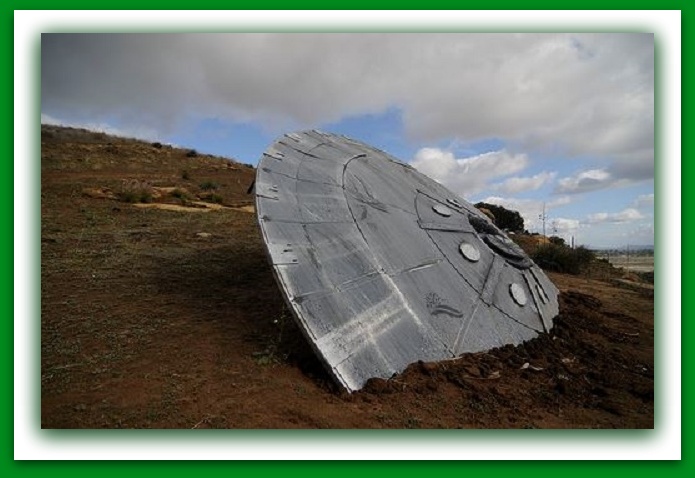 A caller (no name given) dialed up the Coast to Coast show with Art Bell circa 1997. He claims that the event happened in 1984 when he was 8 years old. He currently resides in Oklahoma but the event in question happened when he lived with his mother and father in White Sands, New Mexico. His mother was in army and his step-father worked as a photographer. His birth-father was military police. They lived on the base. “One day we were out playing in the backyard. I had a tether-ball. I was beating the tether-ball around and my stepfather was cooking steaks. And if you know anything about White Sands, the houses are like right next to the mountain, and the mountain range. Right there in the Rockies. And it was about 5:30 at night, 6:30 at night, something like that. It was right before dusk. A couple of hours before dusk during the summer. And a white light started coming from the left side of the mountain and ran to the right side, south to north, and stopped and shot in the middle of the mountains.  Our neighbor said he seen it because everybody was cooking out. It was one of those days. My mother ran in and called the military police. And she came back and said that the person was really rude and really fast talking and she said that they had been flooded with calls about this. They said, ‘Don’t worry about this, it’s probably nothing’. About an hour later, there’s a mountain road, a mountain pass road that goes right over the mountain and it just leads all the way up and goes all the way down the other side. We saw a caravan of trucks, a big flatbed truck and little vans and little things like that, army, coming from the base, going over the pass and about an hour after that there was something on the flatbed truck under a cover. And we could see it, all of us. I mean it’s a really small place. White Sands, right beside the road. and then I was playing tether-ball later that night, because we had already eaten and stuff. And I looked inside and my mom and my dad were talking to a man in a black suit and a black tie and this other guy was in an army suit. It reminded me of a 50s sci-fi movie. It was like an escort or something. I could just see them sitting on the living room couch and I could see them talking and I was outside playing tether-ball. I just cared about the tether-ball. My mom was really freaked out about the light. She was talking to me the whole night about it. And she came back out and I was like, ‘Who are those people?’ and she said, ‘Some people I work with’, and she was talking to me and she said the light was just another of the war games they are playing up on the mountain.” The man was adamant that what he saw was not something conventional. “This light was not a war game!”  NOTE: The above image is a rendering.