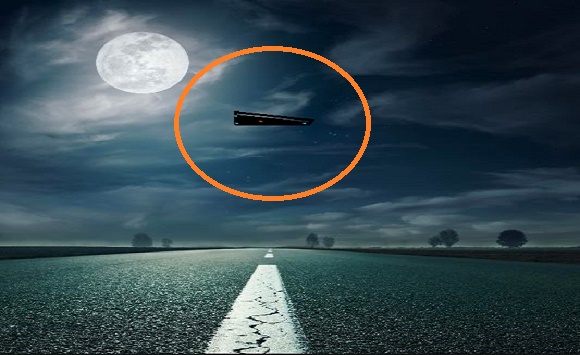 TRIANGLE CLOSE ENCOUNTER NEAR THE FLORIDA STATE LINE
AUGUST 10, 2014    …………   CHATHAM GEORGIA
My main purpose is to see if anyone else witnessed what I did, if someone could contact and let me know that would be great, also I could fill you in on better details, sorry for the spelling and grammar mistakes in advance.   It was between the dates of august 5-10 of 2014, somewhere south bound between Savannah GA. And Jacksonville fl. On 95 south, sometime after midnight, no later then 1:30 am .   The whole thing is strange , the sighting and my reaction to it, plus the event’s afterwards. So I’m driving south bound on 95 there is no traffic from either direction and above the highway is a bright white light.   At first thought it might be a helicopter or something, but quickly realized that is was not, the light was very bright.   I turned my radio off, and began to slow down thinking something had to be going on up ahead on the road or air.   As I got closer the light just got bigger and brighter, too blinding to make out what it could be, but as I began to drive under the light I could see the underside of a large airplane sized triangle with three neon blue colored doughnut shaped lights.   I was looking up through my windshield of my car while passing under the triangle and  i could see this thing very clearly, it was only right over the highway directly over my car, but when I was driving towards it before going under it, all I could see was a bright light, never expected to be passing directly under a triangle.   I immediately pulled over and by the time I came to a full stop and looked back and up it was gone, not a trace, and strangely I just drove off .   I felt very calm, but at the same time something was not right.   I felt like I was being watched or followed, just very strange feelings, and even now after all this time, a lot of strange things, ill talk more about that stuff another time, just a lot of unanswered questions, and feelings I cant begin to explain in text, so just have to report this in hopes of answers, and other witnesses. .. sincerely Christopher.  NOTE: The above image CGI.
.
KEN PFEIFER WORLD UFO  PHOTOS AND NEWS
WWW.WORLDUFOPHOTOSANDNEWS.ORG
WWW.WORLDUFOPHOTOS.ORG
THANKS TO WWW.MUFON.COM
.
.