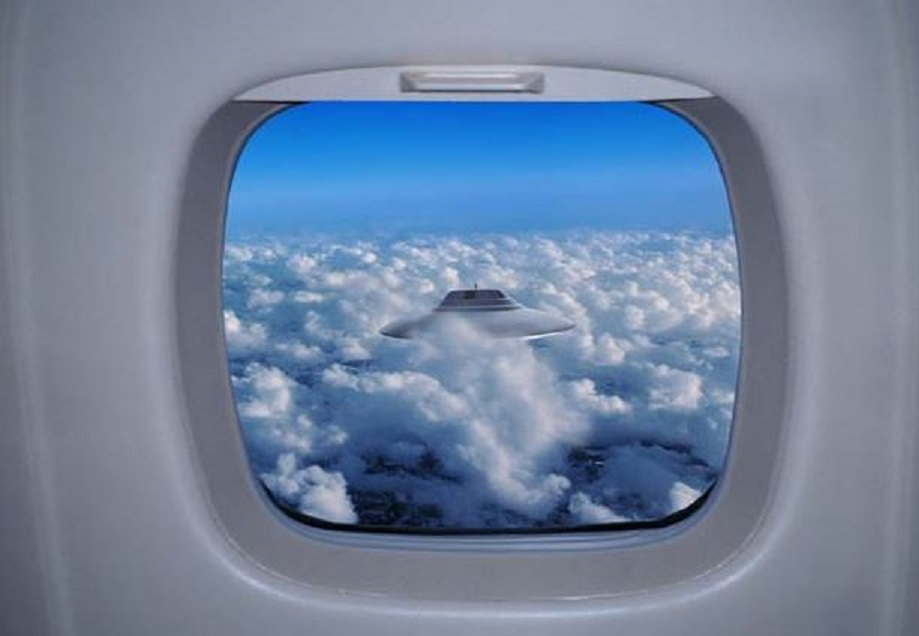 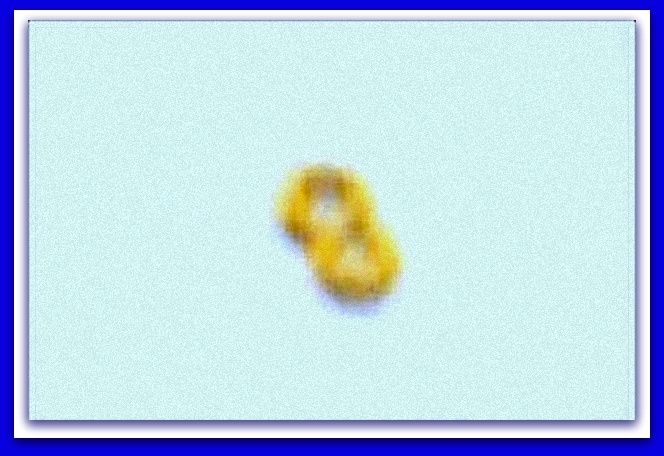 EXCELLENT PHOTOS OF A UFO OVER BOGATA COLUMBIA
.
APRIL 12, 2015 ……….. BOGATA COLUMBIA
.
A photographer named Richard Emblin, who is also the editor of the only English-language newspaper (“The City Paper”) distributed in the Colombian capital city, Bogotá, managed to photograph a UFO in the city’s skies with a Nikon 300s.  According to Emblin in the Mirror (article by Laura Connor), the object is a somewhat blurry figure 8 that moved through the skies of the capital and which he could see from his place of residence.  “I did not hoax my photo. On Sunday, April 12, I went out to my balcony, which faces to the east. It was a grey Sunday morning. The streets were empty and washed by the slight drizzle that had fallen overnight. When I looked up, I saw an object rising vertically skyward, behind the crest of the Cerros Orientales,” he added.  Richard Emblin, who is also a journalist, has published his work in prestigious media such as TIME magazine and the New York Times, among others. He believes this could harm his reputation, but he says, however, that his sighting did not resemble an airplane in the least.  “It wasn’t a single object – it looked like two. I was able to see the object changed shape. It could rise and descend quickly and go from one end of the city to another in seconds. The black spot appeared to have rings. Then it tilted, moved sideways and disappeared,” he adds.  Emblin asks his readers to draw their own conclusions, as he does not endeavor to convince anyone. He simply witnessed something mysterious over the Colombian capital.
.
KEN PFEIFER WORLD UFO PHOTOS AND NEWS.ORG
WWW.WORLDUFOPHOTOSANDNEWS.ORG
WWW.WORLDUFOPHOTOS.ORG
THANKS TO http://inexplicata.blogspot.com
.
.
. 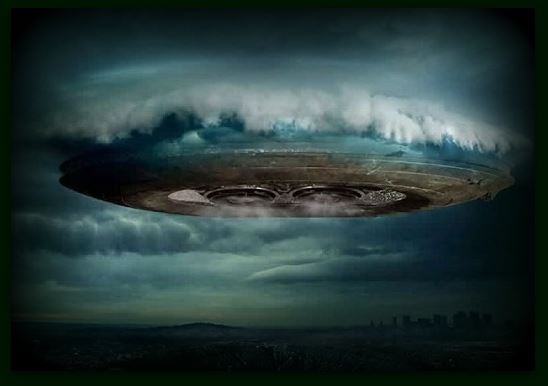 The weather was clear and a seasonable 43 degrees on 12-13 April, the night in 1879 when UFO ‘Mothership’ as they have come to be called, was seen over New York City.  The glowing circular shaped object was observed by Jersey City, NJ Astronomer Mr. Henry Harrison. The object gave the appearance of hovering at a very high altitude but Harrison realized that an object would have to be moving at great speed in order to remain overhead as the Earth turned. Needless to say this mystified Harrison as he made his remarkable observations because, like it or not, the object was generally *stationary even as the stars rose and set behind it.  He watched the object for the better part of three hours when suddenly it sharply changed its direction and began flying eastward. Harrison made additional observations later that night and quickly ruled out the Brorsen’s comet because the object simply wasn’t there any longer; a comet would have been.  Henry was a member in good standing with the Toronto Astronomical Society and realized that he needed to report his findings with an established scientific authority. The next day he sent a telegram to the US Naval Observatory in Washington, DC. His telegram was discarded by the director, world famous astronomer Asaph Hall III.  Upset with getting no response from an esteemed astronomical authority, Harrison wrote a letter to the editor of the New York Tribune. The newspaper published the letter on “A Curious Phenomenon” 17 April 1879. The contents of Harrison’s newspaper letter concerning his observations were also later published in the May 10th, 1879 edition of Scientific American (Vol 40 Issue 19).

He was swamped with letters from other astronomers and most certainly he caught his share of denigration from his critics about his supposed “sloppy scientific reporting” of the observation. The critics asserted that he probably just saw Brorsen’s comet.  But the rather militant Harrison knew that Brorsen’s comet would only move about a degree a day in the sky. Whereas, his object was moving at a rate of two minutes of Right Ascension per minute, a huge amount, a comet just wouldn’t be doing that.  Henry Harrison would ultimately get some peer validation from two New York regional astronomers; Mr. J. Spencer Devoe in Manhattanville and Mr. Henry M. Parkhurst. Devoe published a letter confirming his observation of the object the same night Harrison did and published his measurements at the urging of Parkhurst.  Harrison described his object as circular and bell shaped and clearly moving under intelligent control. Later, Morris K. Jessup, using a combination of measurements from the three regional astronomers, calculated that the object was over New York City for three hours. He further determined that the object was at an altitude of 80 to 100 miles above the Earth and estimated the bell shaped object to be about a half mile in diameter.  NOTE: The above image is a rendering.