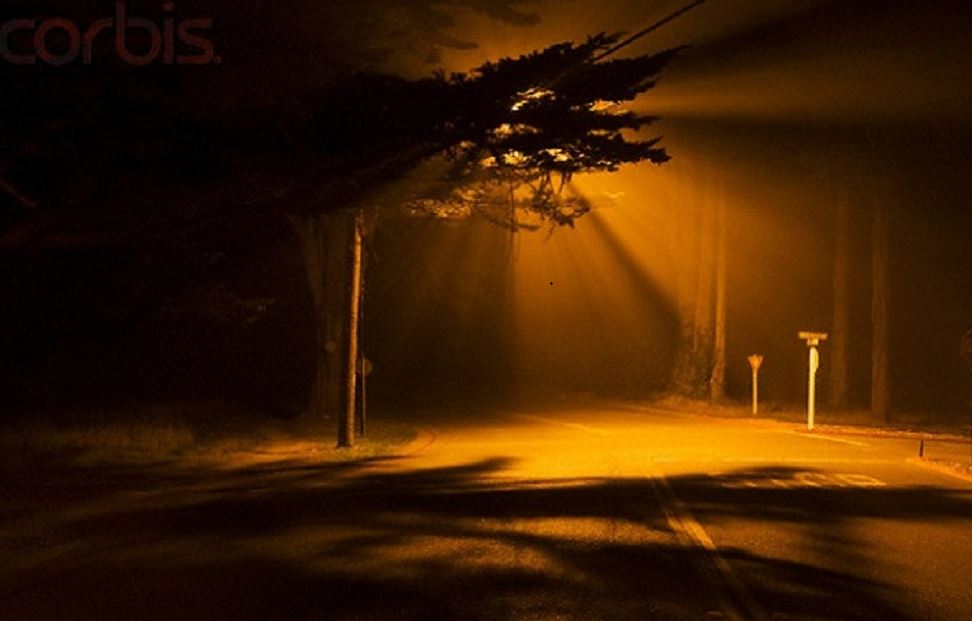 It was a summer night, I think around ’94-95.  My cousin was driving and his wife was in the passenger seat. I was in the backseat and so was their infant daughter. There is two blind s curves on hwy 70 south. We went through the 1st curve on to a straight away and my cousin yelled as if we were getting ready to be hit head on, I looked through the windsheield and there was a ball of light coming right at us travelling very fast. My cousin slammed on the brakes in the middle of the road. and the Ball flew what seemed inches above the top of the car.  The inside of the car lit up like it was daylight. It continued past us, I looked back and the ball turned (followed the road) around the s curve. We were all very upset because we had 1st thought we were about to be in an accident, and then it kicked it that we didn’t know what just happened. My cousin floored it and made it to his house (which was right before the 2nd s curve). We pulled into the drive way and all jumped out and we could see a smoke trail maybe 8-10 feet above the road where you could see the path it had taken. My cousin told his wife to go inside and get her grandmother that he thought a plane might be in trouble and crashing. Him and I jumped back in his car and follwed the smoke trail (back the way we had just came) and the trail made the curve perfectly we continued to follow it (even at night the smoke trail was easily seen) we can to a 4 way in the road (Franks Ferry Rd crosses Old Kentucky Rd) and at 1st we thought the trail had vanished. He stopped the car we both got out and the smoke trail made it to the 4way and went straight up into the sky right in the middle of the 4way. Perfect 90 degree turn straight up. We stood there and looked at each in awe and to be honest a little fear. We got back in the car and went back toward the house but this time we followed the smoke trail through the 2nd S curve and the road is a very curvy road with a lot of tree coverage etc and the smoke trail followed the road perfectly until we got to Rock Island and by then we couldn’t follow it any more because the trail was dissapating. We went back to his house and sat on the front porch with his wife and his wife’s grandmother looking at the smoke trail until it faded away talking about  Did we just see a UFO?  NOTE: The above image is CGI.