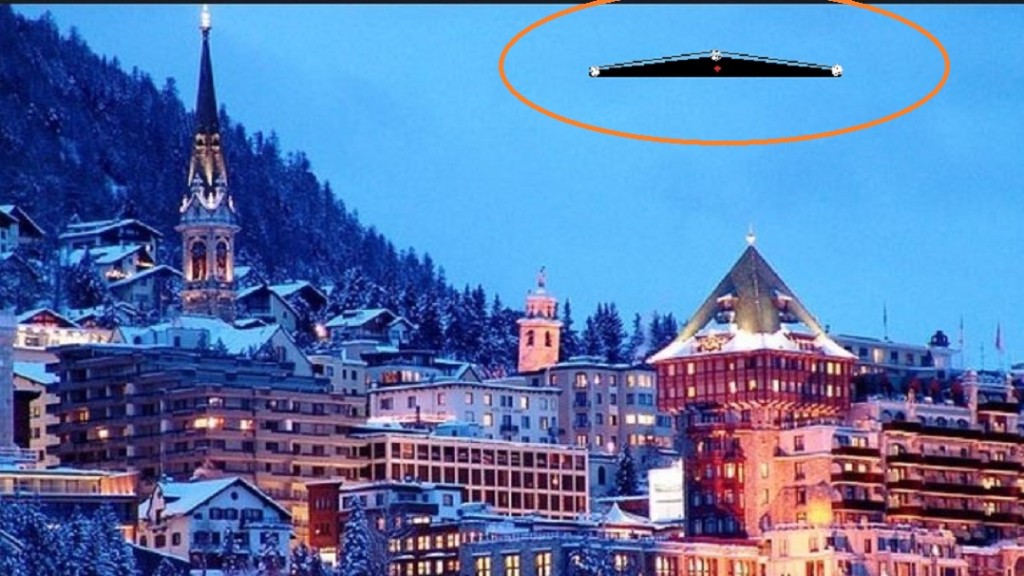 MANY WITNESSES TO ALIEN TRIANGLE OVER SWITZERLAND
.
OCTOBER 12, 2016  ………… LA PRAILLE SWITZERLAND
.
The sighting of a strange triangular shaped object over Geneva has once again opened the debate on the existence of UFOs. The inexplicable appearance of a flying saucer as big as a plane was observed by hundreds of people in  Geneva. It led to speculation about the craft being from some alien civilization.  The craft was seen hovering in the black skies over the La Praille area of Geneva just near a stadium and was witnessed by hundreds of excited onlookers. Many watchers quickly took pictures and uploaded it to social media sites like Twitter and Facebook. The strange object hovered over the night skies for about 20 seconds before it sped away and was soon out of sight. Many described it as oval shaped and flat-topped and glowed brightly in the heavens. The incident happened at 8.30 pm on Wednesday, October 12, 2016.  The incident was reported by Matías Vitkieviez, a Servette FC footballer who wrote on his FB post that the UFO was flying over the industrial area behind the stage of La Praille. Another witness described it as a huge circle which was as big as a plane. It was also sending out a shrill whistle like noise.  The witness continues and said that the scene lasted for about 20 seconds before the object departed. The object was not clearly visible on the pictures but was clearly visible to the onlookers. It was shaped like an oval and flattened object with three lights before it disappeared.  The control tower at Geneva International Airport, however, said in a statement that it did now find anything suspicious on its surveillance radar between 8.30 PM and Midnight. It bought a string of angry responses by onlookers on the social media.  Experts said that it was not a drone because it was too big to be mistaken for a drone. The lights were also glowing in different colors and not like the lights usually flashing on drones and aircraft.  NOTE: The above image is CGI.
.